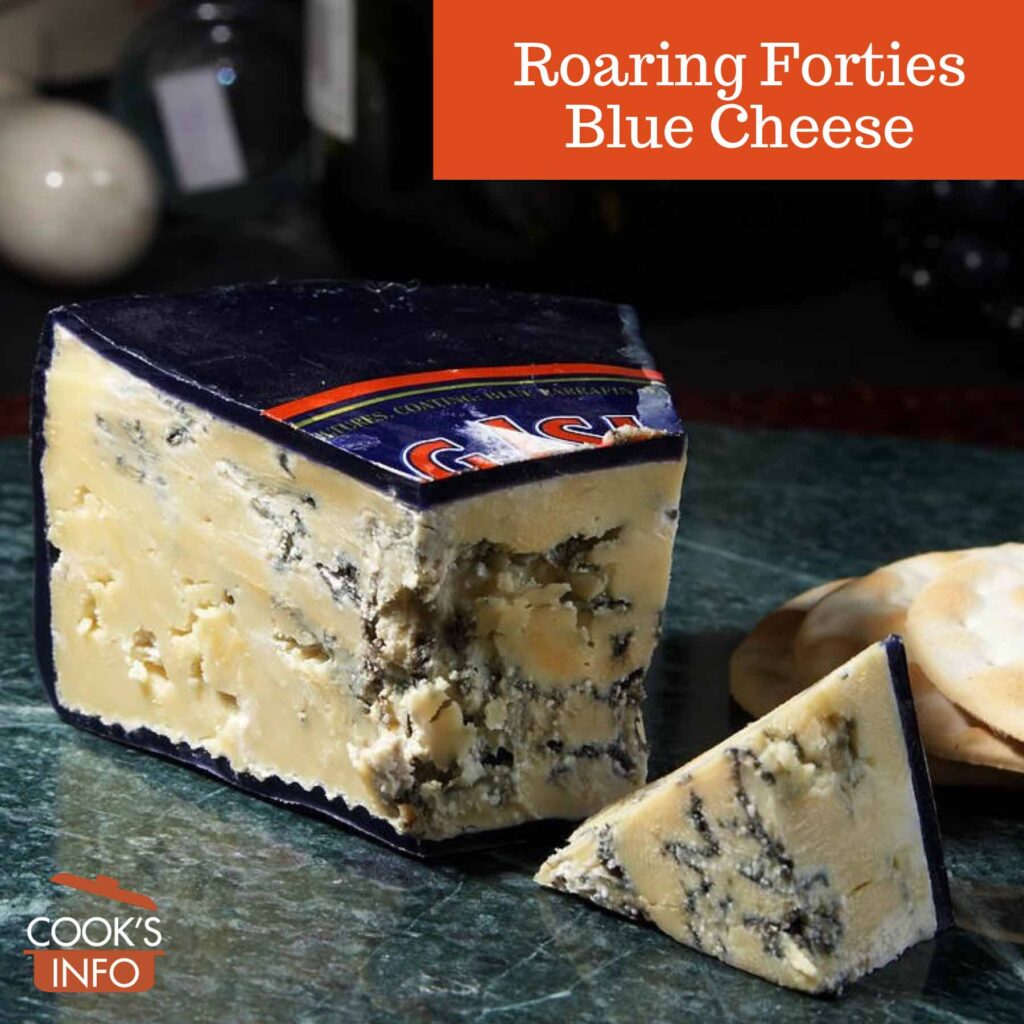 Roaring Forties is a rindless, mild-tasting blue cheese with a smooth, creamy texture.

It is made by Kings Island Dairy on King Island, an island on the Bass Strait to the south of Australia, between the Australian mainland, and Tasmania.

The cheese is named after the strong winds that blow along the 40° South Longitude, which passes through the island.

The cheese is made from pasteurized cow’s milk.

The cheese is made in rounds which are allowed to mature four to five weeks. The rounds are then covered in a dark blue wax which stops the mould from growing further.

The cheese was created sometime between 1993 and 1998 by Franck Beaurain, who would later go on to create Jindi Deluxe Blue Cheese for another company.

The cheese was the 2006 Champion at the 78th Annual British Empire Cheese Show in Ontario, Canada.

The island has many pastures of hay, but you can probably disregard the local legend: that straw mattresses from shipwrecks drifted ashore, and that seeds in the straw of the mattresses subsequently germinated.