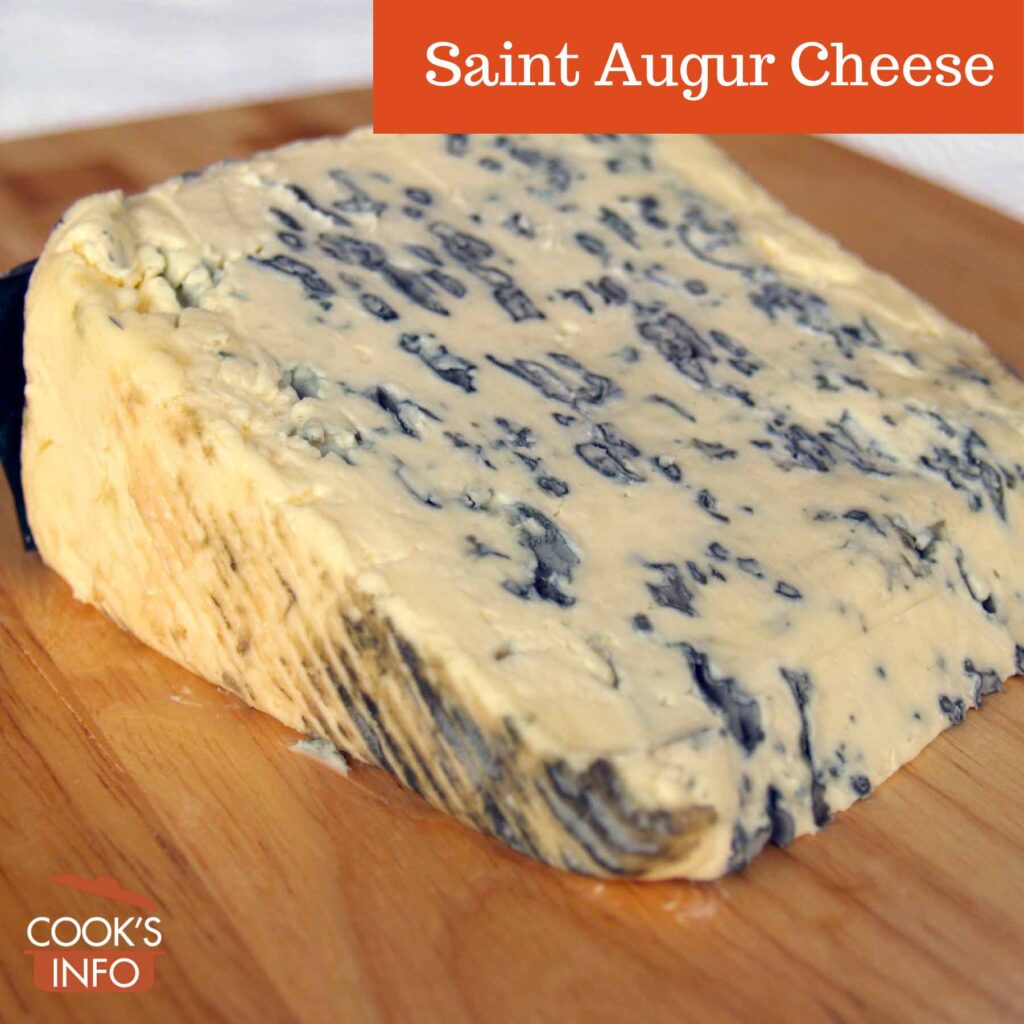 Saint Agur is a soft, creamy, spreadable, double-cream blue cheese with a slightly milder flavour than other blue cheeses. Less salty tasting than Roquefort, it is made from pasteurized cow’s milk enriched with a good deal of cream, enough for it to qualify as double-cream, and aged for at least two months. The veins of mould running through it are blue-grey; the outside crust of the cheese is a yellow-brown.

It is made in an octagonal shape, and has no rind. It is sold packaged in foil. The foil helps to stop the mould from developing any further than when it was packaged.

It is made by the French dairy company “Bongrain” only in a small village called “Monts du Velay” (Haute-Loire), in the Auvergne region of central France.

Another mild blue cheese, such as Danish Blue or Gorgonzola. 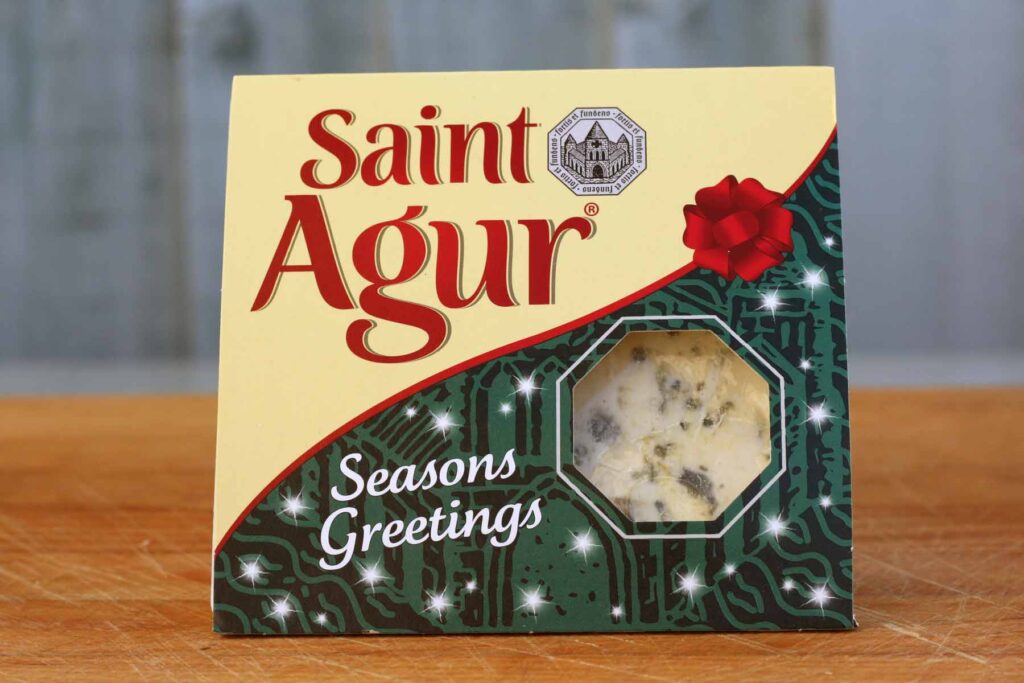 This web site generates income from affiliated links and ads at no cost to you to fund continued research · Information on this site is Copyright © 2022· Feel free to cite correctly, but copying whole pages for your website is content theft and will be DCMA'd.
Tagged With: Auvergne Cheeses, Auvergne Food, French Cheeses