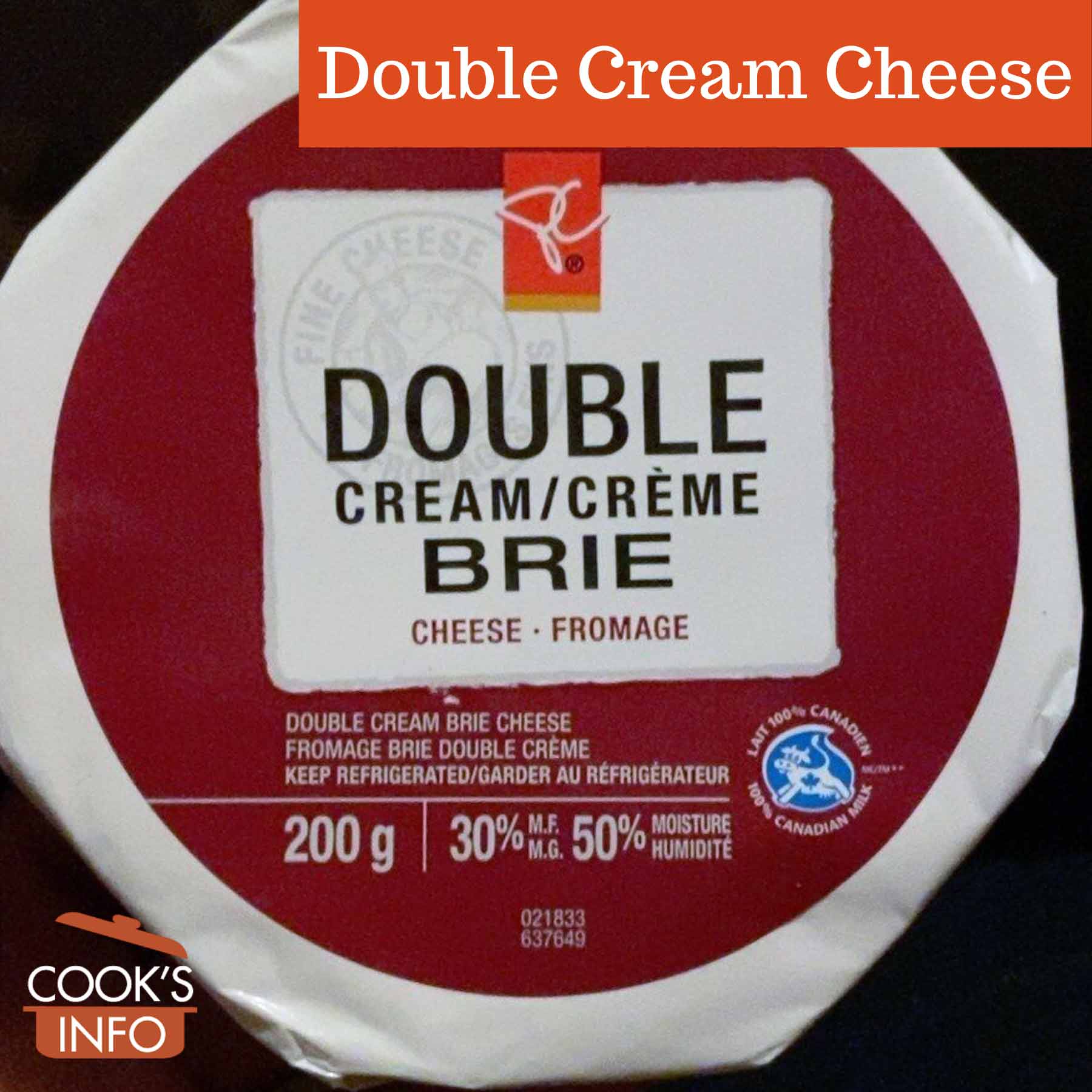 The term “Double-Cream Cheese” does not refer to the type of cheese called “cream cheese.”

It means how much of a cheese’s weight would be fat, if that cheese were dried out. In France, by law at least, that percentage must be 60 %. Producers in other countries often, but not always, follow that guideline.

How is double cream cheese defined?

“Double cream” when applied to a cheese describes the percentage of a cheese that would be butterfat (aka milk fat) if moisture were removed from a cheese. It means of the “dry matter” in a cheese, 60% or more of that is fat. A term for that is “Fat in Dry Matter”, with the abbreviation of FDM.

In other words, if a cheese were completely dried out of all water, liquid, etc., what would be left is called “dry matter”: this dry matter is composed of compounds such as butterfat, lactose, minerals, protein, etc.

Assuming that most soft cheeses are about 50% moisture, that would mean that the other half, 50%, of the cheese was then dry matter. If 60% of that dry matter half was fat, then of the 100% of the cheese (with moisture restored), there would be about 30% or more overall fat content as a percentage of the whole normal cheese. So, just to be absolutely clear, if the fat content is 60% of the half, then it’s only 30% of the whole. You may see double fat cheeses labelled that way.

The label of this 200 g Canadian cheese calling itself “double fat” shows 50%  (which in this case is 100 g) moisture content. So the other 50% of the cheese, 100 g, is dry matter. The label also shows 30% of the total weight of 200 g being milk fat (aka butterfat). So therefore 60 g of the total weight is milk fat. Evaporate away the 100 g of moisture, and we are left with 60 g of fat in 100 g of solids, leaving us with a percentage of 60% butterfat content. Thus, this cheese is adhering to the definition, even though not legally required to in Canada.

Why measure butterfat content in cheese in such a complicated way? 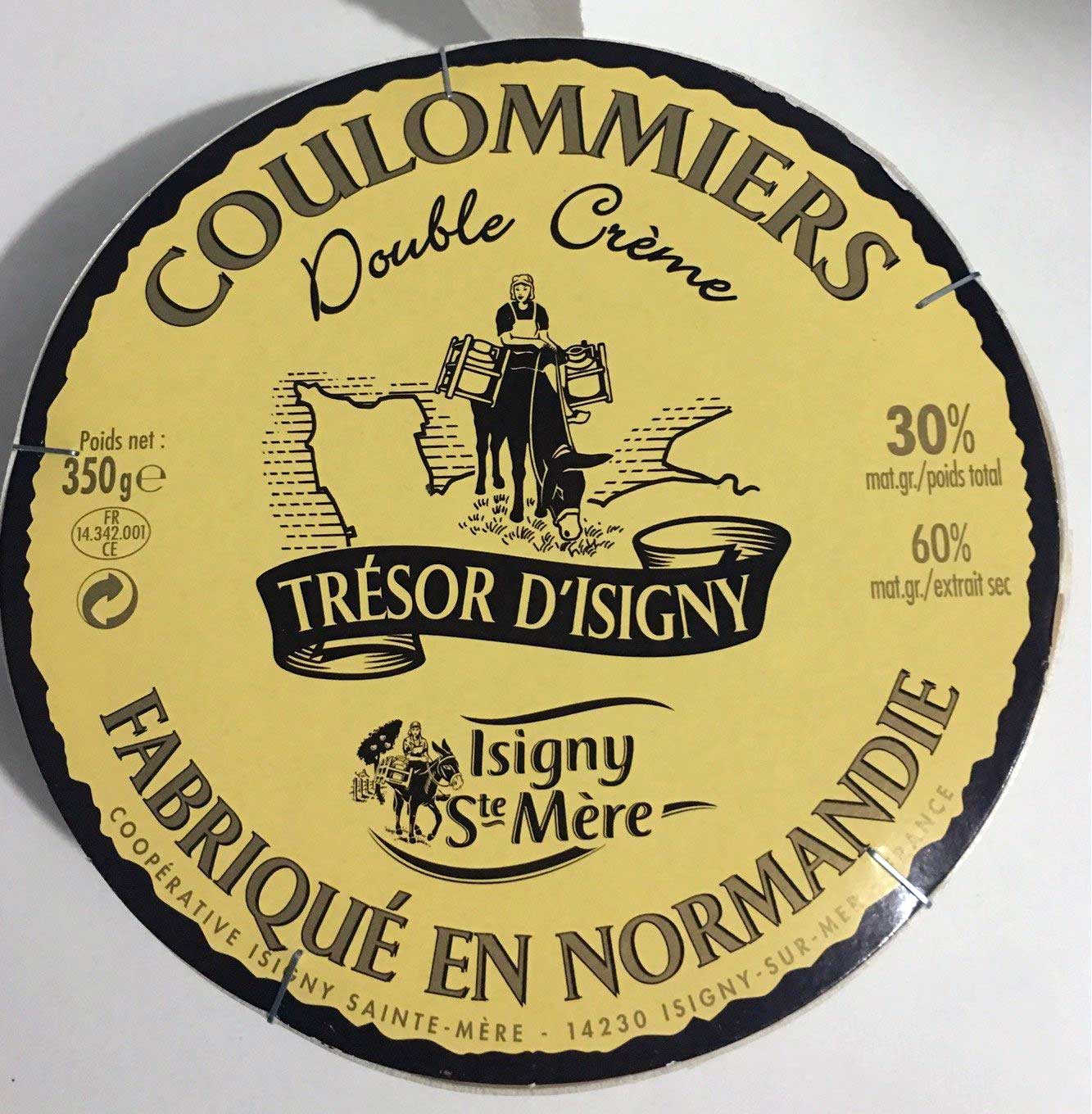 Typically, getting a cheese to “double cream” is  achieved by adding cream to the milk before the milk is curdled to form the curd.

The legal definition of double cream in France

Double crème is the French term.

The term is legally defined in French legislation:

(“Double cream: when the cheese or cheese specialty contains from 60 grams to less than 75 grams of fat per 100 grams of product after complete drying.”)

Double Cream outside of France

In France, the use of the term “double crème” is protected by law.

Outside of France, the term is not necessarily protected. The term “double cream” is not listed in the U.S. Code of Federal Regulations [2]https://www.ecfr.gov/, so cheese producers can play fast and loose with the term “double cream”, advertising cheeses with only 30% butterfat content as being double cream. In fact, in 2022, a cheese made by the Agropur Company in Canada labelled as “l’Extra double-crème” in fact only had 28% butterfat content. [3]The government of Canada’s terminology and linguistic data base does give a definition of 60%, but it’s not clear if that necessarily has any legal impact. “Single Creams contain at least 50% butterfat in the cheese solids (dry matter); Double Creams contain at least 60% butterfat” — Accessed January 2022 at https://www.btb.termiumplus.gc.ca/tpv2alpha/alpha-fra.html?lang=fra&i=&index=alt&srchtxt=DOUBLE%20CREAM%20CHEESE

If, in an American producer’s mind a version of a cheese they are making is “double cream” because they are using twice the fat they would in their regular version of that cheese, then they go ahead and legally sell it to unwitting consumers as “double cream.”

When you understand how the advertised moisture content on a cheese label affects the actual content, it becomes easier to understand that double-cream soft cheeses are not necessarily more fattening than non double-cream cheeses:

“These gooier soft-ripened cheeses are made with a significant amount of moisture, as opposed to something dry and firm [with] very little water left in it at all,” [Lauren Toth of Murray’s Cheese] points out. “Indeed, Brillat-Savarin’s overall fat content of 38 percent is similar to that in an equal-size serving of Parmigiano Reggiano, which typically hovers around 30 percent.” — Jannuzzi, Kristine. Crème de la (Triple) Crème. Portland, Maine: Culture Cheese Magazine. 28 November 2018. Accessed January 2022 at https://culturecheesemag.com/stories/creme-de-la-triple-creme/

Reputedly, the first double-crème cheese was “Petit Suisse”, made in 1850 in Normandy.

This web site generates income from affiliated links and ads at no cost to you to fund continued research · Information on this site is Copyright © 2022· Feel free to cite correctly, but copying whole pages for your website is content theft and will be DCMA'd.
Tagged With: Fat Content of Cheeses