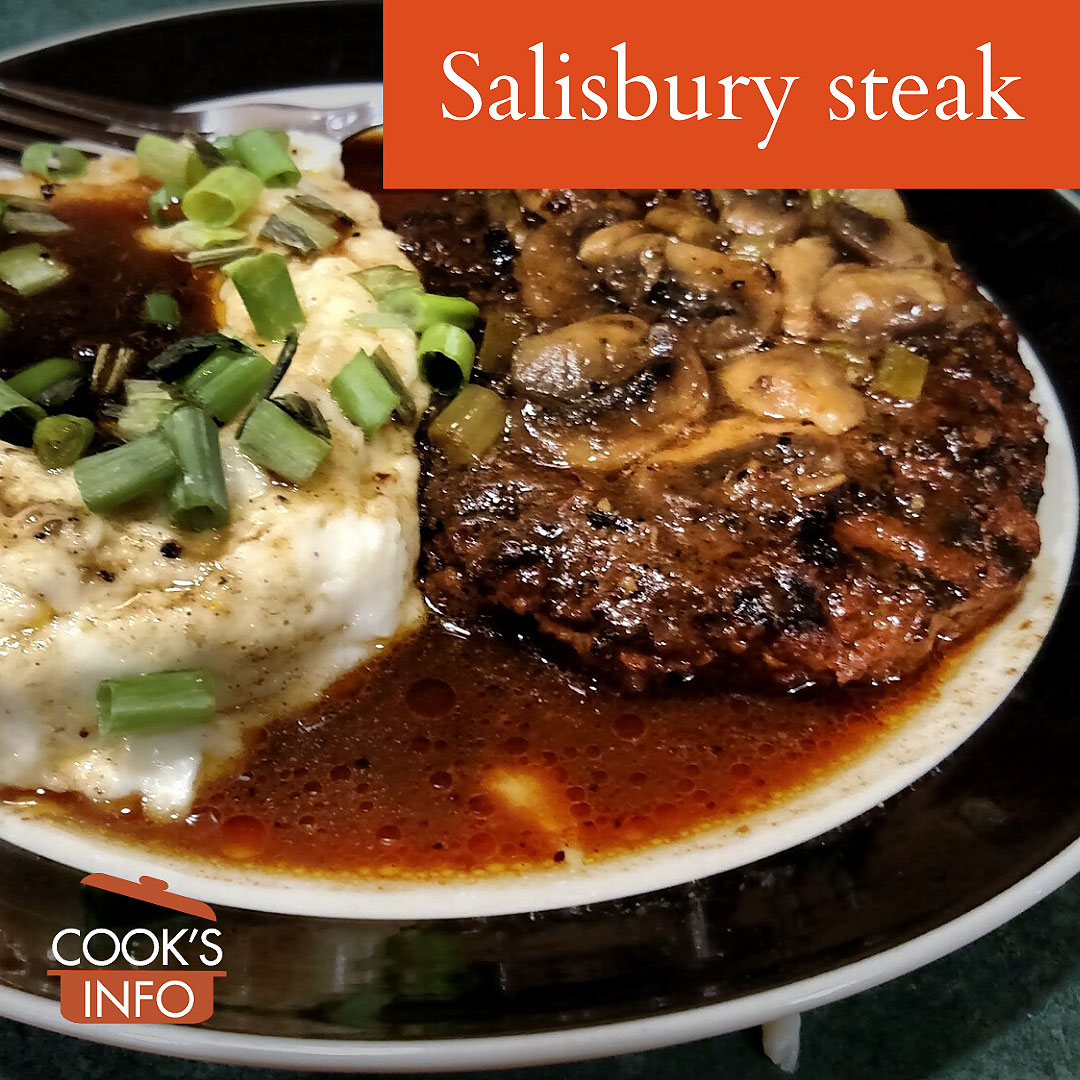 Salisbury steak (aka hamburger steak) is the American name for a seasoned beef patty made from ground beef. It is cooked and then served on a plate as the “main event”, as you would a cut of meat, with a side of potato (typically mashed) and with vegetables, and usually a sauce, typically gravy.

The original intent was that it was to be broiled, but you may be just as likely to get it pan-fried now.

It is known by different names across Europe.

Vegetarian versions are also made.

Salisbury steak was “invented” in America in the 1890s, had a resurgence of popularity in the 1950s, and is still around today.  The term “invented” is used loosely, as it has probably been made throughout history in many forms under many names before that.

Dr J.H. (James) Salisbury (1823-1905) was born in New York. He had been a physician at Union Army camps in Ohio during the American Civil War. During that period, he developed the idea that broiled beef and coffee (sic) could help cure diarrhea afflicting soldiers in the army camps. That wasn’t the first of his dubious ideas, but it didn’t dampen his career, or enthusiasm.

In 1888, he wrote a book (“The Relation of Alimentation and Disease”) in which he recommended that for general health people should eat chopped beef three times a day. In this book, he included a recipe for a beef patty. His recommendations became a diet fad for a couple of decades. The diet faded, but the “steak” has remained — in fact, this is now his claim to fame.

There is a slightly incorrect version being told, in which J.H. Salisbury becomes English; but that may be a matter of someone confusing J.H. Salisbury up with J.J. (John James) Sainsbury, who along with his sister founded the large food store chain in the UK. 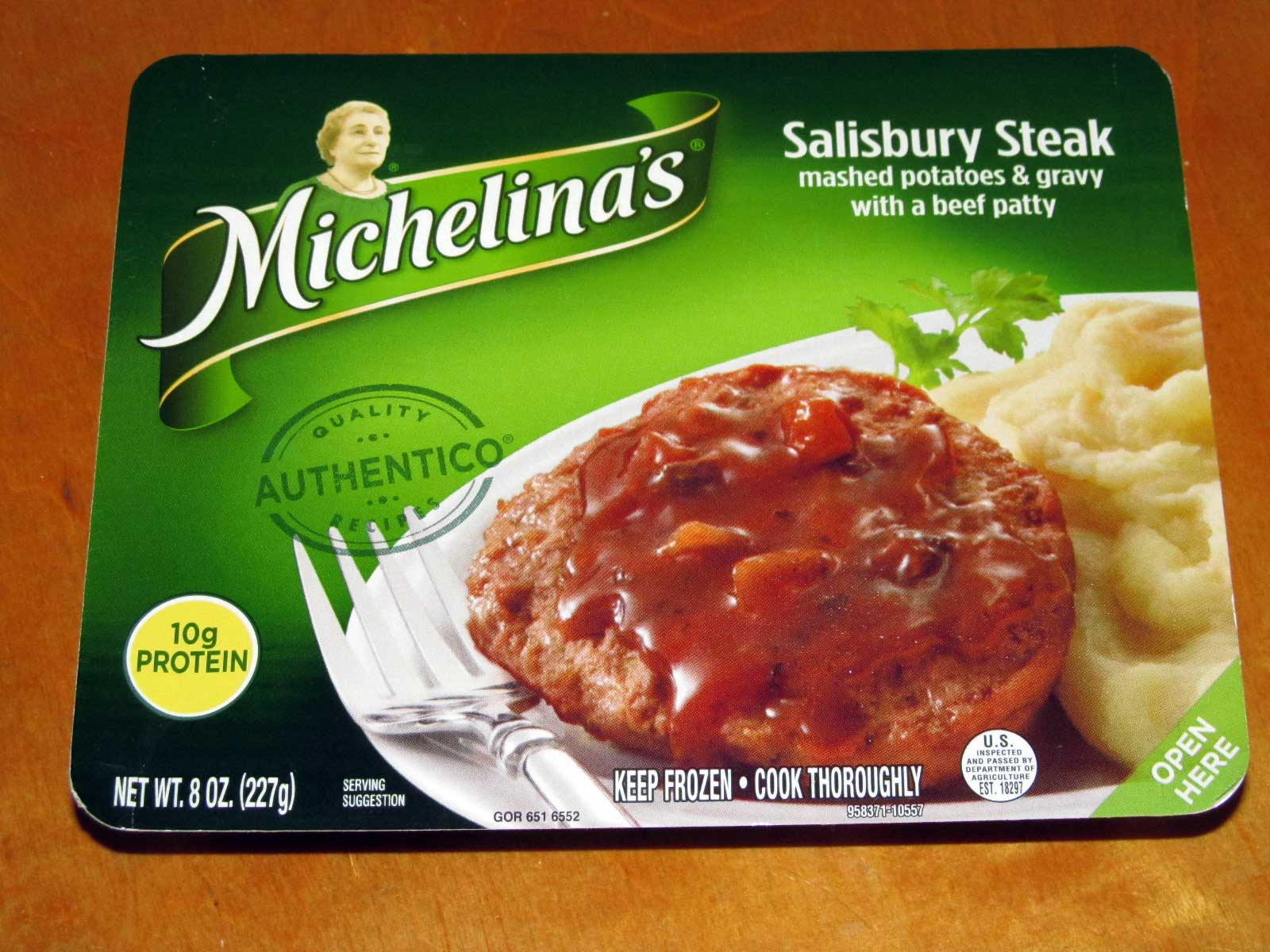 “Eat the muscle pulp of lean beef made into cakes and broiled. This pulp should be as free as possible from connective or glue tissue, fat and cartilage. … The pulp should not be pressed too firmly together before broiling, or it will taste livery. Simply press it sufficiently to hold it together. Make the cakes from half an inch to an inch thick. Broil slowly and moderately well over a fire free from blaze and smoke. When cooked, put it on a hot plate and season to taste with butter, pepper, salt; also use either Worcestershire or Halford sauce, mustard, horseradish or lemon juice on the meat if desired.” — J.H. Salisbury, in “The Relation of Alimentation and Disease” (1888). 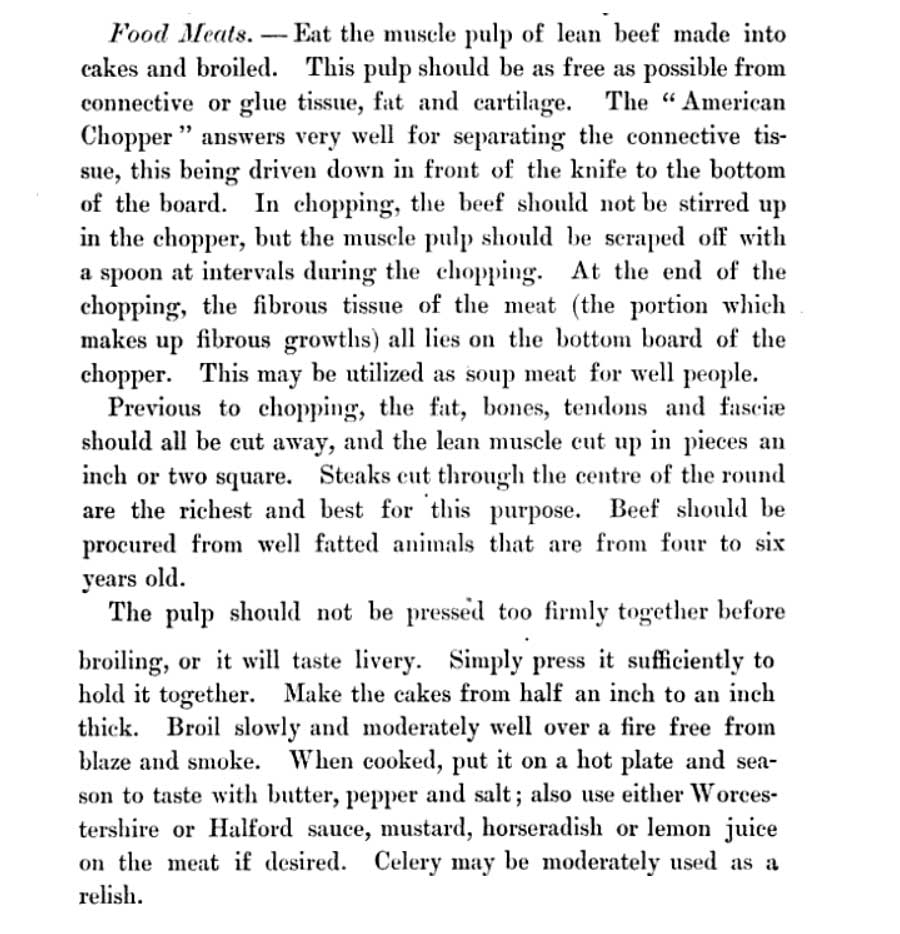 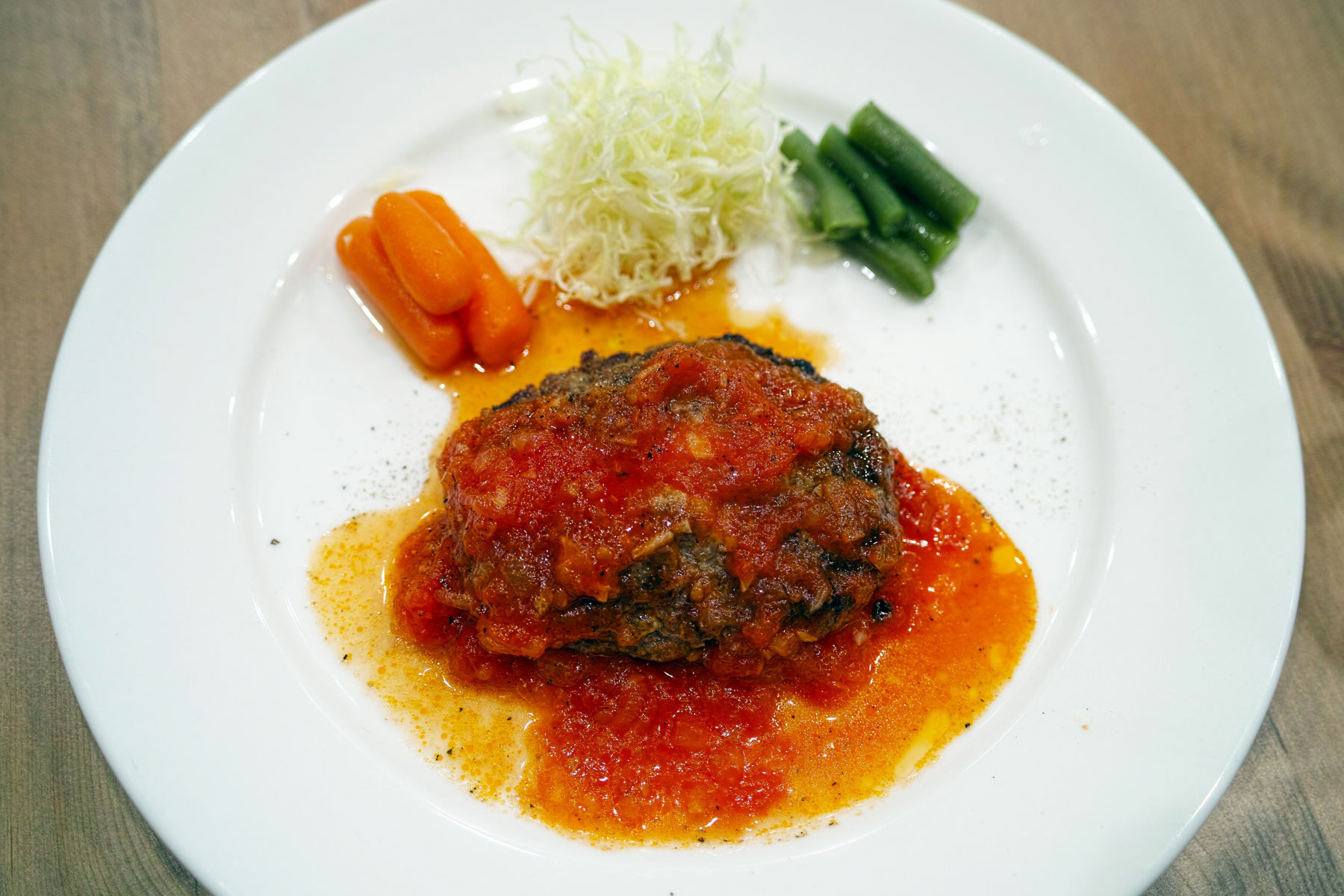 This web site generates income from affiliated links and ads at no cost to you to fund continued research · Information on this site is Copyright © 2022· Feel free to cite correctly, but copying whole pages for your website is content theft and will be DCMA'd.
Tagged With: American Food, Beef Steaks, Salisbury Steak, Steak