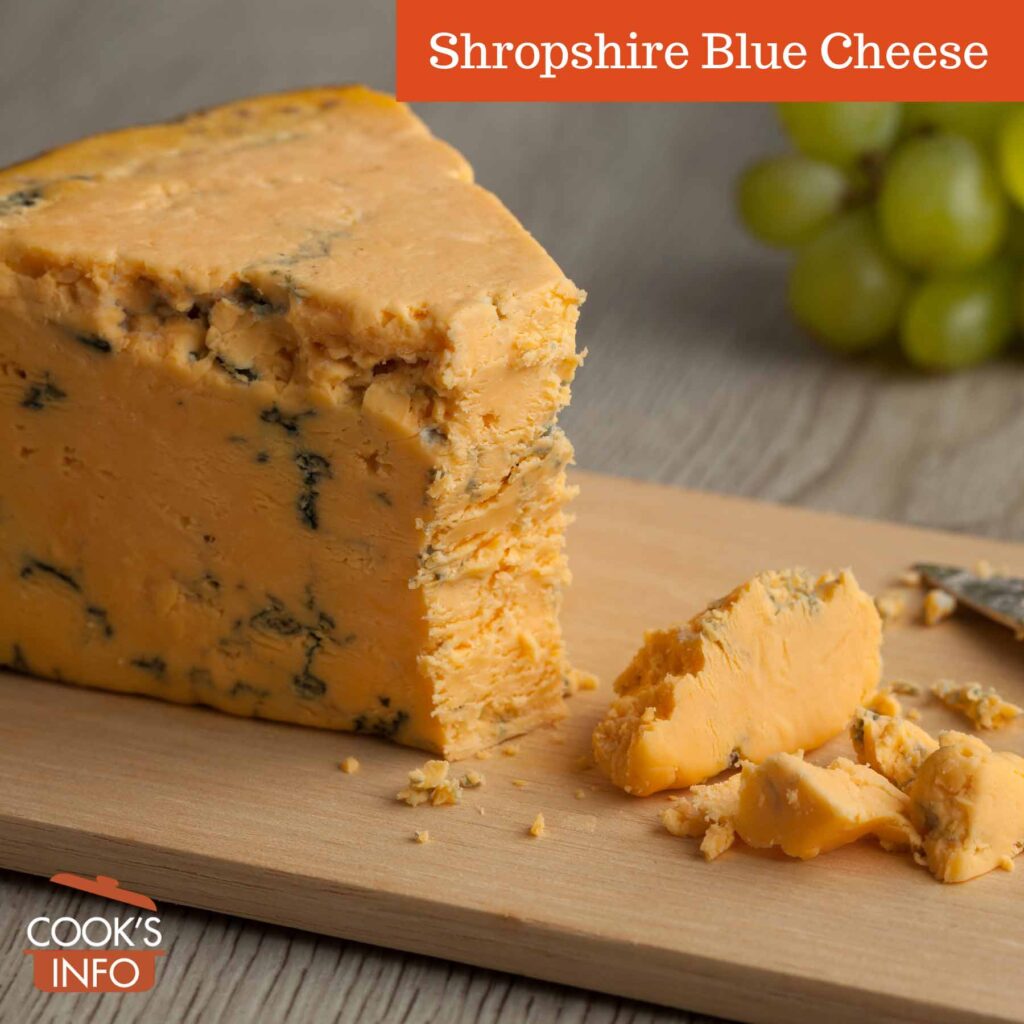 Shropshire Blue is an English orange cheese with veins of greenish-blue mould growing in it.

It tastes somewhat like a cheddar with the tang of a blue cheese. It is somewhat milder and sweeter than Stilton.

Despite its name, Shropshire Blue is actually made in Nottinghamshire, by methods similar to Stilton.

Pasteurized cow’s milk is curdled with a vegetarian rennet, and inoculated with Penicillium roqueforti.

The cheese is coloured with annatto, which makes the cheese an orangish-yellow. 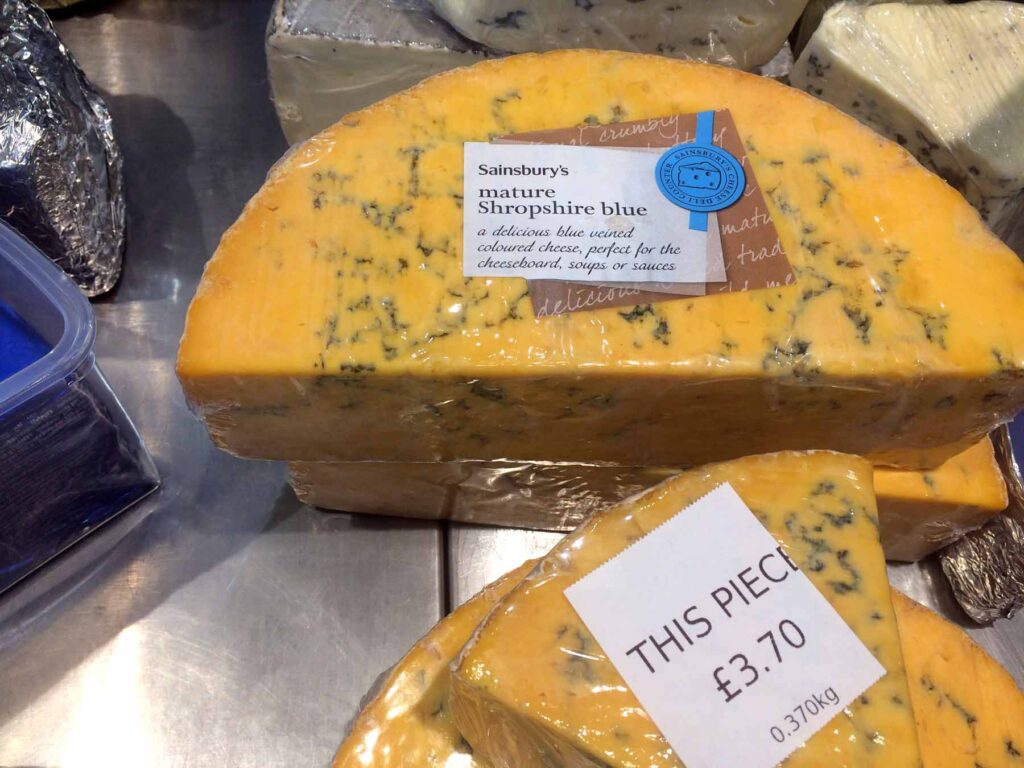 Shropshire Blue was developed in the 1970s in Inverness, Scotland by a man named Andy Williamson, who had learned how to make blue cheeses in Nottinghamshire, England. It was originally called “Inverness-shire Blue”.

Throughout the rest of the UK, though, it was marketed as “Shropshire Blue.” When the creamery in Scotland that made it was shut down in 1980, two dairies in Nottinghamshire, Clawson Dairy and Colston Bassett Dairy, picked up the recipe. 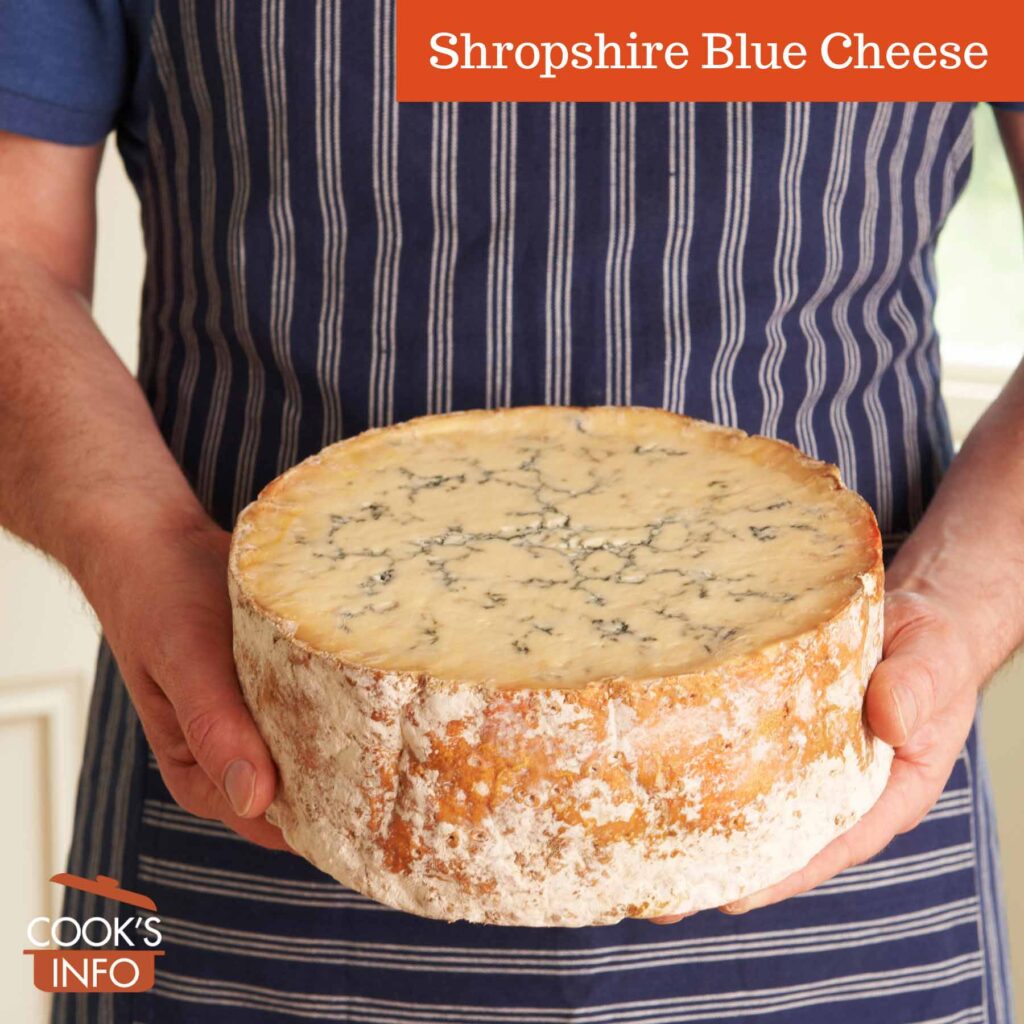 This web site generates income from affiliated links and ads at no cost to you to fund continued research · Information on this site is Copyright © 2022· Feel free to cite correctly, but copying whole pages for your website is content theft and will be DCMA'd.
Tagged With: British Cheeses, Nottinghamshire Food