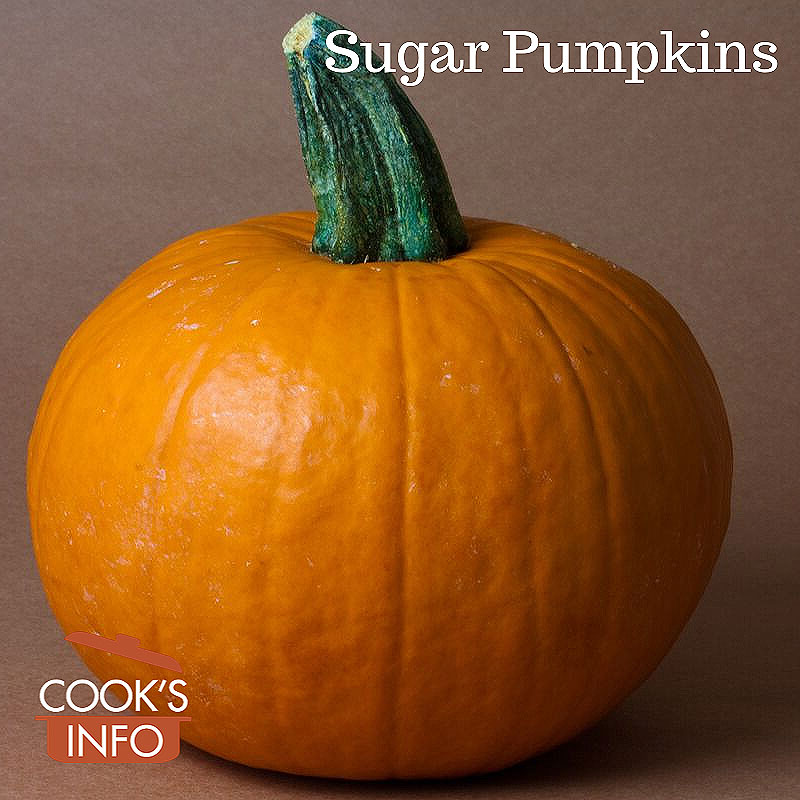 Inside, they have thick, sweet, finely-textured bright-orangey yellowish flesh that is not watery or stringy, and that has very good taste.

These are also called pie pumpkins by some people, though that is actually a category to which many pumpkins belong.

Many people prefer them for pies as they feel that the taste is sweeter than the large pumpkins, and that the flavour is more pumpkiny. Bon Appétit says, “Sugar pumpkins are smaller, sweeter, and less fibrous, which makes them a great choice for cooking… Their solid texture turns creamy with roasting, steaming, sautéing, or pureeing. And their sweet-savory flavor works as well with sweet ingredients as it does with savory ones.” [1]Albert, Amy. Sugar Pumpkins. Bon Appétit. 11 December 2007.

Not everyone is a fan of sugar pumpkins being used for pies, though. Nadia Arumugam, a food writer for Forbes and Slate magazines, writes:

“Whatever you do, don’t be fooled by the deceptively titled Sugar Pumpkin, or Pie Pumpkin. If there ever was a pumpkin worth eating this would be it, but it’s much better suited to savory applications. Its flavor is bold and grassy, almost herbaceous. If there is any sugar in there, I’ve had no luck coaxing it out.  It has a fibrous flesh that roasts well but doesn’t break down to the meltingly soft and fluffy puree a smooth textured, velvety pie requires. No matter how long you cook it, or obliterate it in a blender, it maintains a slightly grainy mouthfeel. [2]Arumugam, Nadia. Why You Want Canned Pumpkin For A Better Pie, Not Fresh. Forbes Magazine. 19 November 2013.

Sugar pumpkin was a known variety since at least the 1880s. The Burpee company sold seeds for it: “When Mr. Burpee offered it in 1887 he said: “A very prolific and handsome little pumpkin; usual size about 10″ in diameter; skin is a deep orange-yellow. It is very fine-grained, sweet and sugary, and keeps well.” [3]”Pumpkin, Small Sugar.” Burpee Seed Catalogue. Accessed September 2019 at https://www.burpee.com/vegetables/pumpkins/pumpkin-small-sugar-prod000867.html

“From the 1800s, [small sugar] is a smaller version of the Connecticut Field pumpkin, but it lacks the stringy fibers.” [4]Coulter, Lynn. Gardening with Heirloom Seeds. University of North Carolina Press. 2006. Page 288. 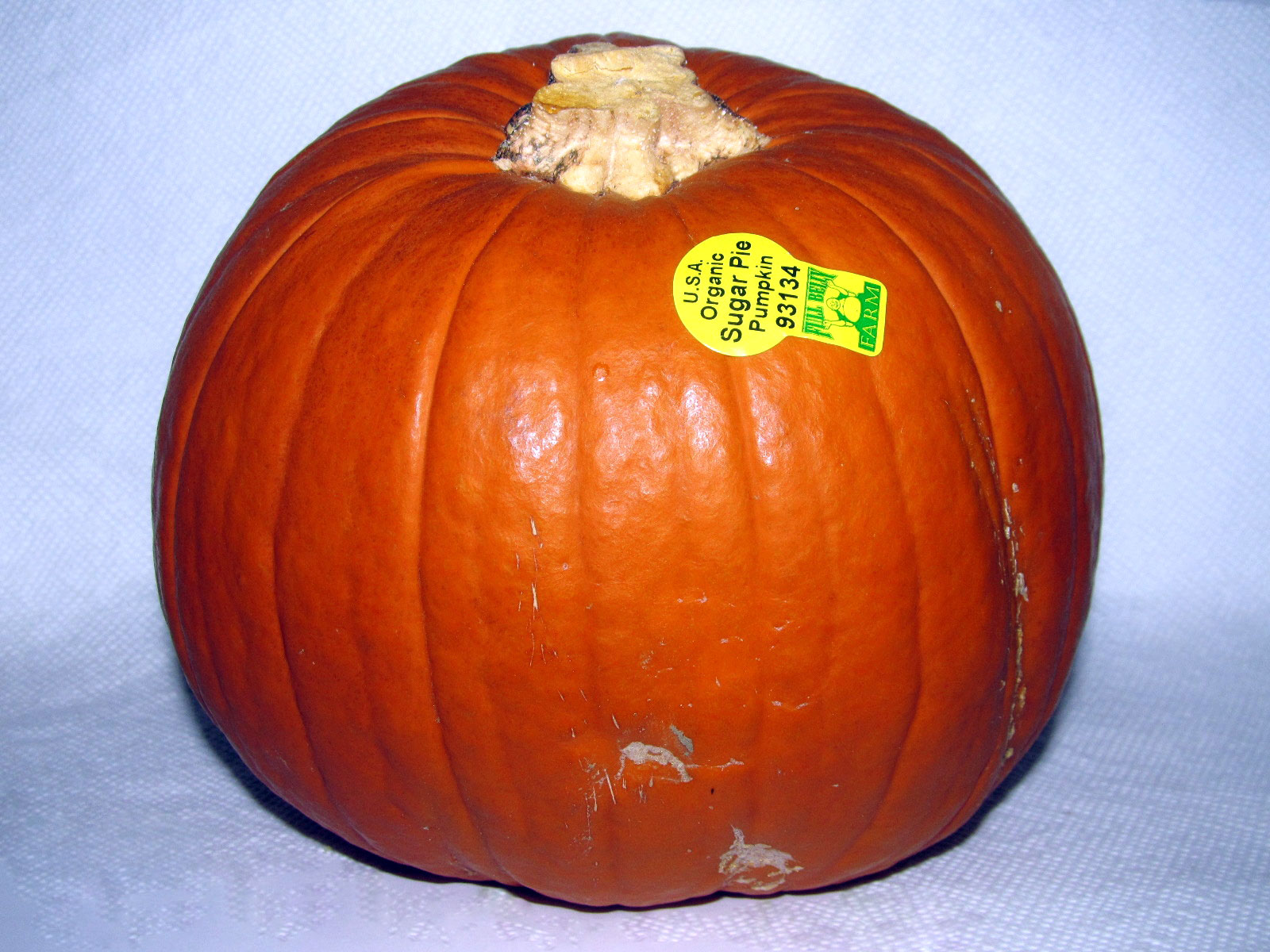 This web site generates income from affiliated links and ads at no cost to you to fund continued research · Information on this site is Copyright © 2022· Feel free to cite correctly, but copying whole pages for your website is content theft and will be DCMA'd.
Tagged With: Pie Pumpkins