×
You are here: Home / Kitchenware / Spatulas 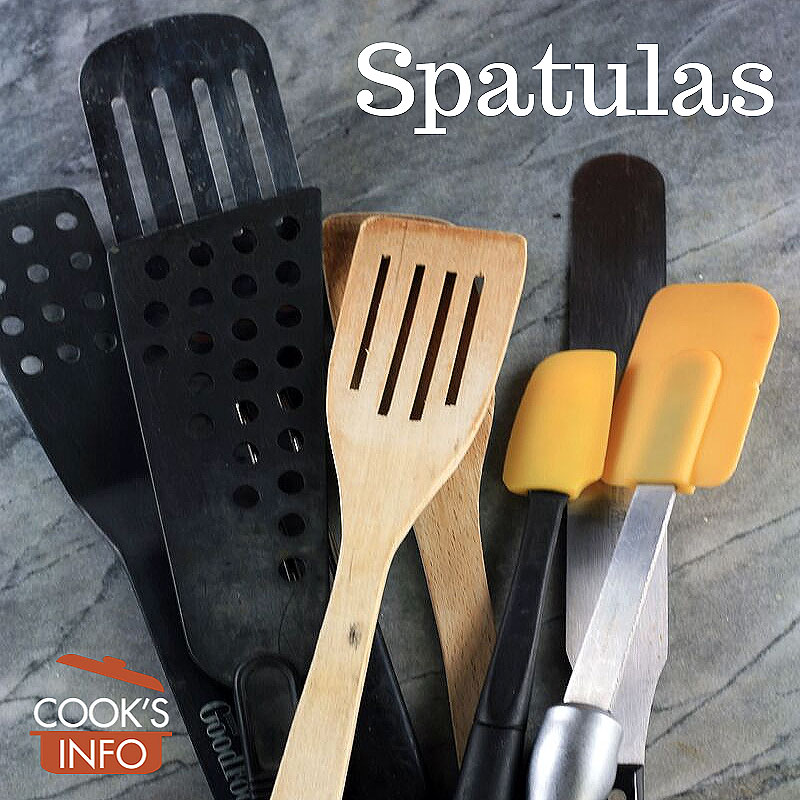 The word “spatula” has so many meanings in English, varying even between regions and generations, that CooksInfo found it necessary to make arbitrary, and granted perhaps artificial, distinctions for the purpose of this site in order to distinguish the different definitions.

“Spatula” comes from the Latin word “spatha” (which came from the Greek word “spathe”), which was a long, straight, narrow Roman sword (longer, anyway, that the short “gladius” sword that it started to replace for non-infantry personnel towards the end of the second century) made from layers of iron and steel. On this basis, some argue (and quite convincingly), that the word spatula should only be applied to “palette knives”, which most closely resemble that Roman sword (minus the pointy tip, of course.)

The adventurous souls amongst you may wish to try pluralizing it as “spatulae” the next time you get to use the word in an email to friends. 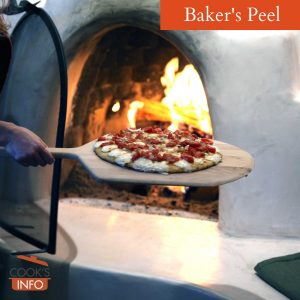 A baker's peel is a tool used to lift large baked goods such as breads and pizzas into and out of the oven.

A fish slice is an elongated cooking spatula with slots or slits in it, allowing liquid or fat to drain a bit off the food being lifted. 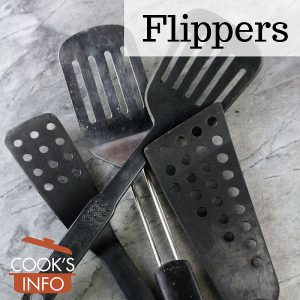 Flippers are tools used to turn food over while cooking, typically in a frying pan or on a griddle. They can be made of metal or plastic. 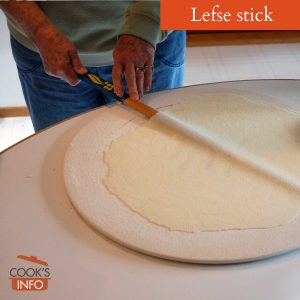 A lefse stick is a carved wooden stick used to turn the large flatbreads known as "lefses" while cooking them on a griddle. 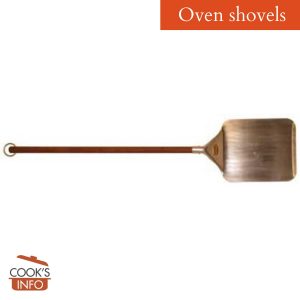 Oven shovels are tools used to lift items into and out of ovens. Some are used to remove ashes from wood-burning ovens. 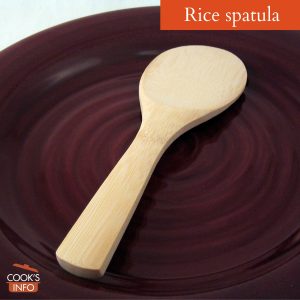 A rice paddle with a somewhat flattened bowl at the end. It is used to stir cooked rice when making sushi. 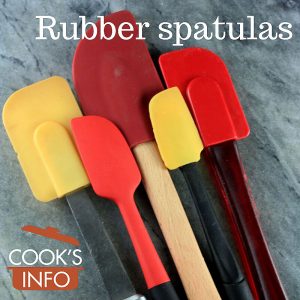 Rubber spatulas are used for scraping food out of vessels, such as cleaning something out of a jar, or scraping a cake batter out of a bowl. In a pinch, they can also be used for stirring. 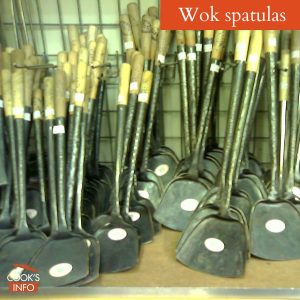 A wok spatula is a long-handled spatula used for stir-frying in a wok. The handle will be long to help keep the hands of the cook away from the intense heat of a wok