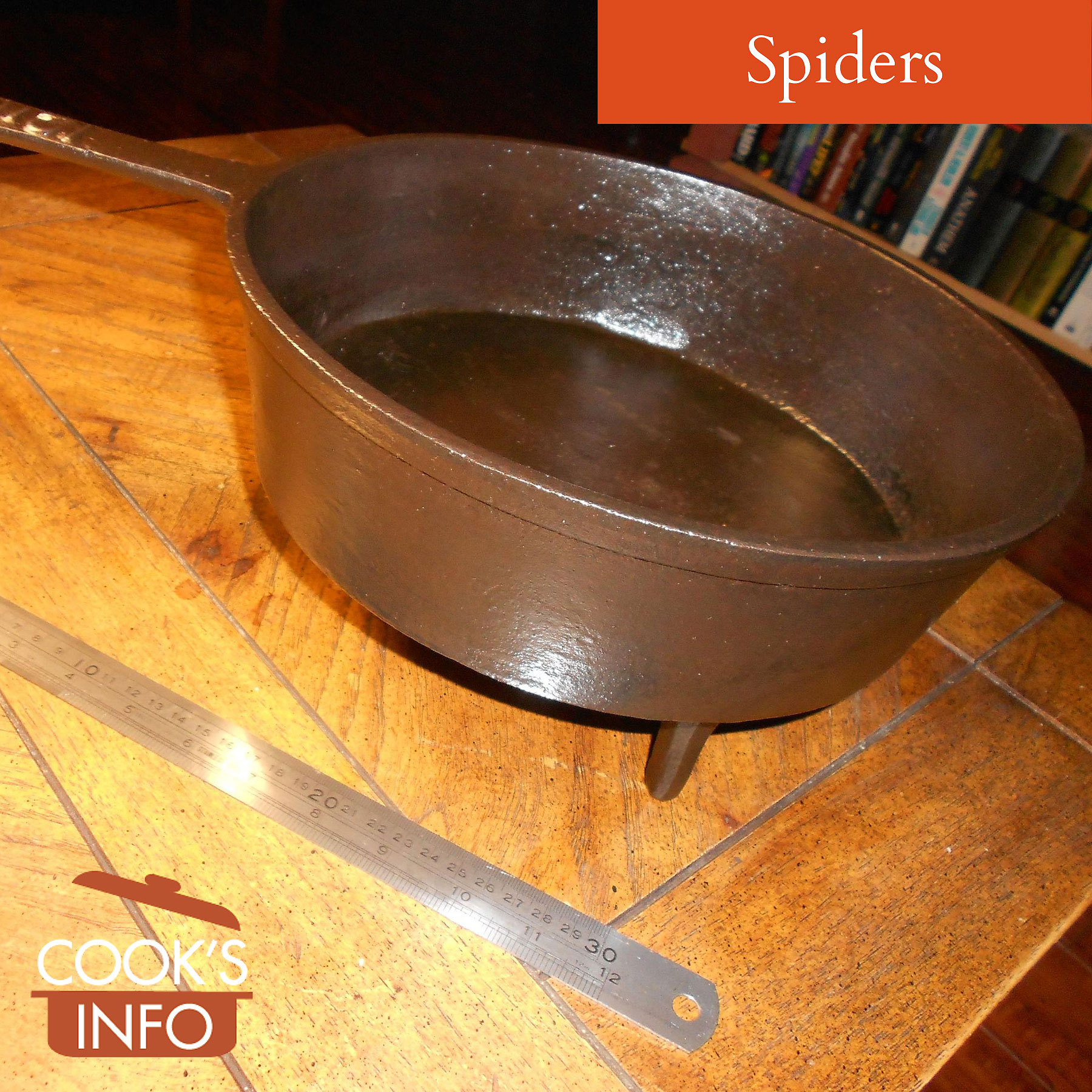 Spiders were frying pans with long handles, and three legs on them. The pan itself had a flat bottom and slanted slides. Some designs, though, had rounded bottoms, making them look like a wok on stilts.

Typically the legs were very tall, but there was no standard, as seen in the photo above of one from 1850 with short legs. (It may have had its legs shortened!)

They were designed to allow you to fry food over the coals in a hearth, without having to stand there and hold the frying pan all that time. They both held the pan an optimal distance from the direct heat coming from a fire, and in doing so, also raised the pan up away from floor level to make it easier to work with the food items in the pan without having to bend down so much.

They can’t be used on modern stove tops, as the legs raise the pan too high above the heat source.

They seem to have first appeared around 1790, as evidenced by an advertisement in The Pennsylvania Packet.

The first ones were sheet iron with legs welded on. By the mid-1800s, they were made of cast iron.

“I wake from dreams of polar ice, on which I’ve been a slider,

Like fishes dreaming of the sea and waking in the spider.”

The name is an Americanism. Sometimes the word “spider” is still used in some places in America to refer to a regular frying pan.

This web site generates income from affiliated links and ads at no cost to you to fund continued research · Information on this site is Copyright © 2022· Feel free to cite correctly, but copying whole pages for your website is content theft and will be DCMA'd.
Tagged With: Pans