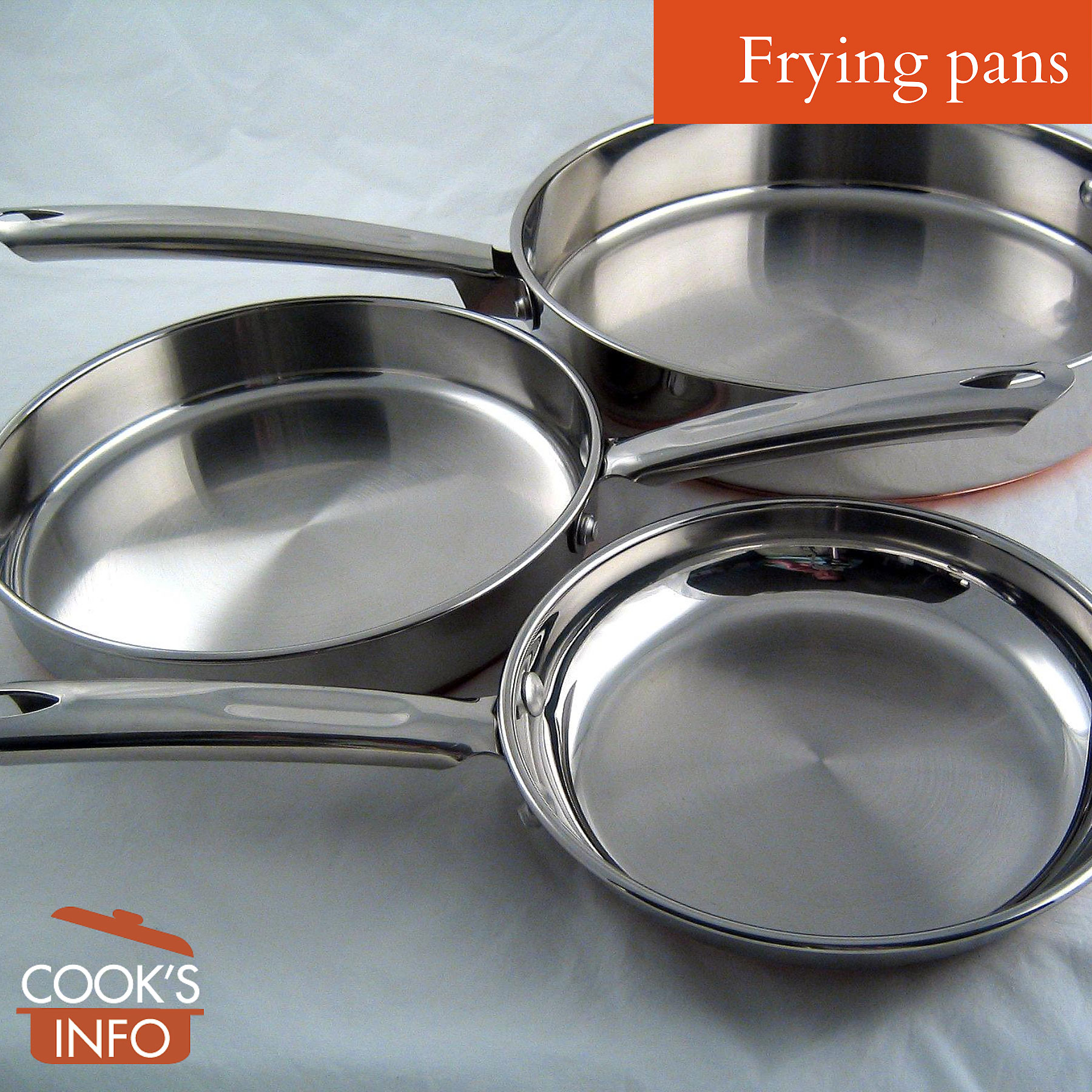 Frying pans are wide, shallow pans with a long handle and sloping sides.

The idea behind the slanted sides is to allow steam to escape so that frying and searing can happen. That being said, a frying pan can be used for sautéing or frying or steam frying, though not for deep-frying or stir-frying.

If what appears otherwise to be a frying pan has straight sides, then technically it’s classed as a sauté pan.

Very wide ones often have a small helper handle on the other side.

Frying pans are usually round, sometimes square. Occasionally, you’ll see square cast iron ones divided into compartments, oftentimes ½ plus 2 quarters. These are meant for bacon in one part, eggs in another, etc. 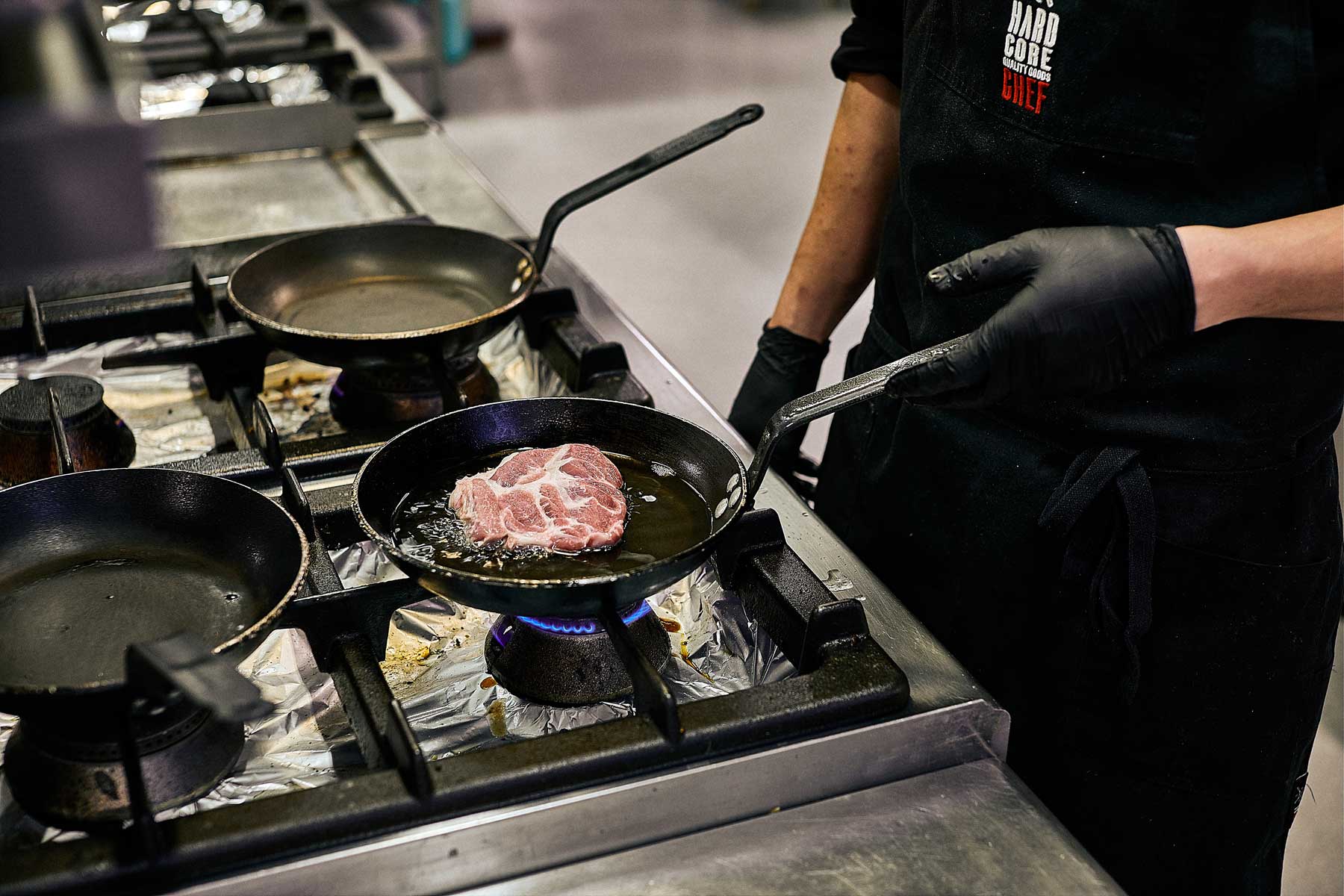 Frying pans can be made of stainless steel, aluminum, copper, anodised aluminium, cast aluminum, ceramic, silicone, pyrex, enamelled cast iron, or non-stick coated metal. Pans that are all metal (with metal handles, and no nonstick coating) can be used for baking in the oven. Cast iron also becomes a non-stick surface. Aluminum frying pans stick a great deal, but are often used for camping as they are very light to carry.

Some lighter-weight metal ones can warp, getting a slightly-raised dome in the middle of their bottom if they are used over heat that was too high for them.

Not all frying pans come with lids. If your frying pan doesn’t have a lid, but you want one for it, you can often find generic-sized ones sold at some stores (though they won’t necessarily match in colour and quality.)

Early frying pans would have either rounded or flat bottoms, because they would be used in hearths.

The advent of dedicated cooking stoves with flat cooking surfaces (called “dampers”) in the mid to late 1800s signalled the demise of rounded bottom frying pans.

“Frying pan” used to be the term predominantly used in New England; “skillet” was the term in the American south. 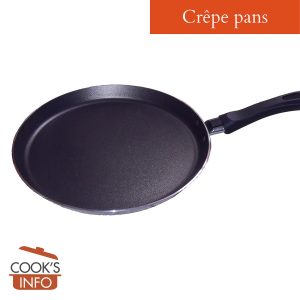 Crêpe pans are very shallow frying pans, with outward-sloping sides specially designed for frying crêpes in. They are usually carbon steel pans, but also come in with non-stick coatings for home use. 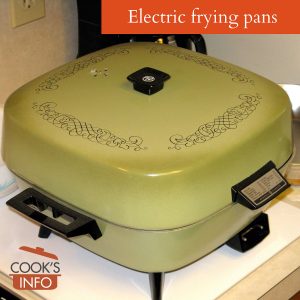 Electric frying pans are frying pans whose heat source comes from an electrical element attached to them. 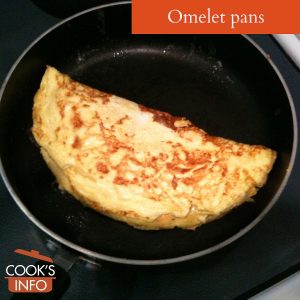 Omelet pans are frying pans with shallow, steeply sloping sides that allow an omelet being cooked to be rolled against the sides, and when it's finished, to slide out easily. 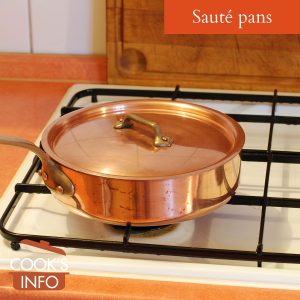 A sauté pan is a frying pan with straight sides. The straight sides are designed to help keep food in as you toss it, if you choose to. 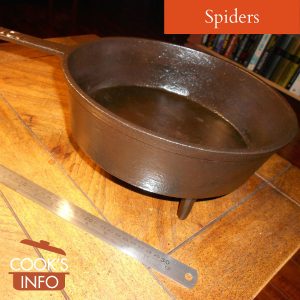 Spiders were frying pans with long handles, and three legs on them. They were designed to allow you to fry food over the coals in a hearth.

This web site generates income from affiliated links and ads at no cost to you to fund continued research · Information on this site is Copyright © 2022· Feel free to cite correctly, but copying whole pages for your website is content theft and will be DCMA'd.
Tagged With: Cookware, Fry, Pans