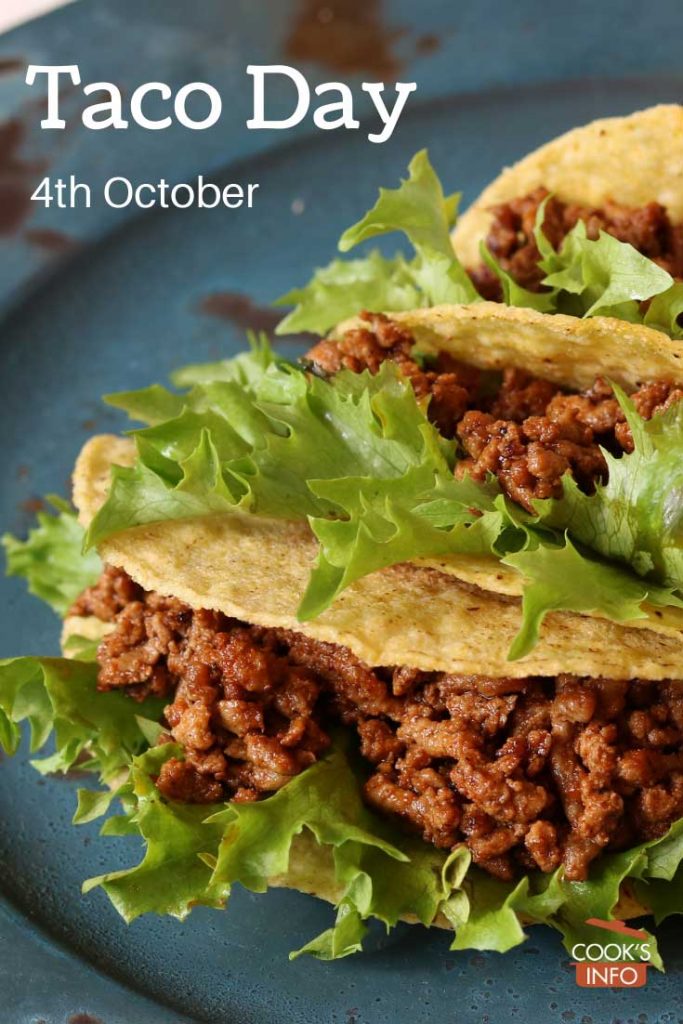 Taco Day is the 4th of October.

Have some friends, families or neighbours around for a small, low-key get together, with everyone assembling his or her own taco. You can do the fried beef or refried beans the night before. As people arrive, hand them cheese and lettuce to shred to help them get into the spirit of things.

If you plan ahead, you might even be organized enough to have the fixing for margaritas on hand.

Tacos can be soft-shell or hard-shell. If you are making tacos that will sit for a while, or are for to-go, soft shell may be best, as the hard shell ones may get soft and soggy otherwise.

Learn all about tacos!

There is actually a great deal of varying opinion as to when Taco Day actually is. Competing dates include 16th April, 11th June, 12th June and 4th October.

The confusion likely stems from the plethora of Taco Days held at school and office cafeterias. Some cafeterias even make one day of every week a Taco Day, giving them 52 Taco Days in a year.

An official Taco Day, sponsored by the National Taco Council, used to occur in July. Here’s a record of it dating from 1970:

In 2002, there’s a mention of it being on 11th June in the Roswell Daily Record:

The first print mention that Cooksinfo has seen mentioning a 4th of October date for Taco Day happens in 2012, in an ad placed by Leal’s Restaurants in New Mexico.