×
You are here: Home / Archives for Fruit Syrups 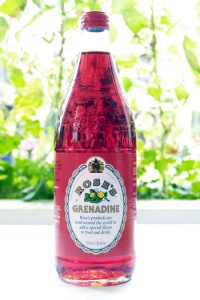 Grenadine © Denzil Green Grenadine is a non-alcoholic syrup that is used to flavour and sweeten drinks and desserts. It used to be made from pomegranates, or a mix of pomegranates and red currants. Today it is usually made with other, mixed fruit juices, and artificially flavoured and coloured. Red Grenadine is the most popular…

END_OF_DOCUMENT_TOKEN_TO_BE_REPLACED 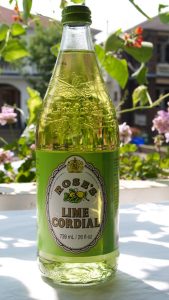 Lime Cordial © Denzil Green Lime Cordial is a non-alcoholic syrup made from lime juice concentrate, and sugar. Rose’s brand is owned by Coca Cola. Rose’s Lime Cordial is called “Rose’s Lime Juice” in America. It was sold as “Cordial” in Canada up until around 2005, when they switched to the American wording. A few…

END_OF_DOCUMENT_TOKEN_TO_BE_REPLACED

Pomegranate Molasses is a thick, dark-brown coloured syrup made from a tart variety of pomegranates, whose juice is boiled down. It doesn’t taste like molasses, a better word in English would have been just plain “syrup.” It can, though, be can be as thick as molasses. Some brands may be thinner and lighter brown; some…