×
You are here: Home / Archives for Marshmallows

Marshmallow Powder can be used to describe two relatively different powders. Both are thickeners, though one is real and the other artificial. It can be a powder from the actual root of the mallow plant. It is used rarely in modern cooking, though it was certainly used a great deal more in cooking as a…

END_OF_DOCUMENT_TOKEN_TO_BE_REPLACED

A Thanksgiving side dish that is now traditional in the U.S. Putting marshmallows on sweet potatoes originated sometime in the 1920s. 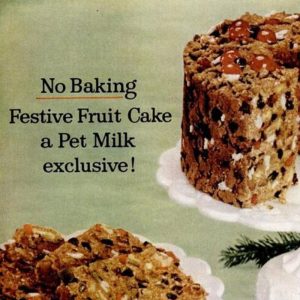 This is a classic, famous, no-bake Christmas fruitcake recipe, dating back to at least 1954. 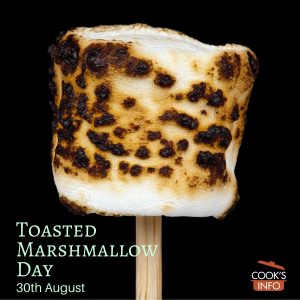 Toasted Marshmallow Day is the 30th of August. You don’t have to go camping to celebrate today; marshmallows will toast even over an electric burner.