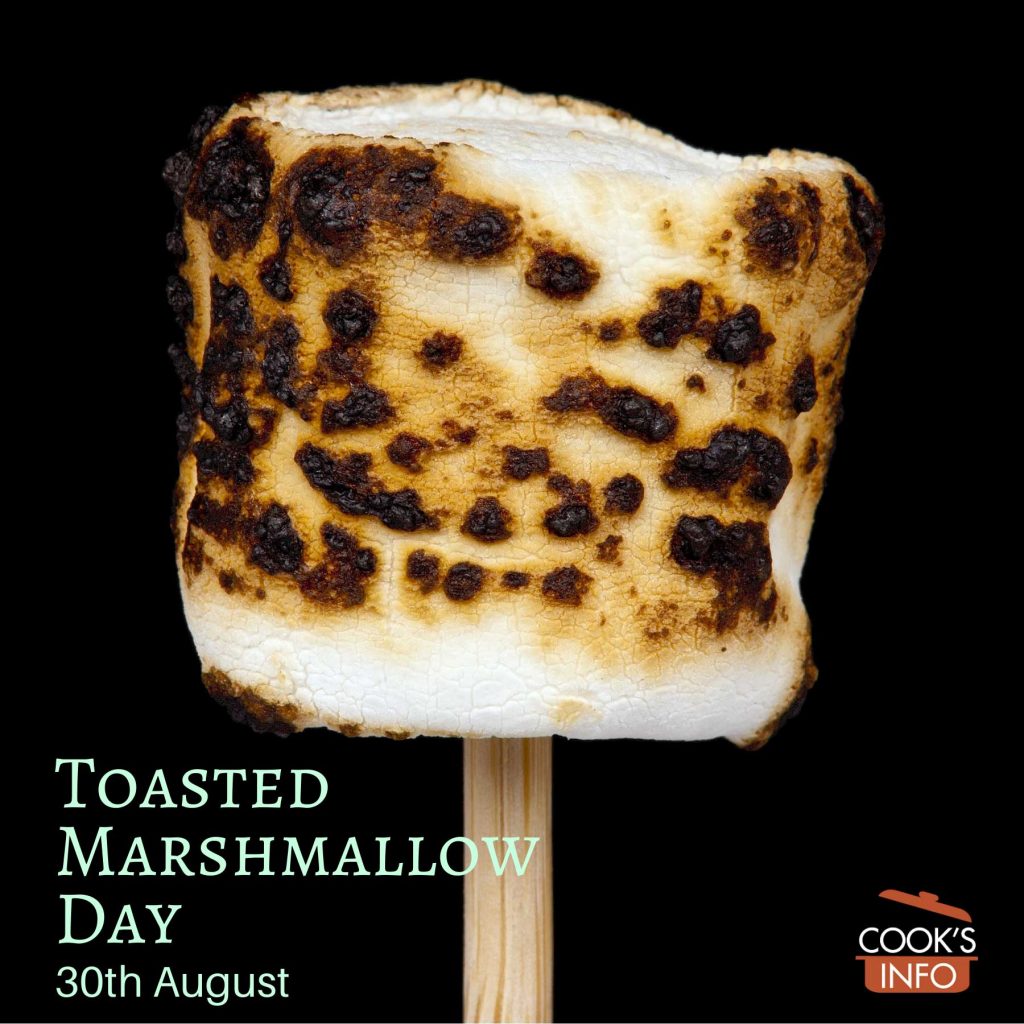 Toasted Marshmallow Day is the 30th of August.

Marshmallows are traditionally toasted around a campfire, but you don’t have to go camping to celebrate today.

Perhaps you or a neighbour have a barbeque that you can toast a marshmallow over.

You can also toast a marshmallow indoors on a gas stove, or even over an electric burner.

If all else fails, you could use a kitchen blow torch.

If you are celebrating with children, today is also a good occasion to reinforce fire safety with them.

Perhaps the real good news about today is that no one is saying you have to have made your marshmallows from scratch!

Some say Toasted Marshmallow Day is the 14th of August, but the National Confectioner’s Association of America plumps for today. But don’t get today mixed up with S’Mores Day — that was 20 days ago, on the 10th of August.

If you’re in the northern hemisphere, remember that there are very few days of summer left — so have a taste of summer evenings today with a toasted marshmallow!

The earliest print mention we’ve been able to find of a Toasted Marshmallow Day in August occurred in  Edmonton, Alberta, in August 2000:

“It is, if you believe what you read online, National Toasted Marshmallow Day. Never heard of it? You’re not the only one.

It’s an American ‘holiday’ — one of many days our neighbours to the south have marked to celebrate food. This particular day kicks off the National Marshmallow Festival held annually in Ligonier, a town of about 3,500 in Indiana.

But National Toasted Marshmallow Day is such an obscure event that, aside from Nabisco which sponsors the festival, no other marshmallow manufacturer contacted had even heard of it.” — Warwaruk, Jody. Here’s a holiday to make you feel all sweet and gooey. Edmonton, Alberta: The Edmonton Journal. Wednesday, 30 August 2000. Page G2, col. 6. 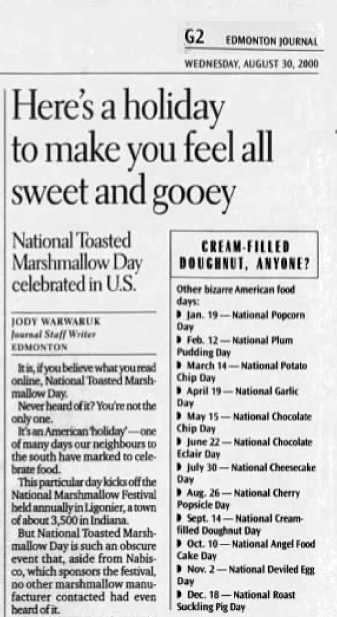 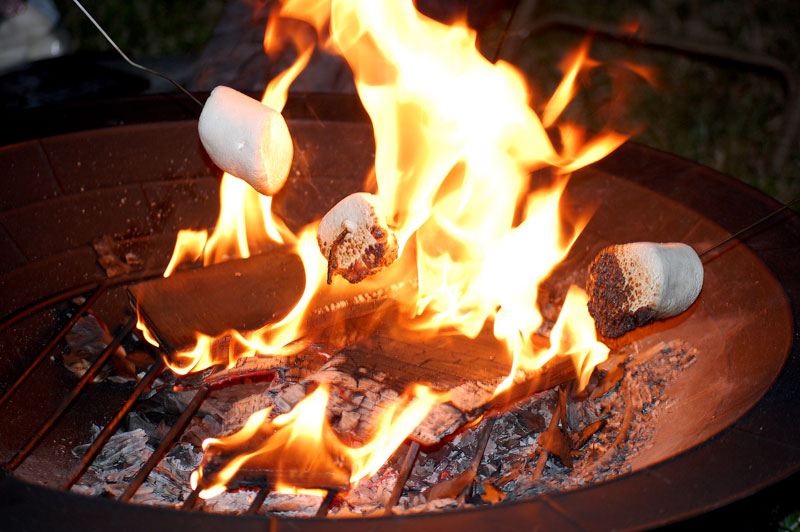 This web site generates income from affiliated links and ads at no cost to you to fund continued research · Information on this site is Copyright © 2022· Feel free to cite correctly, but copying whole pages for your website is content theft and will be DCMA'd.
Tagged With: Marshmallows