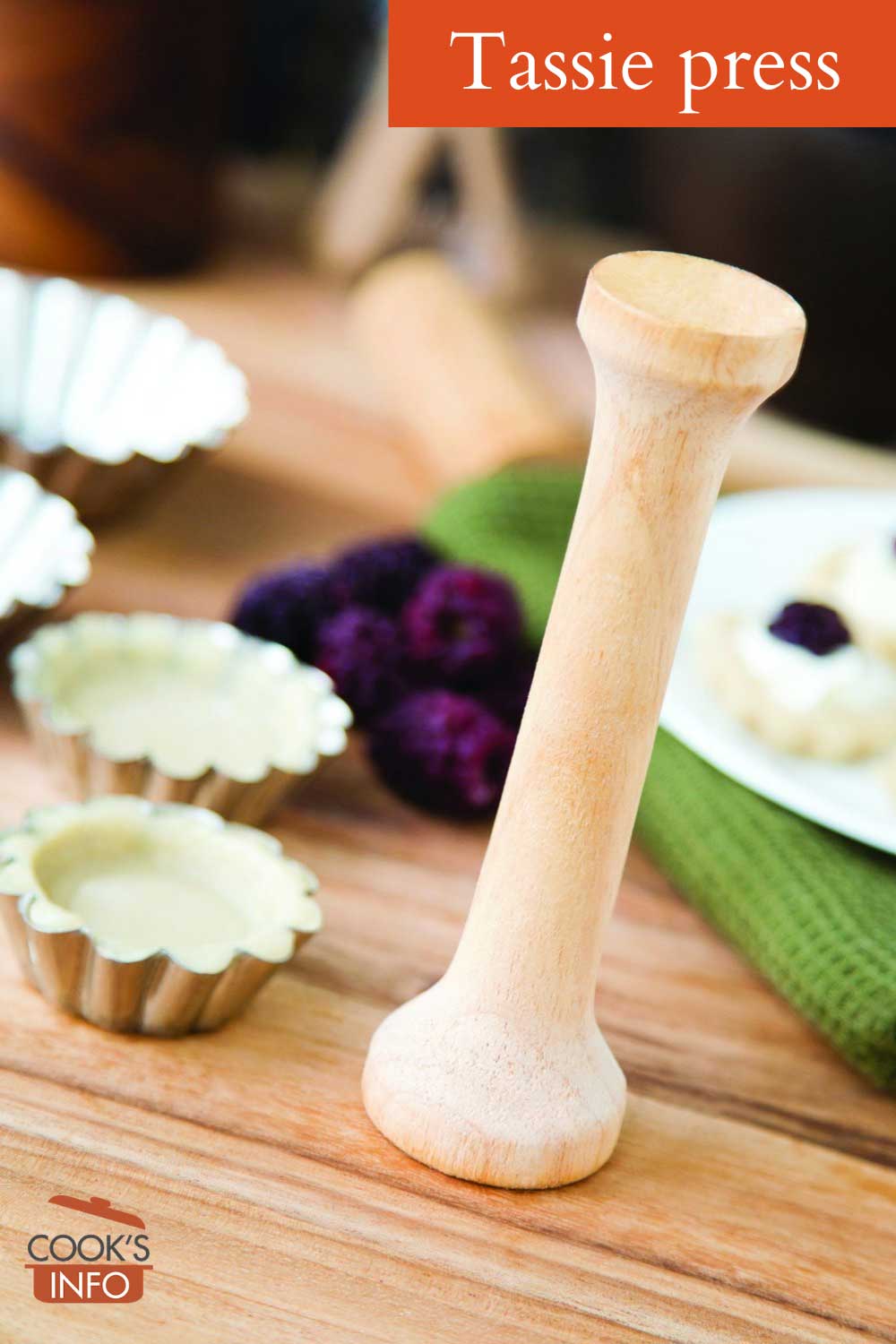 Its end is shaped to fit exactly into a small tart tin cup.

It is typically made of wood, but can also be bought made of plastic.

Instead of rolling out the pie dough to cut into individual rounds to fit into the tart tins, you put a small ball of dough in the bottom of each individual tart cup, flour the tassie press, and then press down hard on the ball of dough. It forces the dough up the sides of the tart cup, lining the cup with dough. 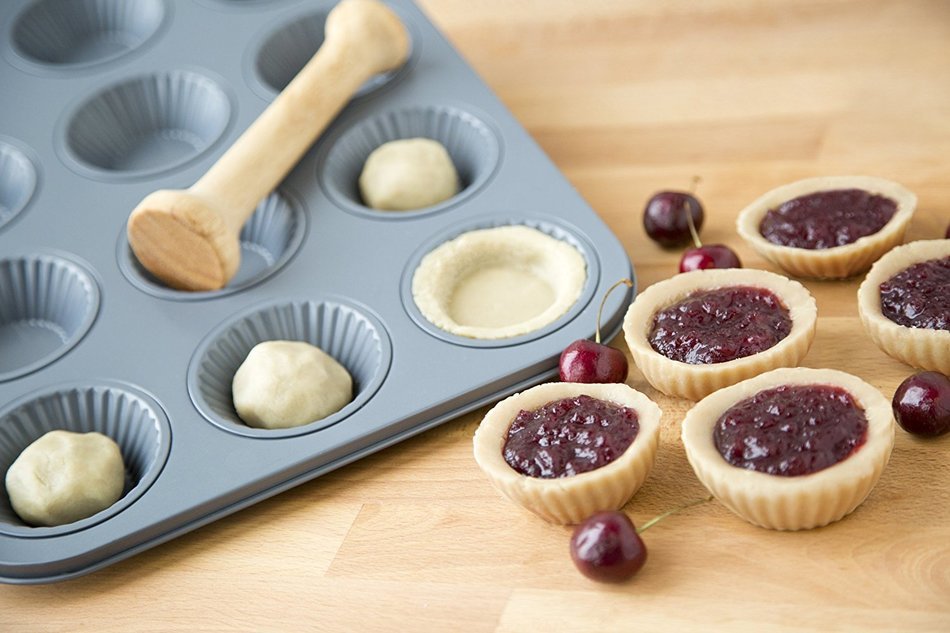 It is used for small tarts such as pecan tassies, hence the name. In other parts of the U.S. where pecan tassies are not made, it may be called something like a “tart tamper.” 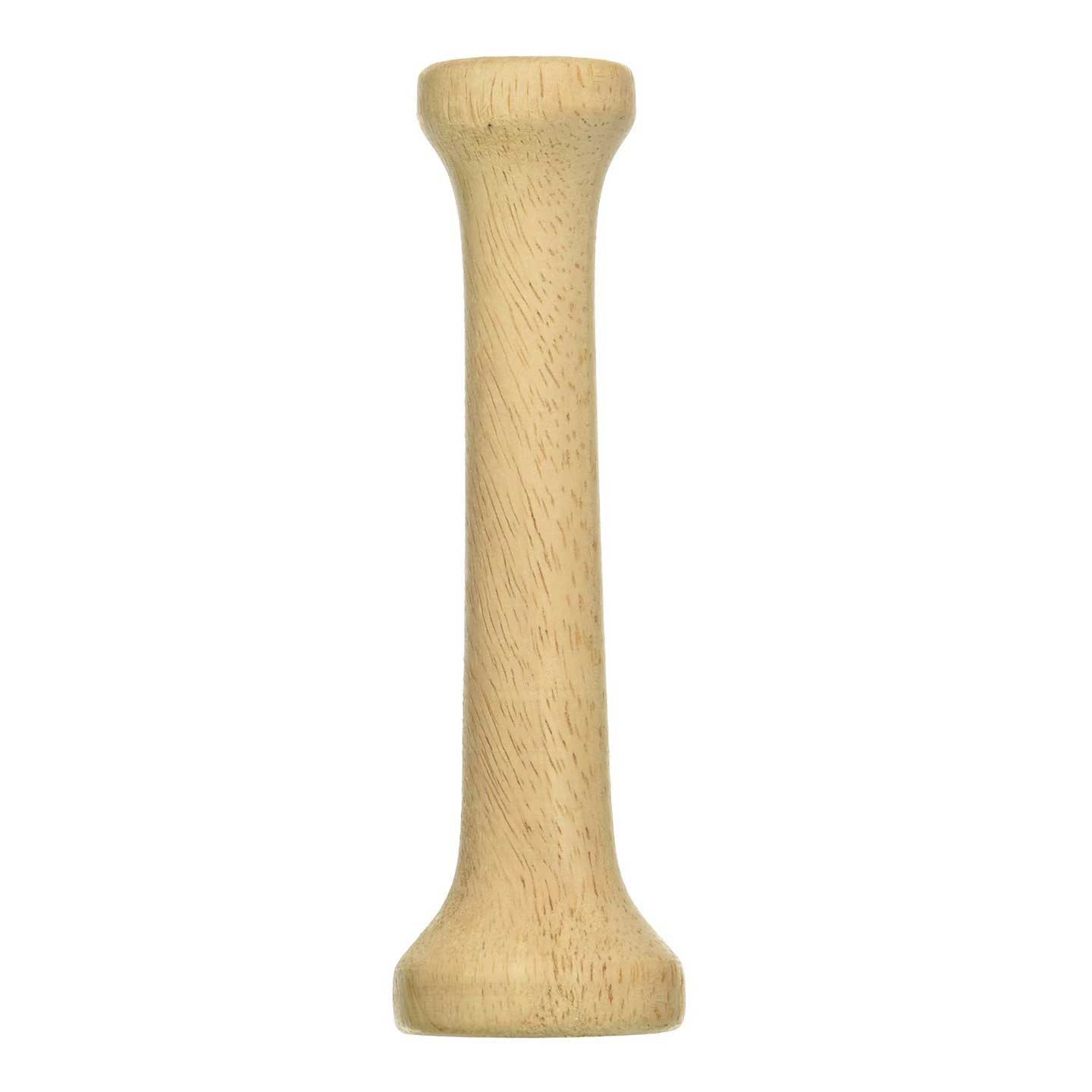 This web site generates income from affiliated links and ads at no cost to you to fund continued research · Information on this site is Copyright © 2022· Feel free to cite correctly, but copying whole pages for your website is content theft and will be DCMA'd.
Tagged With: Pies & Tarts, Presses