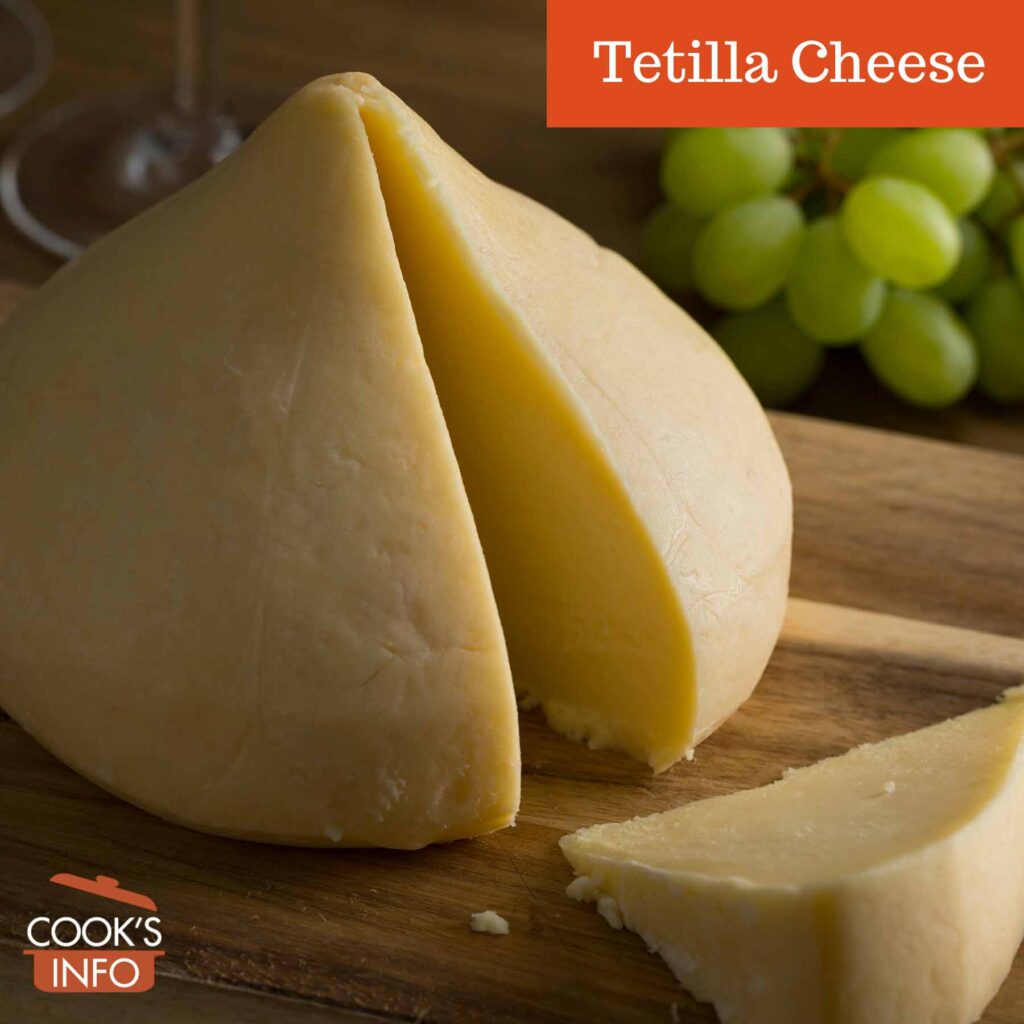 Tetilla is a Spanish cheese made from pasteurized cow’s milk.

The cheese has an inedible thin, pale yellow wax rind with no mould on it. Inside, the cheese is ivory-white with just a few holes. It is creamy and mild tasting, almost sweet.

Tetilla is made in northwest Galicia, in the region known as Coruña.

To make the cheese, the cow’s milk is heated to a range between 28 C and 32 C (82 F and 90 F), at which point rennet is added. The curd is cut, drained, put into moulds, pressed-lightly, then dipped in brine. The cheese is aged for between 10 and 30 days on average, though it is considered at its best when it is between 1 and 2 months old.

One particularly notable feature of Tetilla cheese is that it’s cone-shaped, like a big Hershey’s kiss. In fact, its shape looks to many like a woman’s breast, and thus its name “tetilla”, meaning “tit”.

Another gentler name for it is “Perilla” cheese, meaning pear-shaped, which it isn’t, really.