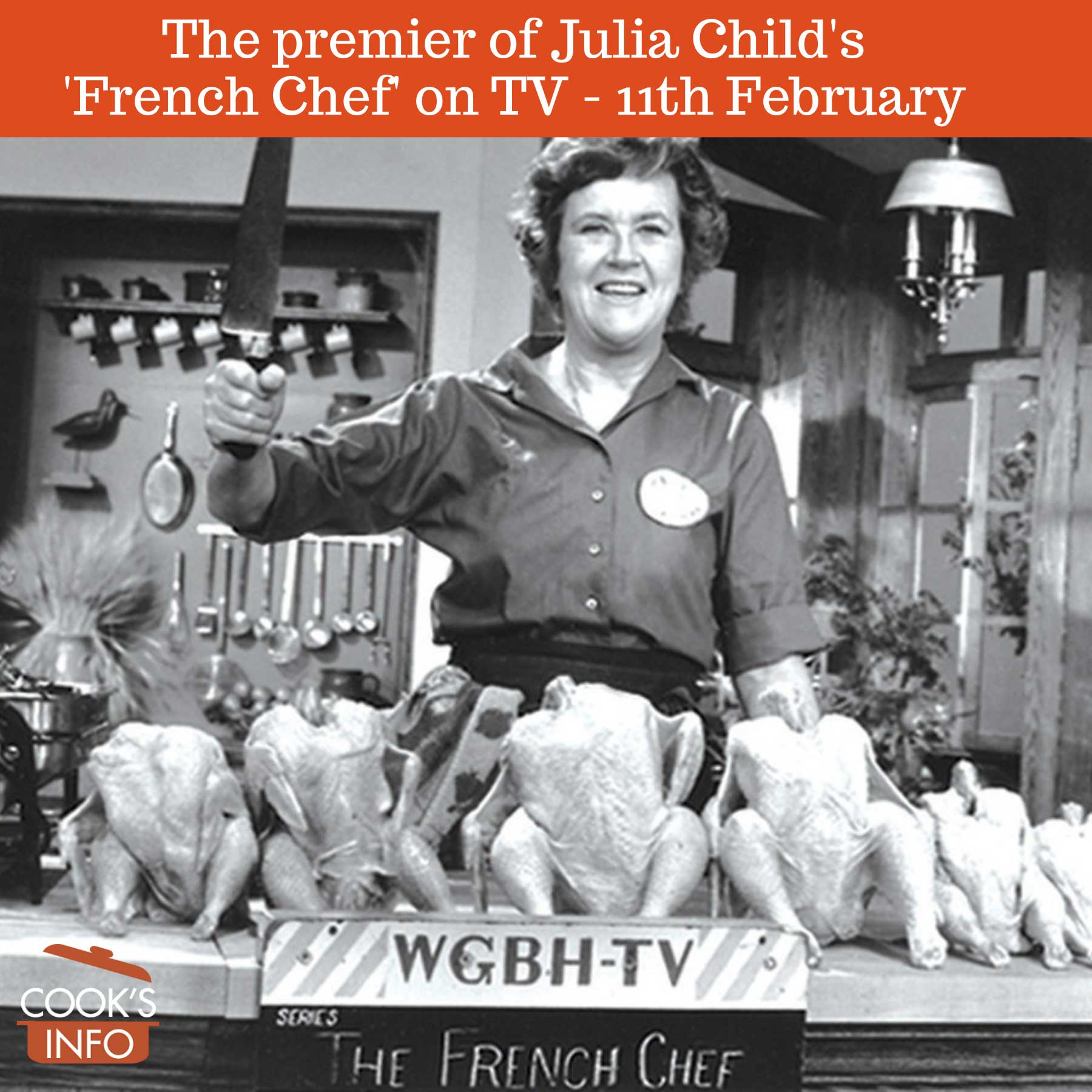 Julia was 51 years old at the time.

The goal was to teach Americans how to cook French food. Its evening time slot attracted an enthusiastic audience of both female and male viewers.

The television show had its origins in the promotion of her first book, “Mastering the Art of French Cooking“. In February 1962, she had landed a few minutes on a live WGBH TV programme out of Boston, Massachusetts to talk about the book, and as part of her time on air, she whipped up an omelette. The television station liked that, and commissioned three cooking episodes as a trial balloon. Those three were received so well, that the station then commissioned a series of 26 episodes which would be known as “The French Chef.. [2]”The station produced three pilots, then launched into production of The French Chef.” Mellowes, Marilyn. Julia! America’s Favorite Chef -Biography of Julia Child. PBS.org. 15 June 2005. Accessed July 2019 at http://www.pbs.org/wnet/americanmasters/julia-child-about-julia-child/555/

The first show of those episodes was broadcast on 11 February 1963.

The programme would run until 1966, making a total of 119 episodes in black-and-white. It returned for three years in the 1970s, in colour.

Sadly, the first thirteen from 1963 have been lost to us owing to the tape degrading.

Click through here for the full story of the French Chef TV series.

This 1963 series is sometimes claimed by Americans to have been the first cooking programme ever on TV. It wasn’t. There had been many prior cooking shows on television in before this.

Philip Harben in England had a television programme on the BBC in 1946.

In 1953, Lucas tried her hand at a second TV show. Produced through Manhattan channel WPIX, it was a half-hour long programme also called “The Dione Lucas Cooking Show.”

Other cooking programs on television in the 1950s included Chef Milani Cooks, Monty Margetts’ Cook’s Corner, and Ernie Kovacs’ Deadline for Dinner. In 1955, Fanny Craddock in England began her long career on television for the BBC.