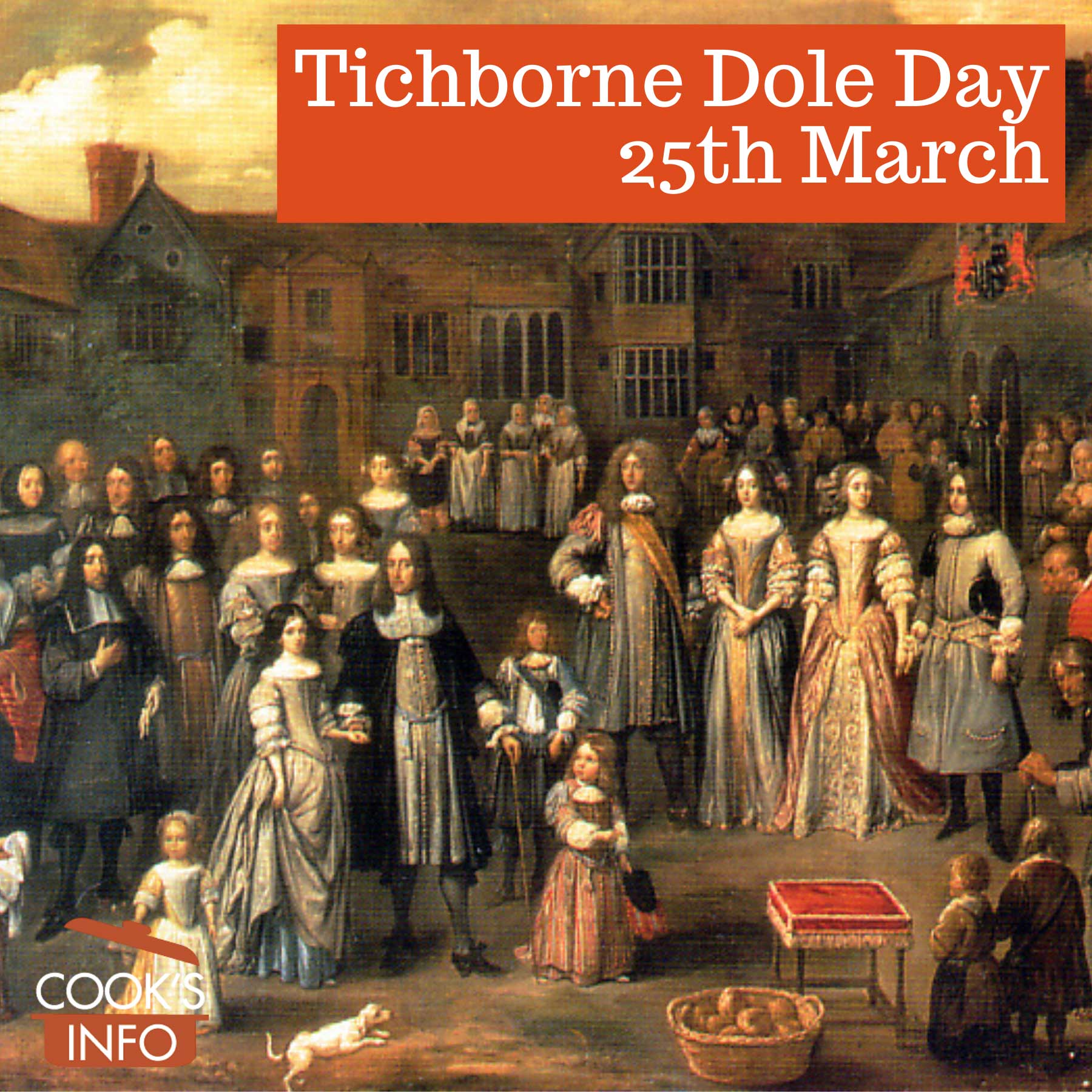 Tichborne Dole Day is on the 25th of March (which is also Lady Day).

Flour made from wheat grown in the local area is “doled” out.

A short open-air service is held on the steps of the local Roman Catholic church, after which the priest distributes the flour. A gallon of flour is given to adults, and half a gallon to children. People from Tichborne, Cheriton and Lane End are eligible for the dole.

“A huge wooden box is put in front of Tichborne House and flour is poured into it. A blessing for the soul of Lady Marbella [see History below] is delivered by the local clergy and holy water is sprinkled. After the religious ceremony, the flour is dispensed to the people at the rate of a gallon per person, and half a gallon per child.” [1]Taylor, Rupert. The Tichborne Dole and Curse. 6 March 2020. Owlcation. Accessed February 2021 at https://owlcation.com/humanities/The-Tichborne-Dole-and-Curse

Originally, bread was given out instead of flour.

The actual origin of the charity is not documented in writing, but the Oxford Dictionary of English Folklore gives this account of the Dole:

“An annual dole of flour distributed to the parishioners of Tichborne, Cheriton, and Lane End, Hampshire, on Lady Day (25 March). The accompanying legend relates that in the 12th century one Lady Mabella, wife of Sir Henry de Tichborne, was much loved by the local people for her charity and kindness. When she was dying, she asked her husband to dedicate some land to support a charity for the poor in her name. His reply was to pull a burning brand from the fire and say that she could have as much land as she could walk round, carrying the torch, before it went out. As ill as she was, she still managed to crawl around 23 acres of land, before the fire petered out—the husband’s reaction is not recorded in this version. Her actions not only secured the charity, but also prompted the name ‘the Crawls’ by which those acres are still known. [2]Simpson, Jacqueline and Steve Roud. A Dictionary of English Folklore. Oxford University Press. 2003.

The actual baronetcy and family name became extinct in 1968.

But the ceremony carries on, paid for by descendants, Anthony and Catherine Loudon. They order the flour in from a mill.

“Today, the dole is still a family affair, and the present day descendants, Anthony and Catherine Loudon are adamant that the tradition is kept alive. Anthony explains: “Today, we order the flour in bulk from the local flour mill and have it delivered in a huge box. We hold a family lunch, after which the family priest blesses the flour which is set at the front of Tichborne House. We then offer up a prayer to remember Lady Mabella and start the distribution of the flour to every adult and child in the parish.” ” [3]BBC. A bunch of flour. Circa 2004. Accessed February 2021 at http://www.bbc.co.uk/legacies/myths_legends/england/southampton/article_1.shtml.

Anthony Loudon died c. October 2017 [4]In memoriam: LOUDON Anthony A Service of Thanksgiving for the life of Anthony Loudon of Tichborne Park Friday 3rd November 2017. Accessed February 2021 at https://www.hampshirechronicle.co.uk/announcements/deaths/memorial/15620047.ANTHONY_LOUDON/ , but he felt the tradition would carry on without him:

“I have no reason at all to discontinue the dole,” says Anthony, “apart from anything else, it’s a lovely tradition and as we buy the flour in bulk, there’s not a huge cost. I started something new just before my mother died in 1995; she was the eldest daughter of the last baronet, Sir Anthony Doughty Tichborne. We decided that, as this is a fairly affluent part of the country, we would do something more in keeping with the nature of Lady Mabella’s cause. We decided to ask for a voluntary donation from the villagers for charity, usually collecting about £100. ”If the tradition did have to stop, for whatever reason, all of the elements of the curse, if you believe it, have been satisfied, so I really don’t think that anything would actually happen. If I’m not here, there is always my wife or aunt who would actually administer the dole and Father John Buckley has it in his diary well in advance for the blessing!”” [5]BBC. A bunch of flour. Circa 2004. Accessed February 2021 at http://www.bbc.co.uk/legacies/myths_legends/england/southampton/article_1.shtml. 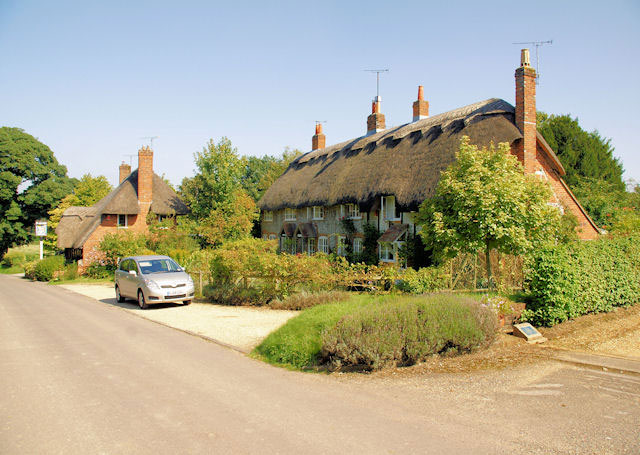 ‘It is proved by experience that, beyond five or six dozen, oysters certainly cease to be enjoyable.’ — Grimod de la Reyniere (French gastronome. 20 November 1758 – 25 December 1837)