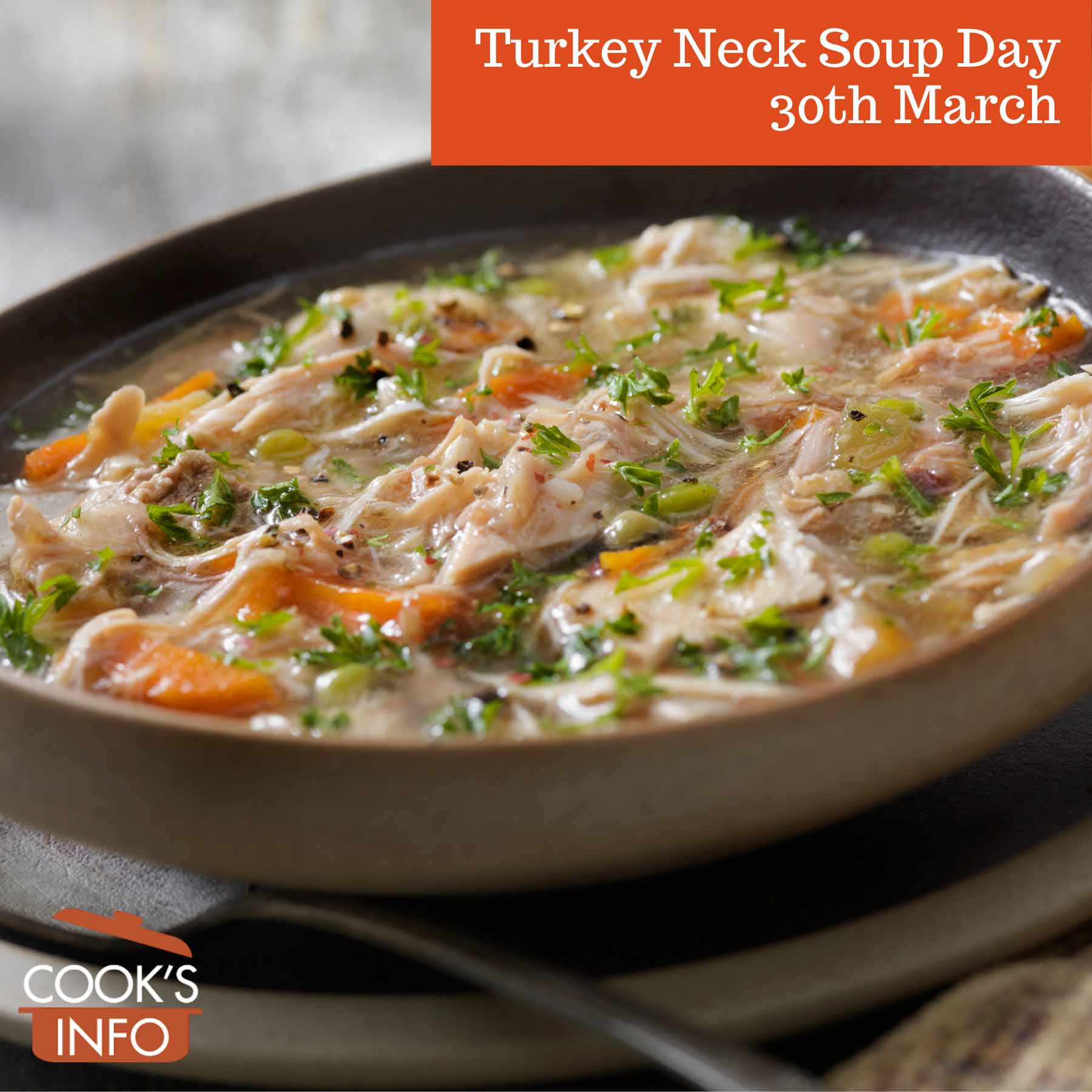 The 30th of March is Turkey Neck Soup Day.

It’s anyone’s guess why it is today, or why there is such a day — period. Some people have said that it almost feels like a food day secretly promoted by the turkey industry to create a demand for turkey necks.

Or maybe the idea is just to finally use up that turkey neck that’s been in the freezer since Thanksgiving or Christmas.

Many cooks consider that turkey neck adds good flavour to soup, and many feel that it makes very good stock owing to all the bones in it.

There is also relatively a fair bit of meat on a turkey neck, but it can be fiddly to get at it as there are many fine bones which must be picked away for food safety. Still, there’s not enough meat for a meaty soup for a crowd: you might be able to get extra turkey necks from a local butcher, or frozen at a supermarket.

You might want to let the stock cool first for all the grease to float to the top for easy removal.

To the turkey neck soup people typically add lots of veg, sometimes some beans, and noodles or rice.

You may wish to consider making some rolls or baking-powder biscuits to go with it.

The earliest mention that CooksInfo has found of a Turkey Neck Soup Day in print archives dates from 2009 in Alabama:

“Every day of the month is designated, with such days as… Turkey Neck Soup Day.” — Bradley Litchfield, Robyn. Every day is a holiday for the food industry. Montgomery, Alabama: The Montgomery Advertiser. Wednesday, 11 March 2009. Page C3 , col. 1.

This web site generates income from affiliated links and ads at no cost to you to fund continued research · Information on this site is Copyright © 2023· Feel free to cite correctly, but copying whole pages for your website is content theft and will be DCMA'd.
Tagged With: Turkeys