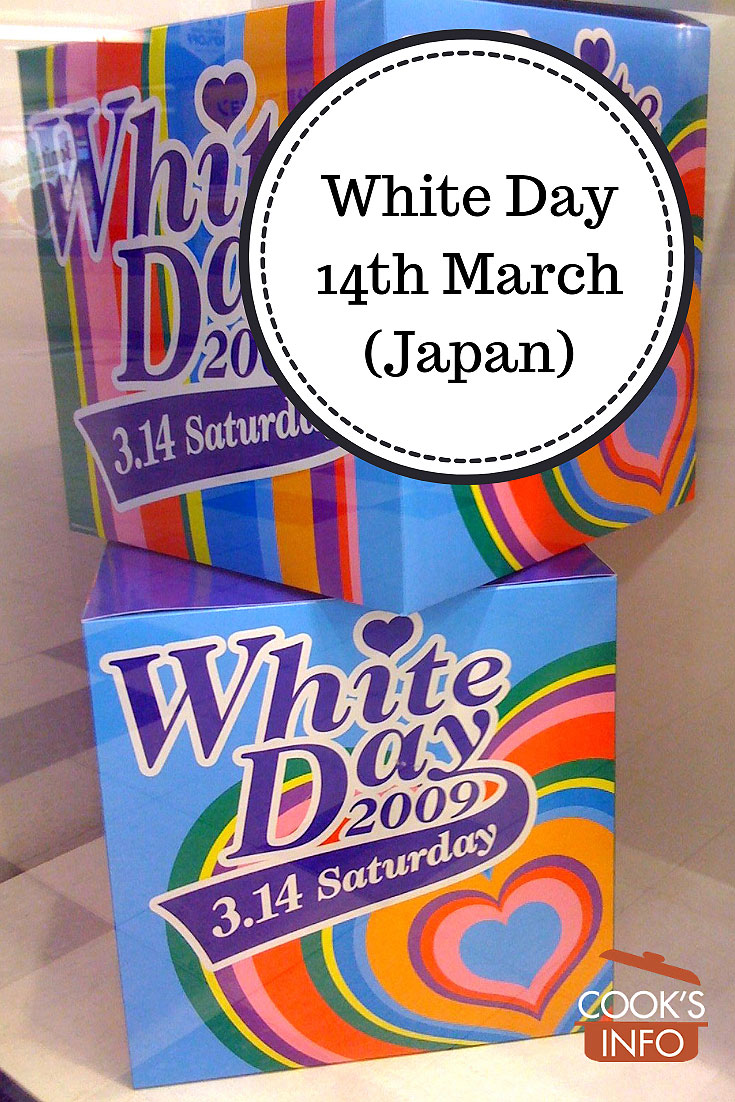 It is a day when men give white-coloured presents to women.

The presents can be white candy such as white chocolate or marshmallows, or other, non-edible presents that are white, such as flowers, clothing accessories, scarves, etc., or wrapped in a white box. 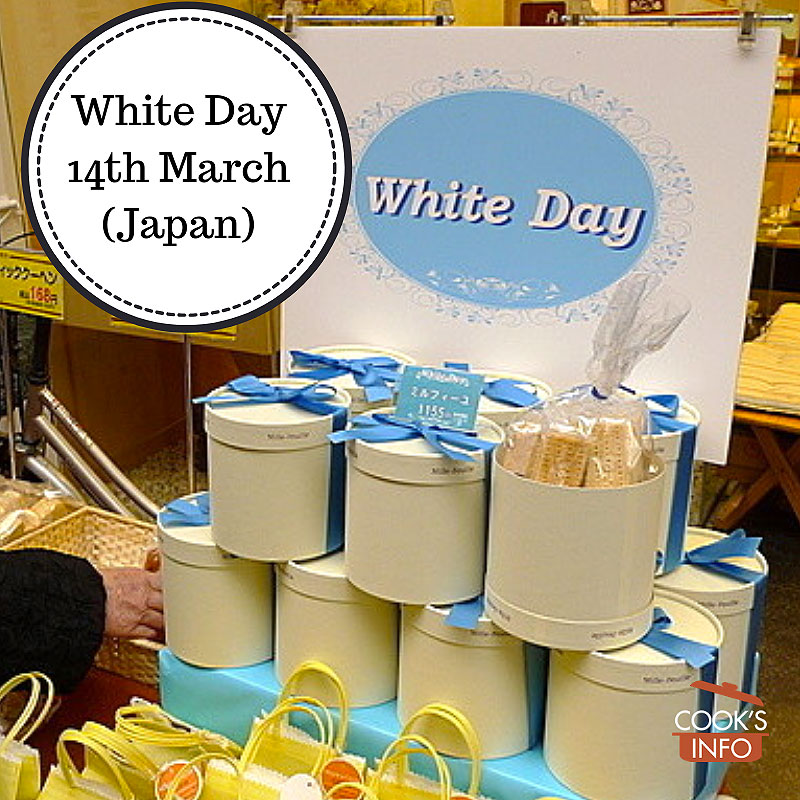 Only about half the men get into the spirit of things, though. School boys have their mothers buying or making things to take to school with them to give out to the girls who gave them chocolates previously on Valentine’s Day.

Some cynics say it’s just another modern holiday designed to sell stuff, but the day has become popular none-the-less.

The origins of White Day actually start with Valentine’s Day.

Valentine’s Day started being celebrated in Japan around 1958, but with a twist.

In Japan, on Valentine’s Day, gifts of chocolate are given by women to men, rather than the other way around. The women give chocolate to men (anyone from their boyfriends to male coworkers and bosses). Chocolate that you give to friends and co-workers is called “giri-choko” (義理チョコ, ‘courtesy chocolate’). Chocolate that you give to a love interest is called “honmei-chocko” (本命チョコ, ‘chocolate of love’), and is more expensive and of a better quality.

In 1977, a man named Zengo Ishimura read in a woman’s magazine a letter of complaint from a woman that the women spend money on men at Valentine’s Day, but the men give them nothing in return. Ishimura happened to also be the owner of a candy business named “Ishimura Manseido” in Hakata-ku, Fukuoka, Japan.

At a company meeting, he asked the women present when would be a good day for these return gifts to happen. Their suggestion was the 14th of March, exactly one month after Valentine’s Day. Ishimura came up with a candy made of white marshmallow on the outside with chocolate stuffed inside to offer as a suggestion for men to buy for women on that day.

In 1978, on the 14th of March as had been suggested, Ishimura’s idea saw the light of day, with the candies being offered at a local department store called “Iwataya”. They called the day “Marshmallow Day”, because that is what the candy was. After the first year, the store suggested changing the name of the day to “White Day”, to allow a wider range of candies such as white chocolate and indeed a wider range of gifts.

In 1980, the National Confectionery Industry Association got behind the idea and promoted the idea with the slogan of “Ai ni Kotaeru White Day (Answer Love on White Day)”

The idea caught on and spread throughout all of Japan, and then later into other Asian countries such as China, South Korea, Singapore, Taiwan, Thailand, etc. [1]Edelstein, Jake. How Japan Created White Day, East Asia’s Alternate Valentine’s Day. Forbes Magazine. 13 March 2018. Accessed July 2019 at https://www.forbes.com/sites/adelsteinjake/2018/03/13/how-japan-created-white-day-east-asias-alternate-valentines-day/#2e3376dd348b The gift range expanded from edibles to accessories, clothing and of course, jewelry.

Customs around the day have evolved over time. One is a rule of thumb called sanbai gaeshi (三倍返し, ‘triple the return’), which suggests that the gift the man buys a woman should be triple the value of what she gave him for Valentine’s Day.

“In fact, many women have the expectation that a modest valentine chocolate purchase will net them something more expensive come White Day, a practice described with the expression “ebi de tai wo tsuru (fishing with shrimp for a sea bream),” because the catch is worth a whole lot more than the bait.”  [2]Gordenker, Alice. White Day. Japan Times. 21 March 2006. Accessed July 2019 at https://www.japantimes.co.jp/news/2006/03/21/reference/white-day/#.XTnbGOhKjyQ

White Day in Japan – The day the men give back. Arigato Food Tours. Accessed July 2019 at https://arigatojapan.co.jp/white-day-in-japan-the-day-the-men-give-back/ 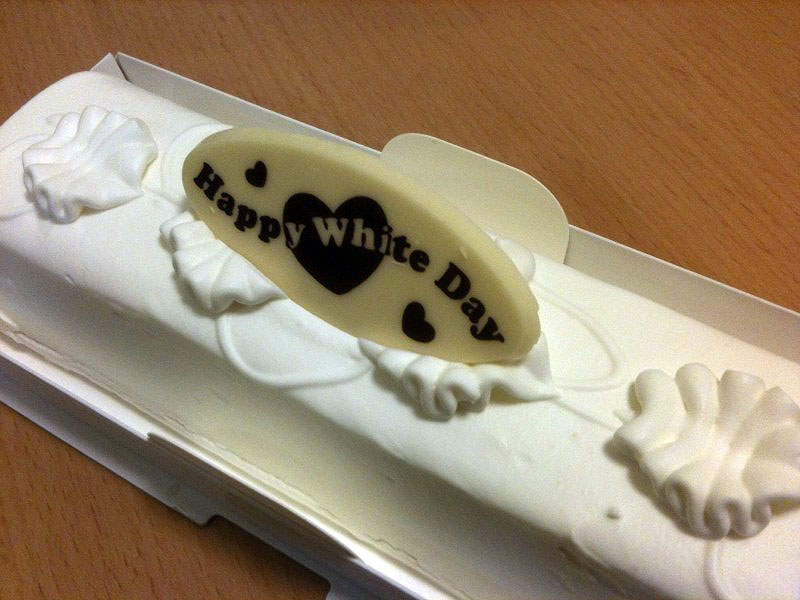