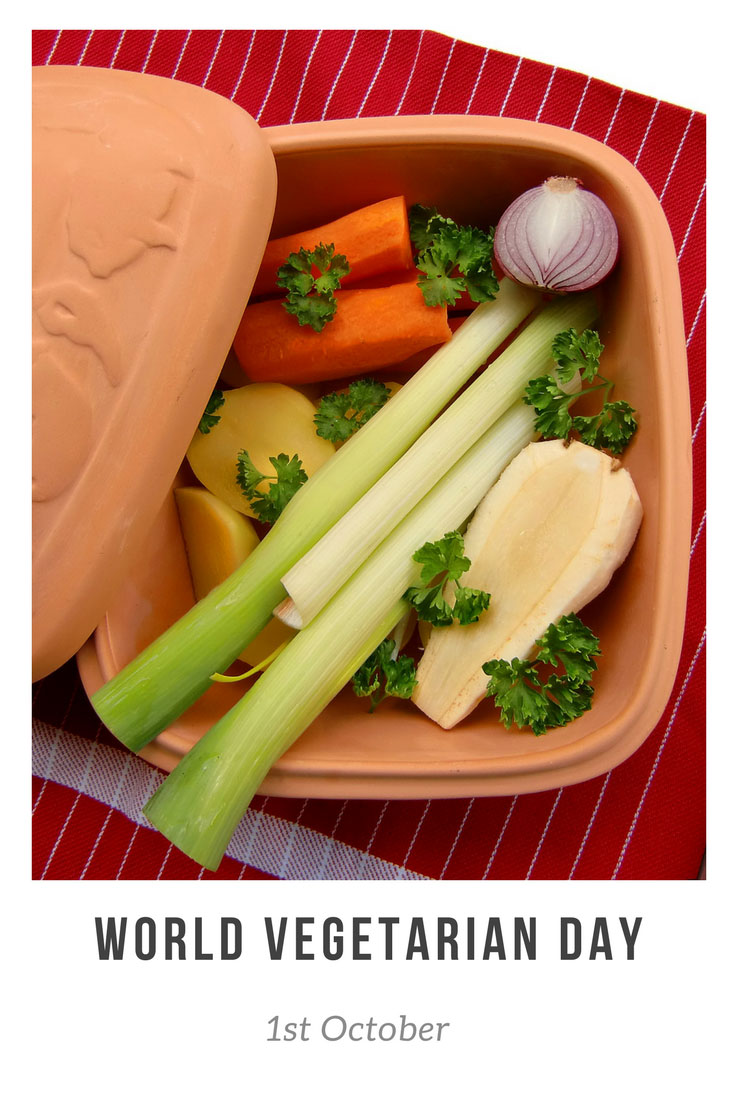 The 1st of October is World Vegetarian Day.

Being a vegetarian isn’t anything new, as many people think it is. Ancient Greece had vegetarian movements, such as the one started by Pythagoras. Rome did, too. [1]Not that either the Greeks or Romans living in Italy were big meat eaters, anyway. In fact, any meat that they did eat had to be first sacrificed to a god to show respect for the life they were taking — meat to them was sacred.

Still, vegetarians were always seen as a bit out of step, particularly so when the Northern European outlook came to dominate Western food. In recent times, vegetarianism has become a popular movement again since the 1960s, and been associated with wild-eyed wearers of Birkenstocks. The food was considered plain and unpalatable by many. Since the 1990s, however, a far more interesting variety of vegetarian food has become available which is of interest even to non-vegetarians.

Vegetarian cookbooks have come and gone with changing fashions, and reflect the growing variety of choices and the growing sophistication of vegetarian tastebuds. Many even have reached into the high gourmet range, to show what a vegetarian kitchen was capable of producing. A great deal of these recipes involve as much if not more work than recipes that use meat. Vegetarian recipes as a result acquired the reputation of being a lot of work and requiring “chopping for hours.”

One vegetarian cookbook that has survived the fashions, though, is one that is aimed more at everyday cooking for a normal household: Laurel’s Kitchen, by Laurel Robertson. It is considered by many to be the bible for daily vegetarian cooking, because it assumes the cook has other things to fit into his/her day, in addition to getting dinner on the table. Laurel Robertson gave cooks the vegetarian equivalent of putting a pork chop and mashed potatoes on the table, in terms of ease.

The earliest print mention we’ve been able to find of World Vegetarian Day occurred in September 1977. 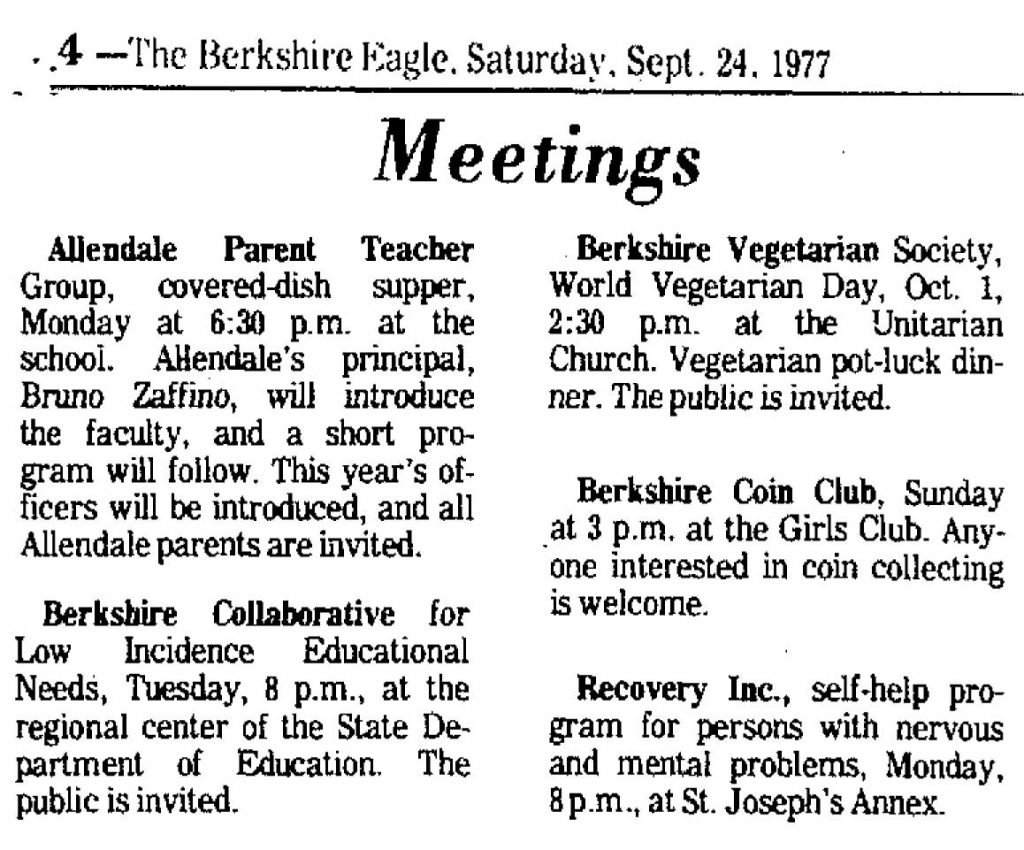 This web site generates income from affiliated links and ads at no cost to you to fund continued research · Information on this site is Copyright © 2022· Feel free to cite correctly, but copying whole pages for your website is content theft and will be DCMA'd.
Tagged With: Vegetarian