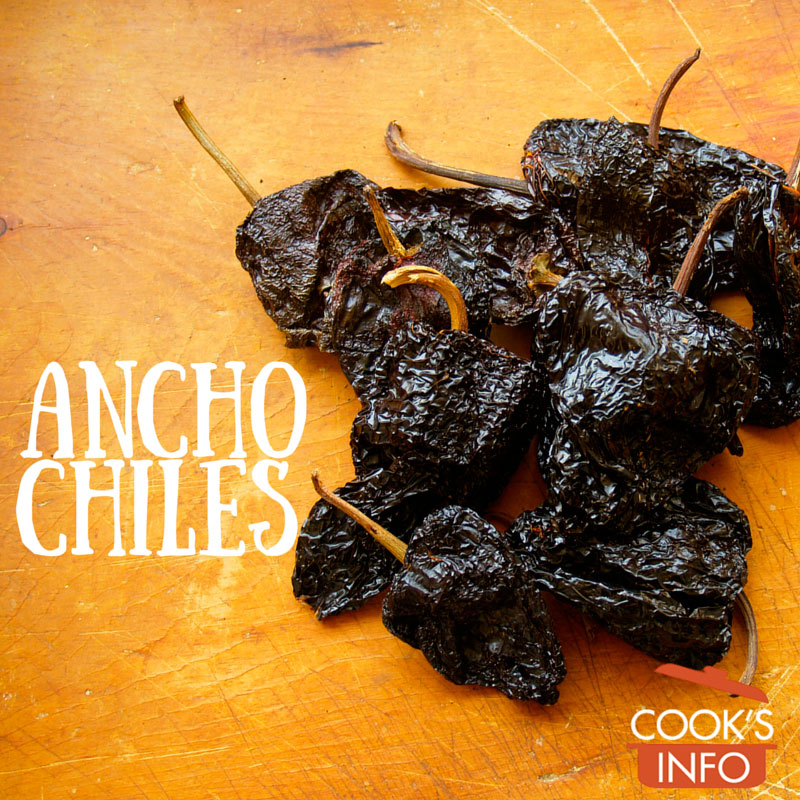 Ancho Chile Peppers
© Denzil Green
Contents hide
Anchos are the dried form of poblano chile peppers.The poblanos are allowed to ripen until red, then picked and dried to a wrinkly, flat, blackish-brown pepper.When rehydrated, they are a dark brick-red colour and have a flavour that some call “dusky.” Obscure as that term may be when applied to taste, it really does sum it up best.

Anchos are very common in Mexican cooking — in fact, they are the most commonly used dried chile (second after them is guajillo.) They are fairly mild, so they can be used with hotter chiles to build up a more complex overall layer of flavour.

Anchoas are usually soaked in boiling water to soften them before use, and then ground or puréed into a paste.

They are used a good deal in “mole” sauces.

Any of the following chiles: New Mexico, Pasilla, Guajillo. 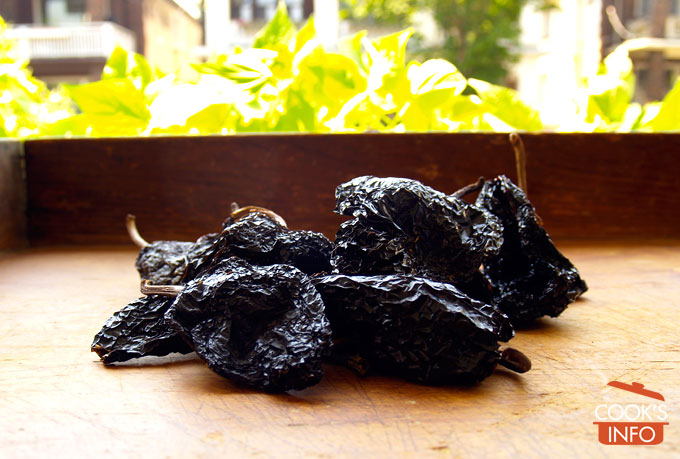 Ancho means “wide”, as these some of these peppers can be very broad when spread out and dried.