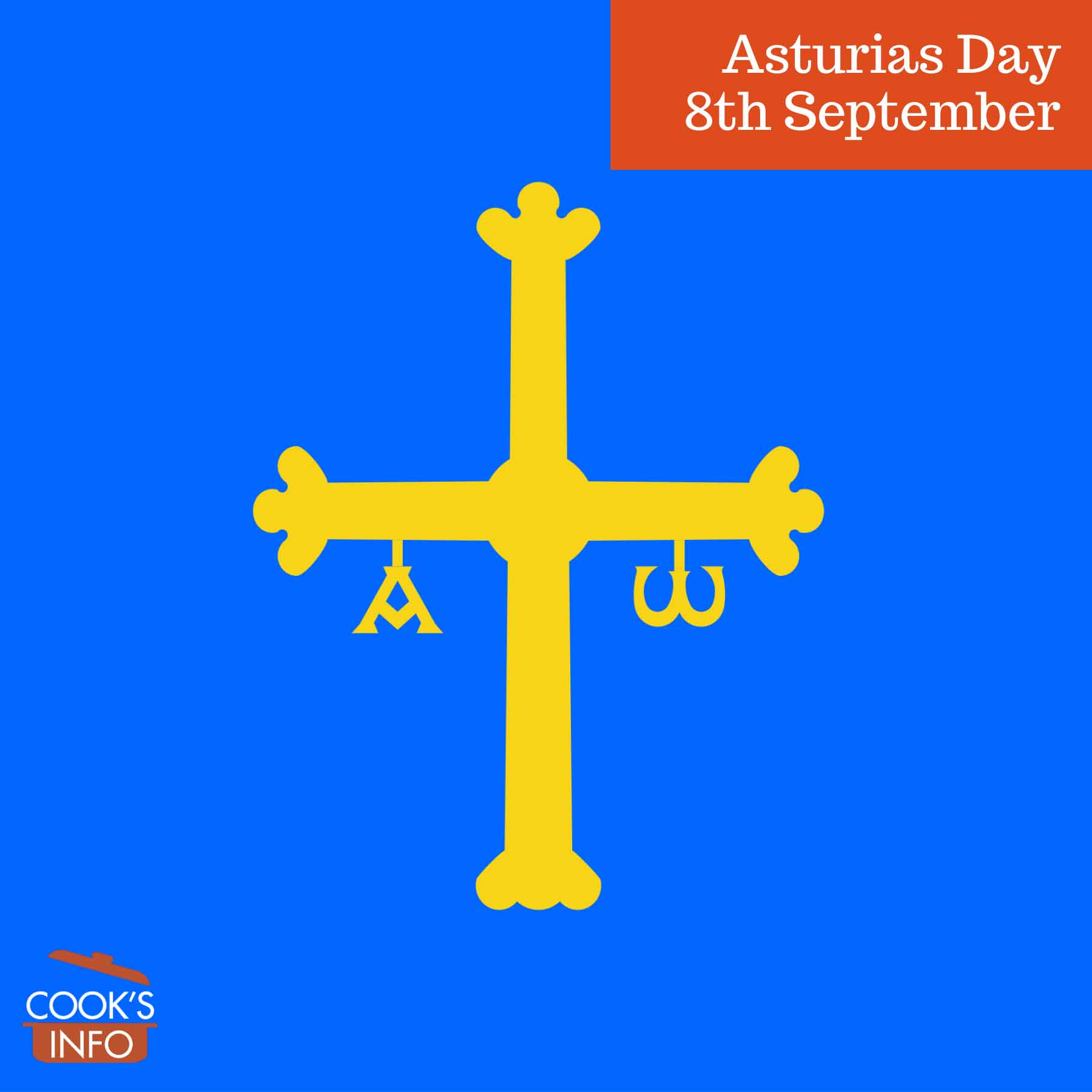 The 8th of September is Asturias Day (Día de Asturias).

It is the National Day for the autonomous region of Asturias which is a long, somewhat narrow region on the north coast of Spain.

In Asturias it is a public holiday. Government offices, schools and most businesses are closed, though food stores may be open at least for a few hours. Public transport runs on reduced hours.

By law, the centre of celebrations changes every year to a different area within Asturias to put the focus on it for that year. But in the capital of Asturias, which is Oviedo, there are also always celebrations.

Many take advantage of the time off work and head to the beaches.

Food for the day will feature traditional Asturian items such as fabada asturiana (a white bean stew). There will be demonstrations of how the Asturian apple cider (sidra) should best be poured from high up into the glass in order to promote the right amount of aeration to augment the taste.

Everywhere there will be lots of street food, and the local flatbread made from corn flour known as tortos. 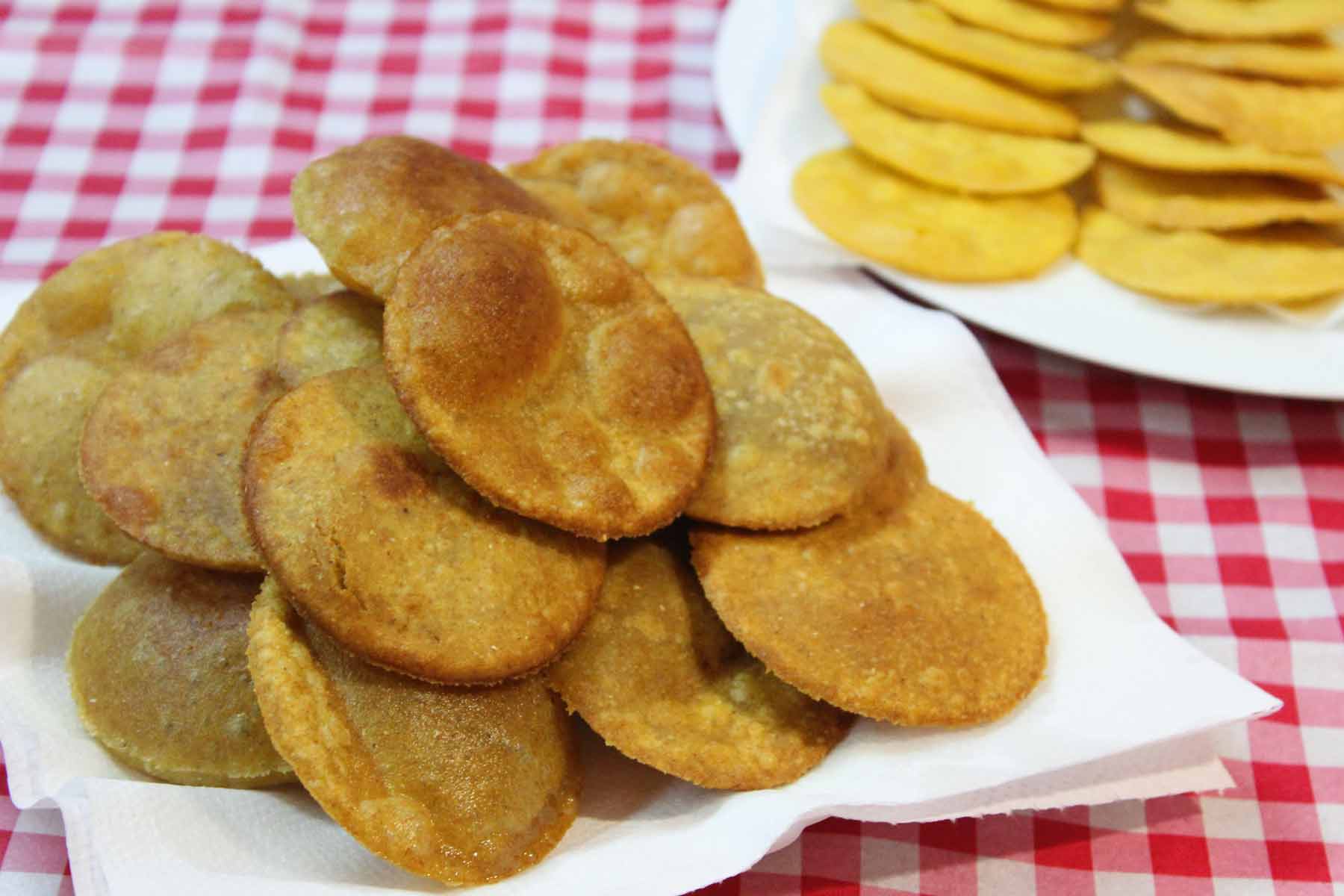 Asturias is a Celtic region of Spain. Consequently, bagpipes and what looks at times like highland dancing are also associated with today. The Celts who settled in this region were known as the Astures. It’s estimated that at least a thousand plus base words in the local dialect are still Celtic.

Asturia with its wild Celtic ancestry is a region that the Romans had trouble subduing and was the one part of the Iberian peninsula that the Moors never managed to.

Asturias Day was legally enacted on the 28th of June 1984 (Law 5/1984), with the first observance being later that year on the 8th of September.

No festival was held in 2020 during the Covid-19 pandemic.

Religiously, today is also a celebration of the birthday of Mary, the mother of Jesus. As the Virgin of Covadonga, who saved Asturias from Moor occupation in the 700s, she is the patron saint of Asturias, and so the celebration of her has become the “national” day for Asturias.

Some people to go special church services on this day to honour Mary, especially services at the Cathedral of San Salvador in Oviedo, and at a basilica and cave shrine in the village of Covadonga (Covadonga comes from Latin,“Cova dominica”, meaning “Cave of our Lady”.)

Photos of a statue of the Virgin Mary in a chapel in a cave (known as the Virgin of Covadonga) may be shown a great deal as a symbol of today, as well as the “Victory Cross”, which King Pelagius of Asturias carried into the Battle of Covadonga to help drive the Moors out of Spain. The cross is typically drawn showing it in yellow on a blue background. 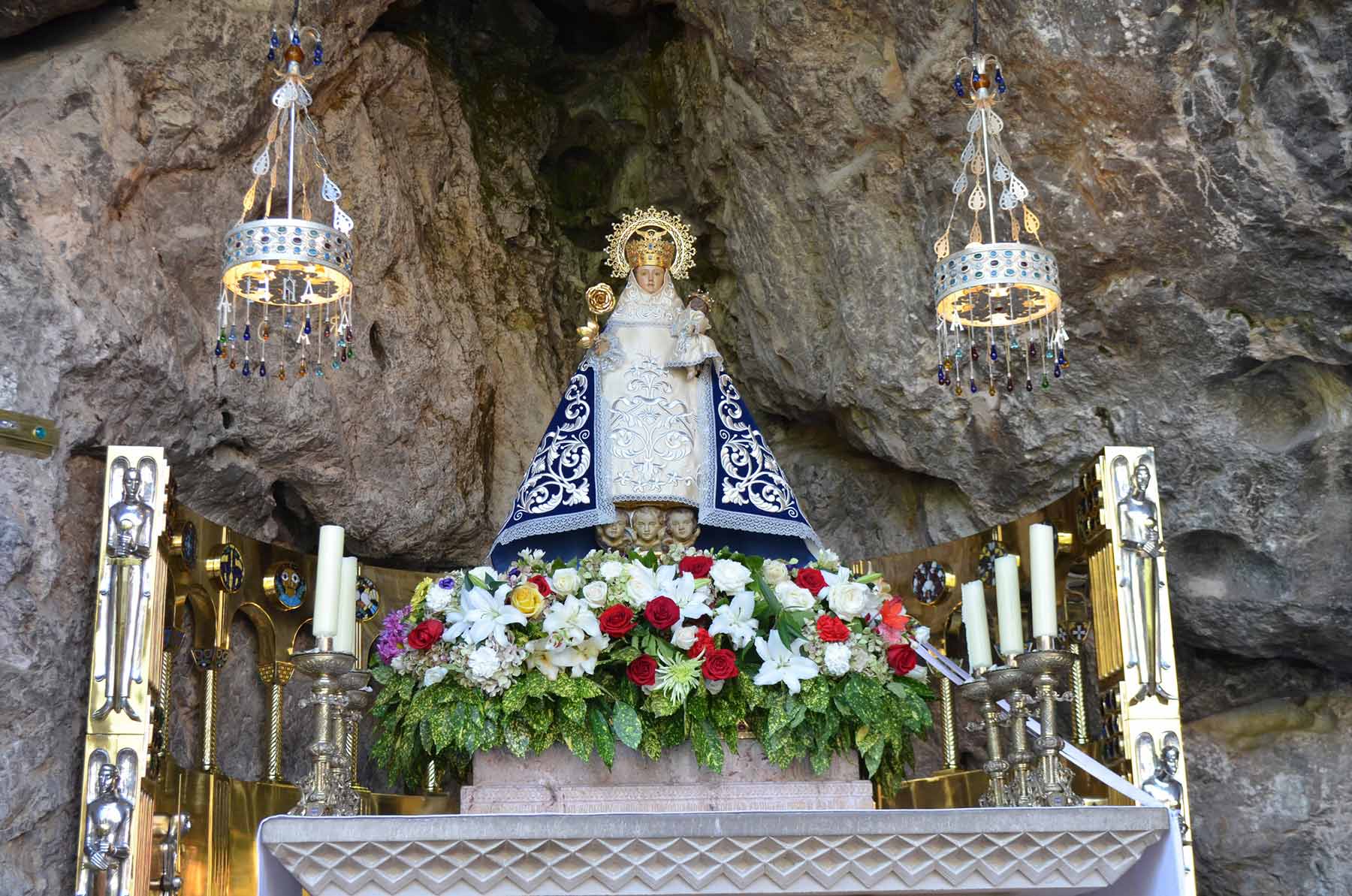