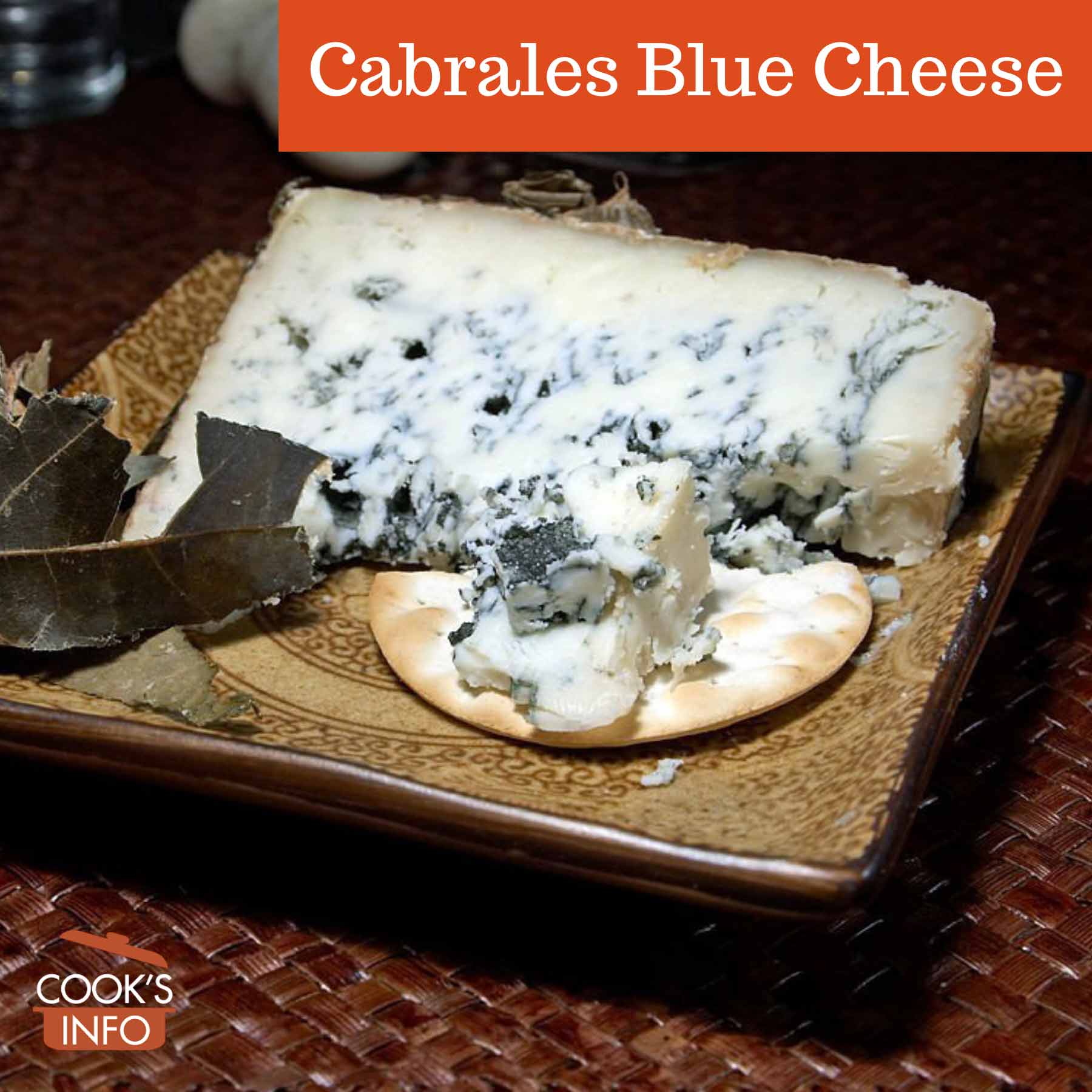 Cabrales blue cheese is made in four villages, including one called Cabrales, in the Eastern Asturias region of North West Spain, at the northern point of Picos de Europa in a township called Peñamellera Alta.

It is a mix of raw milk from cows, goats and sheep, though the milk mostly comes from cows as goat and sheep’s milk is only available in the spring and summer.

The milk is heated to between 25 and 35 C (77 to 95 F). Then goat rennet is added, and the mixture is allowed to sit 2 to 4 hours. The curd is coarsely cut, drained, then put loosely into moulds to allow air to get in. The cheese drains in the mould for up to 2 days, during which time the cheeses are turned. Then the cheeses are salted by hand over a period of 3 days. After that, the cheeses are aged 4 to 5 months in caves. The cheeses are regularly turned during aging.

The dark blue mould occurs naturally, working its way from the outside of the cheese in.

The cheese wheels are from 9 cm thick (3 to 3 ½ inches), weighing up to 2.7 kg (5 to 6 pounds). The wheels are sometimes wrapped in maple leaves, but more usually in foil.

The cheese is creamy with a sharp taste that is not as salty as other blue cheeses. The rind outside is yellow and quite smelly. The veins inside are so dark blue that they are almost black; sometimes depending on the maker, age and progression of the mould there are almost more veins than ivory coloured cheese. 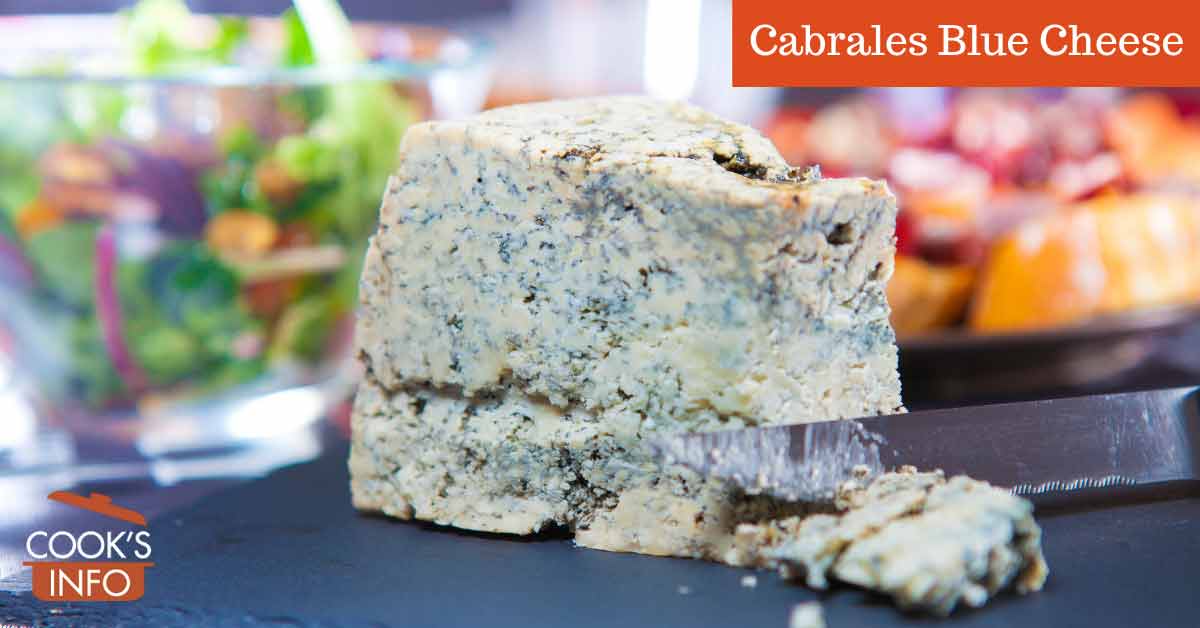 This web site generates income from affiliated links and ads at no cost to you to fund continued research · Information on this site is Copyright © 2022· Feel free to cite correctly, but copying whole pages for your website is content theft and will be DCMA'd.
Tagged With: Asturian Cheeses, Asturian Food, Denomination of Origin, Spanish Cheeses, Spanish Food