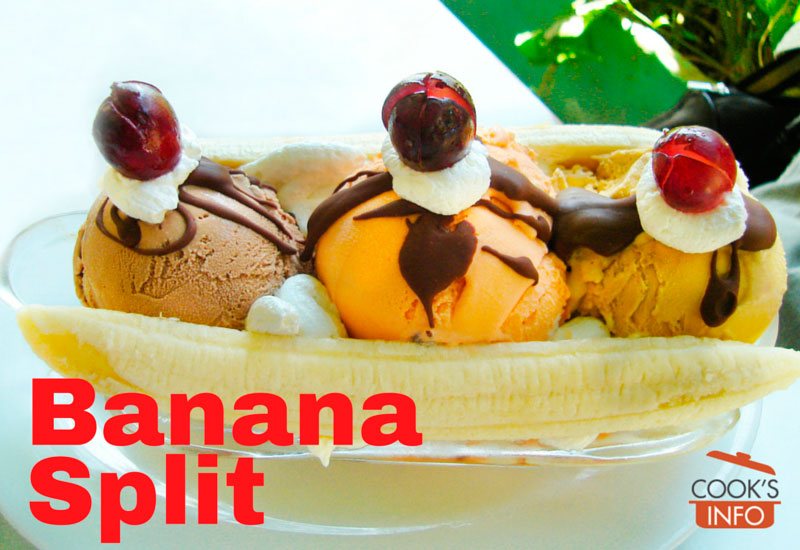 A banana split is a type of ice cream sundae dessert, made from bananas, ice cream, sweet sauces and garnishes. They are fun to assemble, and always look special and festive.

Though there are now of course many variations, this is perhaps the classic:

To assemble it, the two halves of banana are laid out lengthwise and parallel to each other in a long, narrow dish. They are then topped by the scoops of ice cream placed in a row along the length of the two banana halves. The sweet sauce is applied, then the whipped cream is put on in dollops or rosettes, and then the final garnishes.

Some people insist that the only legitimate sauce to use is strawberry, and that it should be accompanied by sliced strawberries.

Some people feel cheated if they don’t get three maraschino cherries, one on top of each mound of ice cream. 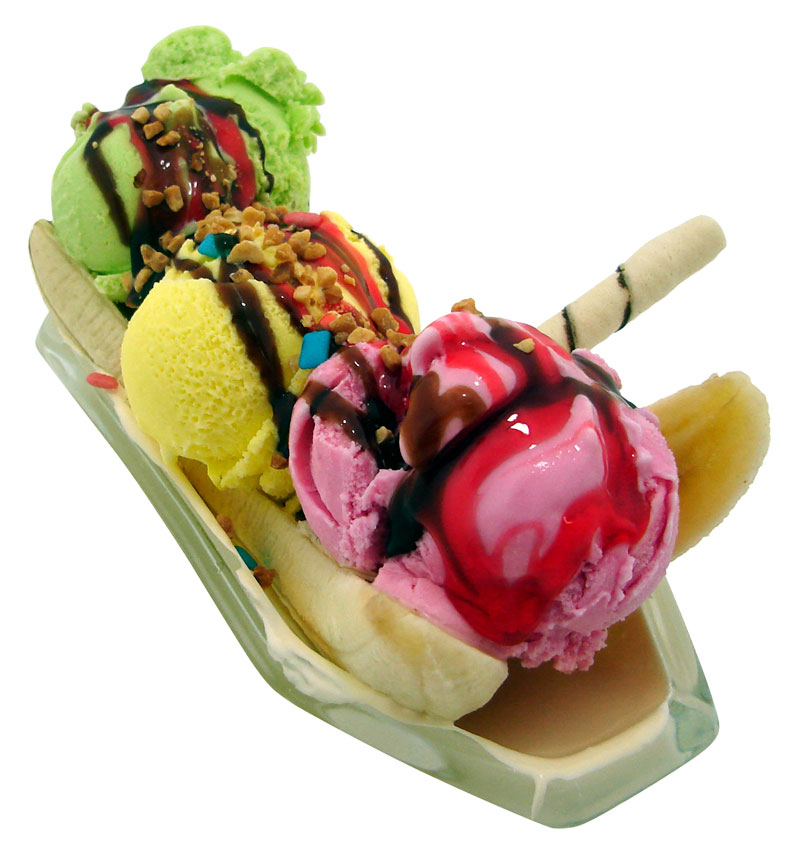 Wilmington, Ohio, and Latrobe, Pennsylvania, claim to be the birthplace of banana splits.

Wilmington maintains that banana splits were invented in Wilmington during 1907 by a restaurant-owner there, Ernest Hazard, to attract students in.

Latrobe says that they were invented in 1904 by David Evans Strickler, an twenty-three year-old apprentice pharmacist at Tassell Pharmacy in Latrobe. Part of Strickler’s duties were managing the sofa fountain in the drug store and he wanted to attract students from St Vincent College. Some say he was inspired by watching a soda fountain jerk on a previous trip he had made to Atlantic City. The banana splits sold for 10 cents each, and became very popular. News of them spread by word of mouth, and college students carried word of the new sundae back to their home-towns.

Strickler went on to graduate in pharmacy from the University of Pittsburgh in 1906, and later to buy Tassell Pharmacy, and add an optician’s business upstairs. Strickler sold the business in 1965, but continued making banana splits up until then. He died aged 90 in 1971.

The National Ice Cream Retailers Association favours Latrobe’s claim because of Strickler’s order placed for the special dishes in 1904, three years before Hazard’s reputed invention date. Strickler is also recognized as the inventor by his alma mater, the University of Pittsburgh. They held 100 year anniversary celebrations for the banana split on 25th and 26th August 2004. At the celebration, the university didn’t serve banana splits, though, because they anticipated serving 4,000 people. They served “banana split-flavored ice cream” instead.

Yet another claim for the invention of banana splits comes from Columbus, Ohio, which maintains that the dish was invented there in 1904 at a soda fountain by a Letty Lally. That claim is rejected on a technicality, though, because she used sliced banana, rather than split banana.

Later, banana splits were adopted by Walgreen’s Pharmacy as their star dessert. 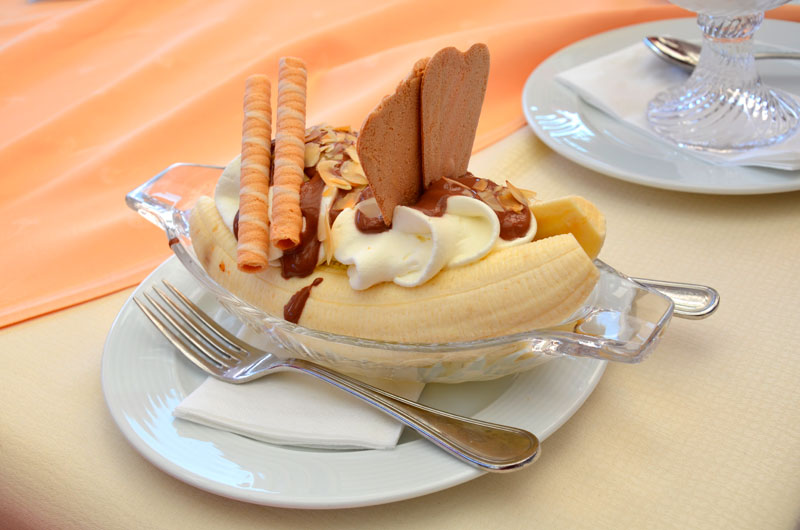 The definitive book on banana splits is considered by many to be “The Banana Split Book: Everything There Is To Know About America’s Greatest Dessert” by Michael Turback.

The “Banana Splits Adventure Hour” first aired on television on 7 September 1968. It had zany, slapstick acting and plots designed to appeal to children. The actors were dressed in furry costumes.

For each character, one actor did the acting in a furry costume, another one did the voice:

The Banana Splits also performed live. The series lasted until 1970. 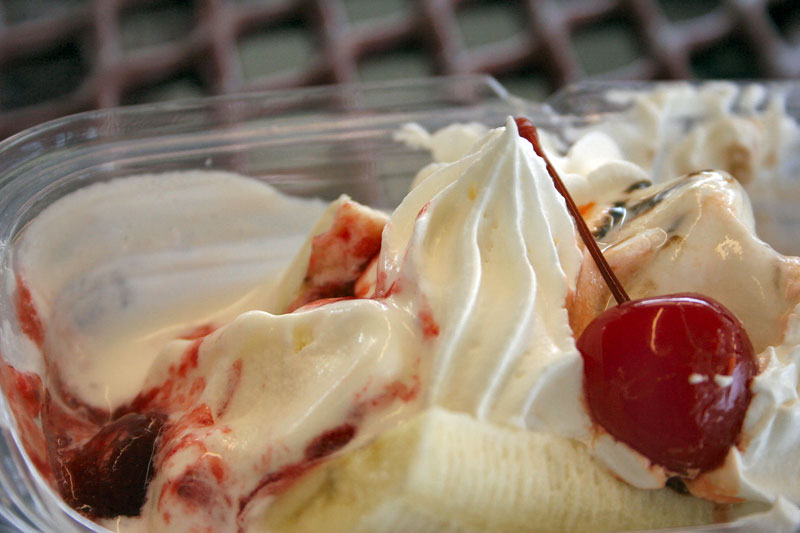