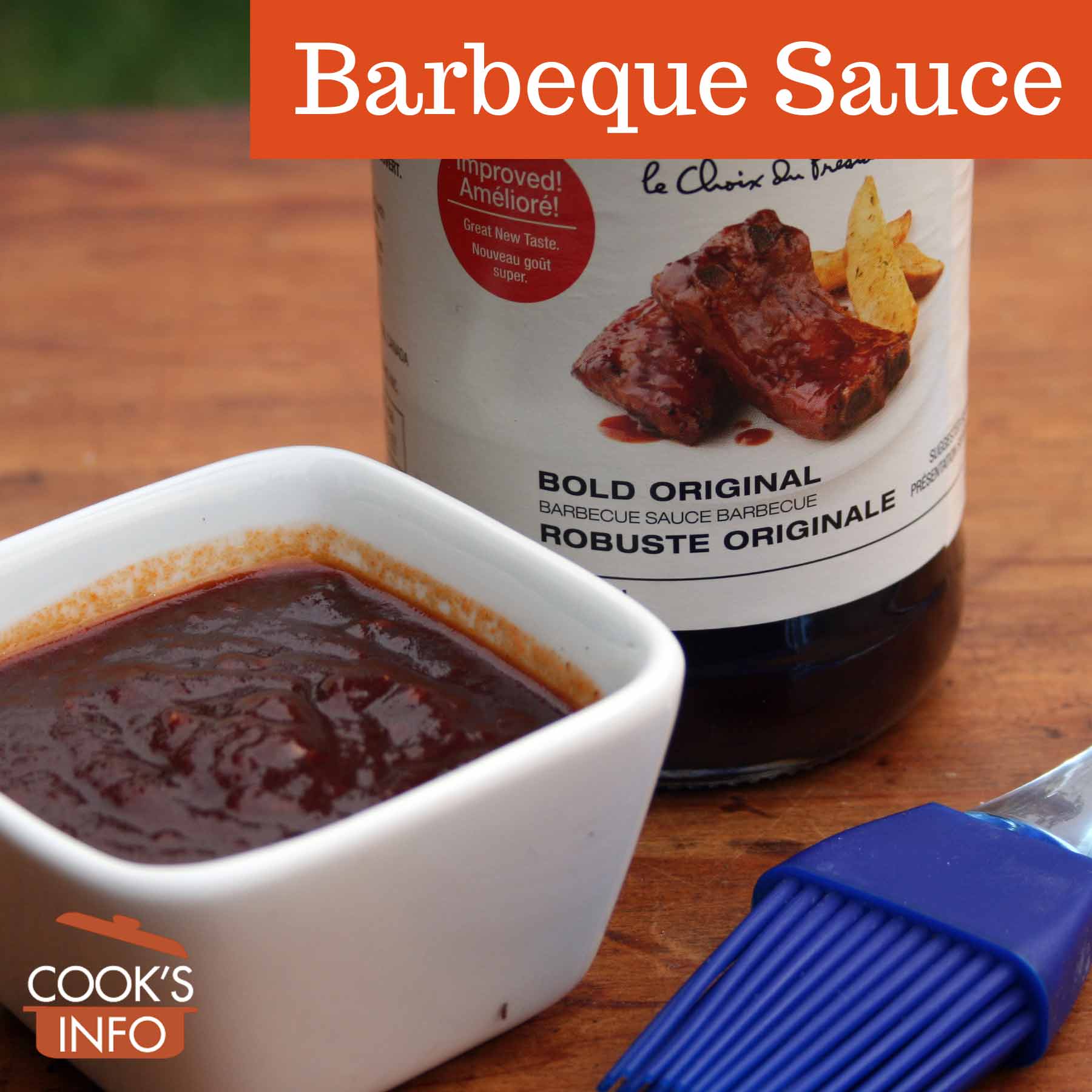 Barbeque sauce is a sauce used to accompany barbequed or grilled food. There are thousands of recipes for barbeque sauces, with no common base for all of them aside from their purpose.

When to Apply Barbeque Sauce

Barbeque sauce can be applied to the food during cooking (becoming a “basting sauce”), or served with the cooked food, or both.

Some maintain that barbeque sauce should only appear when the meat hits the table, and never be applied during cooking at all. Sauces that are applied only at the very end of cooking (such as white barbeque sauce) or only served at the table are called “finishing sauces.”

It becomes particularly important when the barbequing in question is actually “grilling” over propane, to compensate for there being no wood smoke to impart a flavour to the food.

In America, the following regional generalisations can be made as a starting point for discussion (usually vigorous):

When you get to the Carolinas, though, you have to switch from broad regional swaths to practically looking it at county-by-county. Roughly, though, Carolina barbeque sauces can be grouped as:

Similar regional categorizations could also be done for almost any American state where barbeque is a religion, such as Texas and Georgia.

Asian barbeque sauces such as Japanese are an art in their own right.

Many men who otherwise would have to be dragged screaming into a kitchen will happily spend hours there concocting their secret, world’s best barbeque sauce.

Barbeque sauces tend to burn easily because of the sugars in them, and turn black owing to tomato content.

When you’re grilling a steak that’s maybe only going to be on the grill 5 to 15 minutes in total, you can slather the sauce on before you slap the steak on the grill. If you’re grilling something that’s going to be on much longer, such as pork or a piece of chicken, apply the barbeque sauce during the last 10 to 15 minutes of cooking, or it will just burn and go black, crusty and unpalatable.

A 2010 study at the University of Western Ontario in Canada found that barbeque sauces tend to be high in natural antioxidants, even after cooking, owing to the ranges of spices, herbs, fruits and vegetables which go into them. The study was published in the Journal of Food Composition and Analysis. [1]Thomas, R., Guglielmo, C., and Bernards, M.A., (2010), Changes in lipophilic and hydrophilic antioxidant activities in seven herbs and spices based marinating sauces after cooking. Journal of Food Composition and Analysis, 23:244-252.

Some food researchers feel that barbeque sauces which have no tomato in them (such as those in some parts of the Carolinas) may be vestiges of the first ketchup sauces, which had no tomato in them.

This is an eastern North Carolina barbeque sauce, provided as an illustration of a tomato-free version:

Mix. Ideally, make a few hours ahead to allow flavours to marry.

This web site generates income from affiliated links and ads at no cost to you to fund continued research · Information on this site is Copyright © 2023· Feel free to cite correctly, but copying whole pages for your website is content theft and will be DCMA'd.
Tagged With: Barbeque, Barbeque Sauce