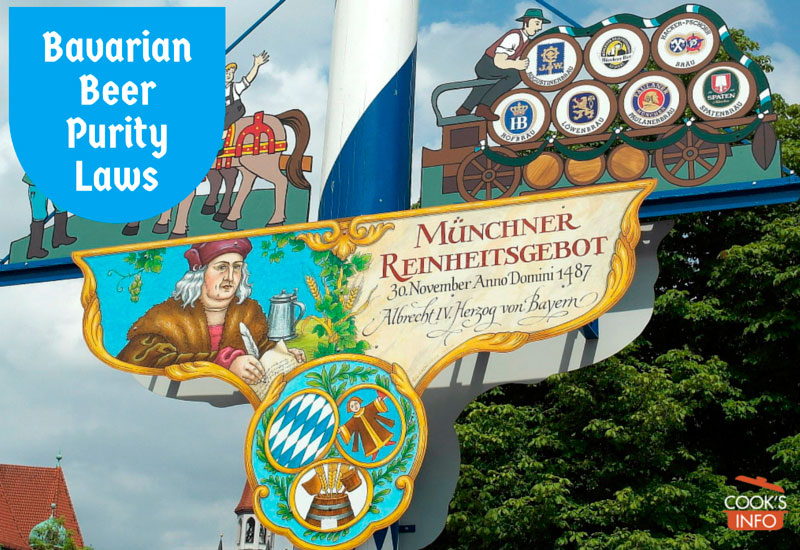 Bavarian Beer Purity Laws are not actually the oldest beer laws [1], but they are oldest still in effect today.

In the 1500s, Bavaria was its own realm or dukedom within the Holy Roman Empire.

On 23 April 1516, William IV, Duke of Bavaria, decreed purity laws for beer brewed in Bavaria — a set of standards forming what is now referred to in German as the “Reinheitsgebot” (literally “Purity Requirement.”) The decrees said that only malted barley, hops, and water could be used. The laws were modified sometime after 1857 to allow the addition of yeast (this was after Louis Pasteur’s discoveries in which he came to understand the existence and role of yeast.) When Germany unified in 1871, the law became part of the federal laws of the new country.

The European Union (EU) ruled in 1993, however, that Germany cannot use its Reinheitsgebot to keep out beers brewed outside of Germany.

In February 2005, a German brewer Helmut Fritsche won the right to add sugar as well. Helmut Fritsche had been an East German brewer who added a sugar syrup to his beer. East Germany had abandoned the Reinheitsgebot, but its brewers became subject to it once again after reunification. The German court ruled that that was okay, as the sugar syrup is added after the beer has finished brewing, just as some breweries also add herbs to beer after it has finished brewing and sell those beers as “special beers.” Fritsche’s beer is called “Schwarzer Abt.” It’s a style of beer known in Germany as Schwarzbier (“black beer”, e.g. dark beer.)

Beers intended for scientific experiment, or export, are exempt from the law.

Within the requirements, there can be a fair bit of interpretation. The hops, for instance, don’t have to be fresh hops: they can be powdered hops, or hop extract, provided these other forms contain nothing but hops.

In top fermented beers (“obergärigem Bier”) e.g. Ales, the use of additional specially recognized sugars such as Invert Sugar is allowed, or malt from sources other than barley.

[1] A preceding document from 1434, called the Weissensee document, specified that only grain, hops, yeast and water could be used. 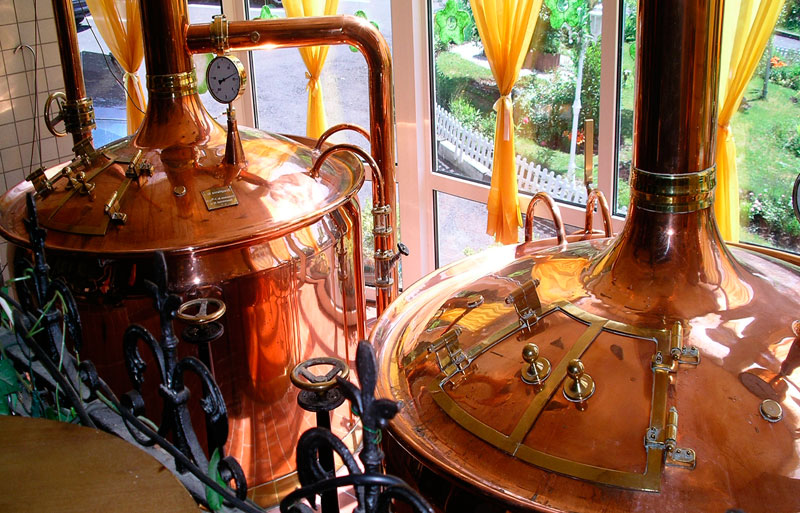 This web site generates income from affiliated links and ads at no cost to you to fund continued research · Information on this site is Copyright © 2022· Feel free to cite correctly, but copying whole pages for your website is content theft and will be DCMA'd.
Tagged With: German Food, Technical Terms