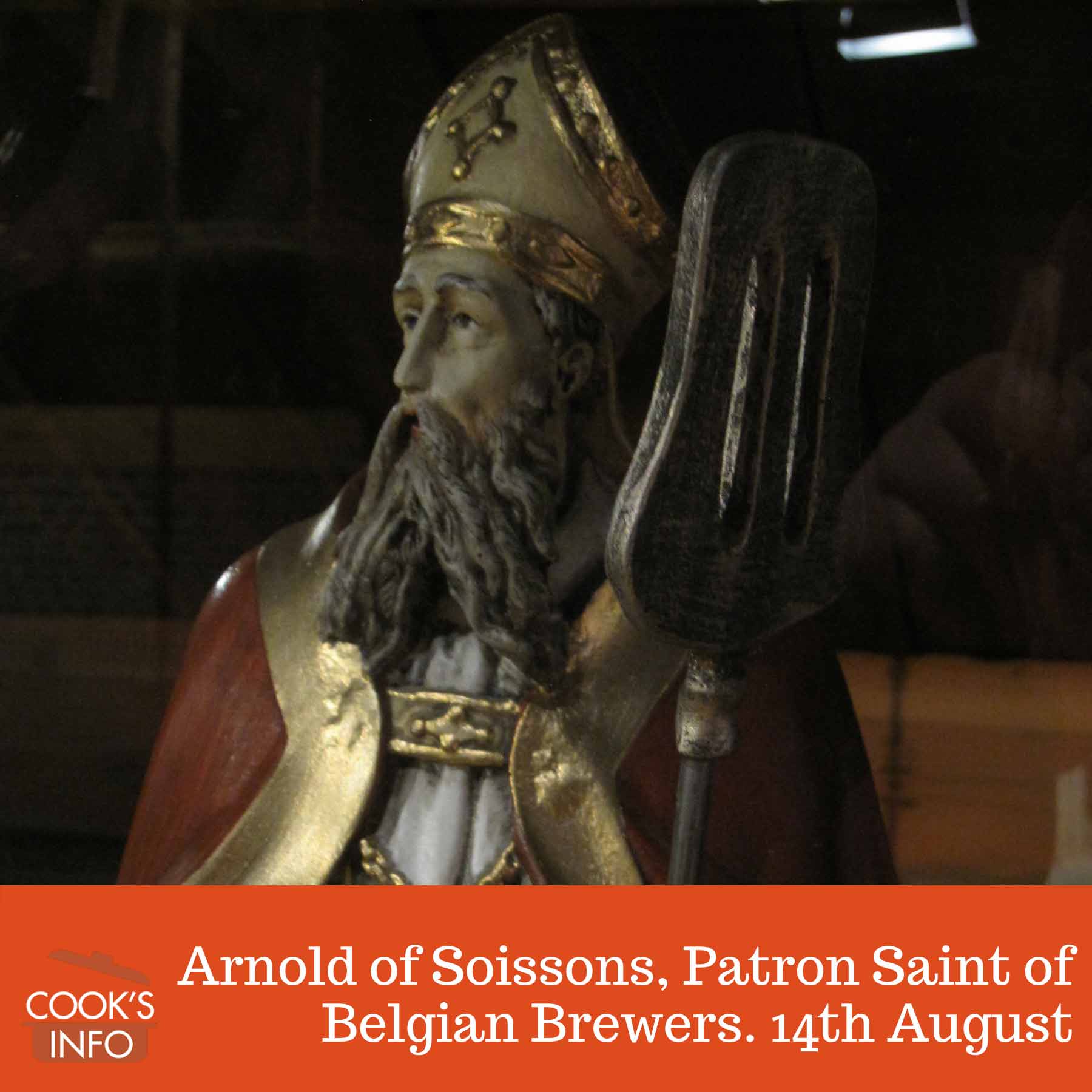 The 14th of August is the feast day of Arnold of Soissons, the patron saint of hop-pickers and Belgian brewers.

Why not raise a toast to St Arnold today with a Belgian beer?

He was born in Brabant, in what is now Belgium. He eventually became Abbot of the Benedictine St. Medard’s Abbey at Soissons, and then later the Bishop of Soissons.

Later, he retired from being a bishop and founded the Abbey of St. Peter in Oudenburg.

In Oudenburg, he spent some of his time brewing beer. He devised a process of clarifying his beer by passing it through woven straw cones used in bee hives.

During a sickness outbreak, he encouraged the local people to stop drinking water, and to drink instead beer that he provided to them. This substitution is assumed to have saved many lives as it seems the disease outbreak at the time was waterborne. During a later cholera outbreak, he did the same and again saved many lives.

At one point, the roof of the monastery collapsed and wiped out most of his beer supply. He prayed for what beer was left to be multiplied and miraculously, the beer supply was restored.

He is sometimes depicted holding a beer mashing rake.

He is known as ‘Sint Arnoldus‘ in Belgium. Some Belgian breweries keep a statue of him around as a good luck charm.

Note: Arnold of Soissons is a different saint from St Arnulf / Arnold of Metz, who is also associated with beer and for whom a parade is held in Belgium on his feast day which is the 18th of July.