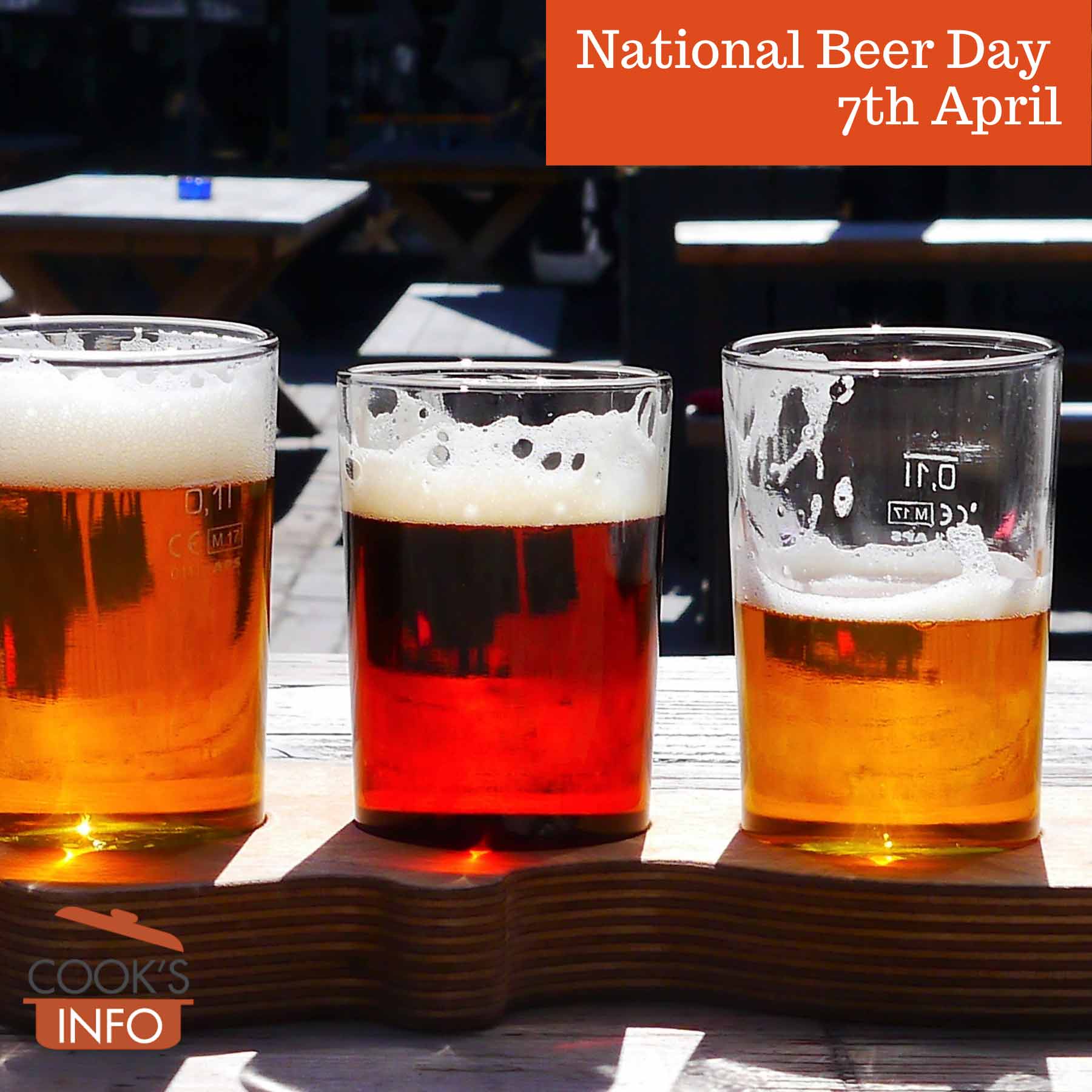 The 7th of April is National Beer Day.

National Beer Day is a U.S. food “holiday” marking the day in history when American prohibition was loosened to allow the sale of beer again.

Prohibition against alcohol was in effect in the United States from January 1920 to December 1933. It made the sale of anything with an alcohol content of 0.5% or higher illegal.

On this day in April 1933, the Cullen–Harrison Act came into effect. (President Franklin D. Roosevelt had signed the legislation a few weeks previously on 22 March 1933.) The act loosened Prohibition rules, legalizing the sale of low-alcohol beer (and wine) with a maximum alcohol content of 3.2 % by weight (or 4.05% by volume).

The evening before, 6th April, is also celebrated as “New Beer’s Eve”.

Prohibition came to a complete end in the U.S. later that same year, on 5th December 1933, just in time for Christmas festivities.

Cenosillicaphobia is the fear of an empty beer glass.

To celebrate today you could:

National Beer Day was first promoted as a day of celebration in 2009 by a Justin Smith of Richmond, Virginia.

Justin was in a bar that was part of the Buffalo Wild Wings chain. Someone wished him a Happy Beer Day on the 1st of March, because that was the date in Iceland back in 1989 that prohibition finally ended there. He told a friend he was with that he would like to promote a beer day for the U.S. but only if he could find a real historical event to tie it to, so that it wouldn’t completely be one of those fake, made-up food holidays. He did some reading and discovered the Cullen-Harrison Act of 1933. [1]Hartis, Daniel. Meet the Godfather of National Beer Day. All About Beer Magazine. 7 April 2018. Accessed July 2019 at http://allaboutbeer.com/justin-smith-godfather-national-beer-day/

Smith started a Facebook page for National Beer Day in 2009, which was then noticed and promoted by Eli Shayotovich, a beer writer in Colorado.

The beer app, Untappd, then picked up on the day in 2011. [2]”Untappd in 2011 started a badge for National Beer Day that really helped snowball the recognition.” Hartis, Daniel. Meet the Godfather of National Beer Day. All About Beer Magazine. 7 April 2018. Accessed July 2019 at http://allaboutbeer.com/justin-smith-godfather-national-beer-day/ [3] On Apr 5th, 2012 5:59 PM, their blog stated: “We have the return of our National Beer Day badge.” https://untappd.com/blog/post/20548472052/national-beer-day-session-beer-day