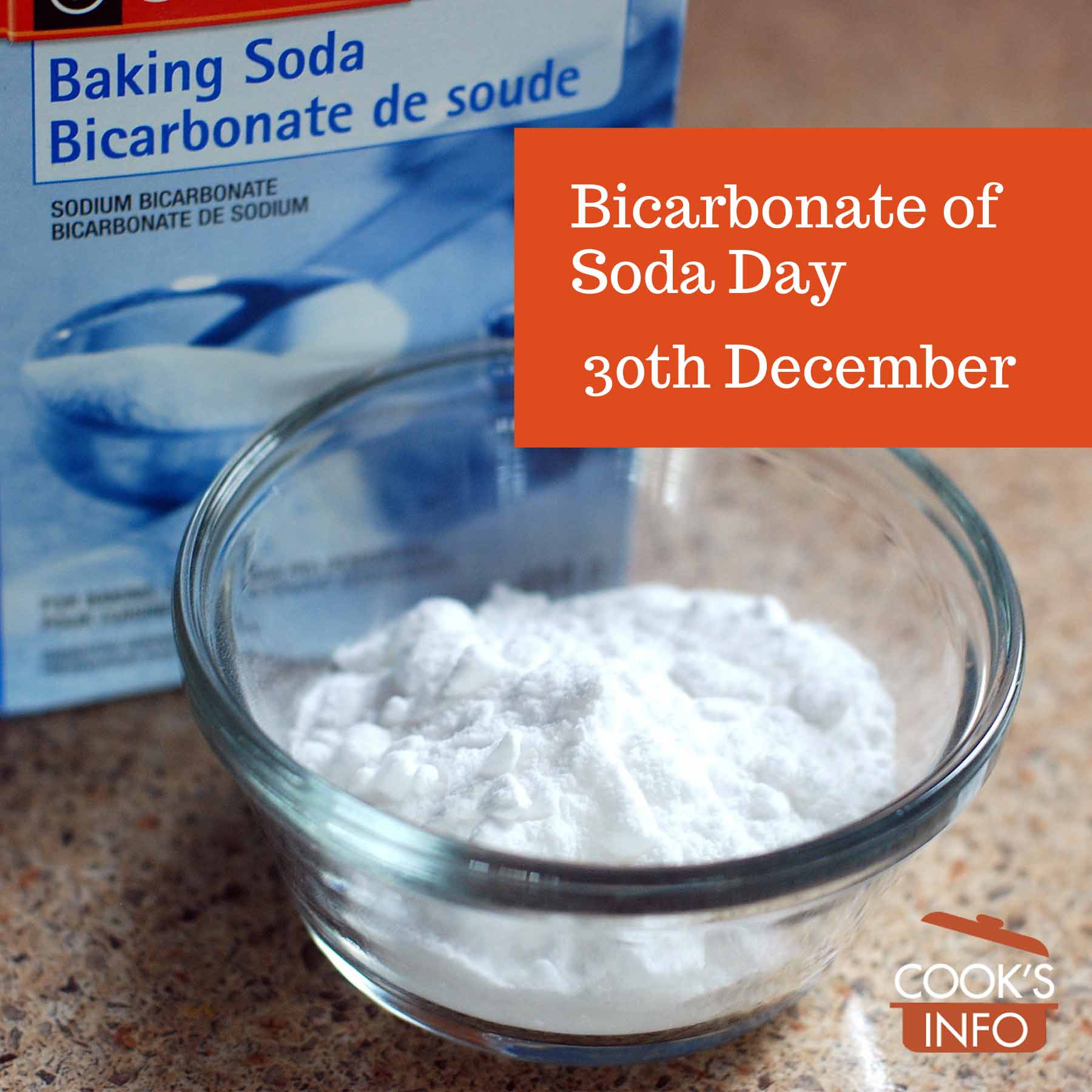 Bicarbonate of Soda Day is the 30th of December.

To mark Bicarbonate of Soda Day, you could bake something that uses baking soda. Or, just think of today as a good day to replace the box of deodorizing baking soda in your fridge, in time for the New Year.

However, given that baking soda is a time-honoured remedy for indigestion, it might be around this time of year that you are reaching for a glass of water with some baking soda in it anyway to settle your stomach. It actually does work, by acting as an antacid and neutralizing excess stomach acid, though it’s not recommended for young children. The jury is still out on what it actually does, if anything, for your fridge.

The plainer name for Bicarbonate of Soda Day could be just “baking soda day”, but that wouldn’t have the same cachet, does it?

Do you know the difference between Soda Water, Club Soda, Seltzer Water and Carbonated Water? And what does the word “Soda” mean on its own in parts of North America? CooksInfo.com has the answers.