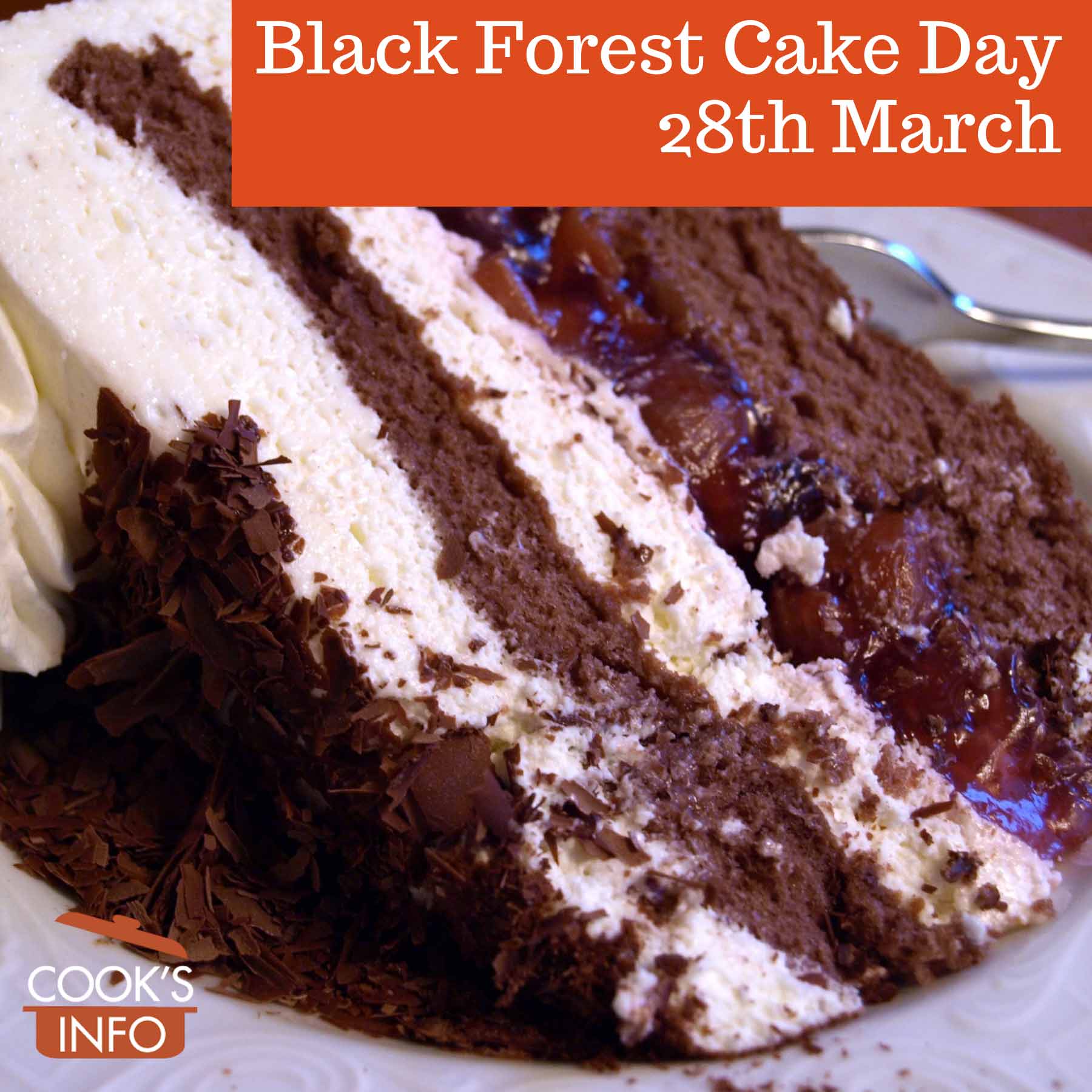 The 28th of March is Black Forest Cake Day.

Black Forest cake is a chocolate cake flavoured with Kirschwasser liqueur, and layered with cherries and whipped cream. It is decorated with more cherries, and chocolate shavings.

Kirschwasser is a specialty liqueur of the Black Forest area in Bavaria. In the U.S. the Kirschwasser liqueur is often left out, but in Germany, it’s a legal requirement, or the cake cannot be called Black Forest cake.

For decades now, it has been one of the most famous cakes to come out of German cuisine. In German, the cake is known as “Schwarzwalder Kirschtorte.”

If you plan ahead, you could even have Black Forest cake today for breakfast. After all, it’s got fruit in it, doesn’t it?

The earliest mention that CooksInfo has found of a 27th of March “Black Forest Cake Day” in print archives dates from 2013 in Oklahoma:

This web site generates income from affiliated links and ads at no cost to you to fund continued research · Information on this site is Copyright © 2021· Feel free to cite correctly, but copying whole pages for your website is content theft and will be DCMA'd.
Tagged With: Cakes

‘A well made sauce will make even an elephant or a grandfather palatable.’ — Grimod de la Reyniere (French gastronome. 20 November 1758 – 25 December 1837)