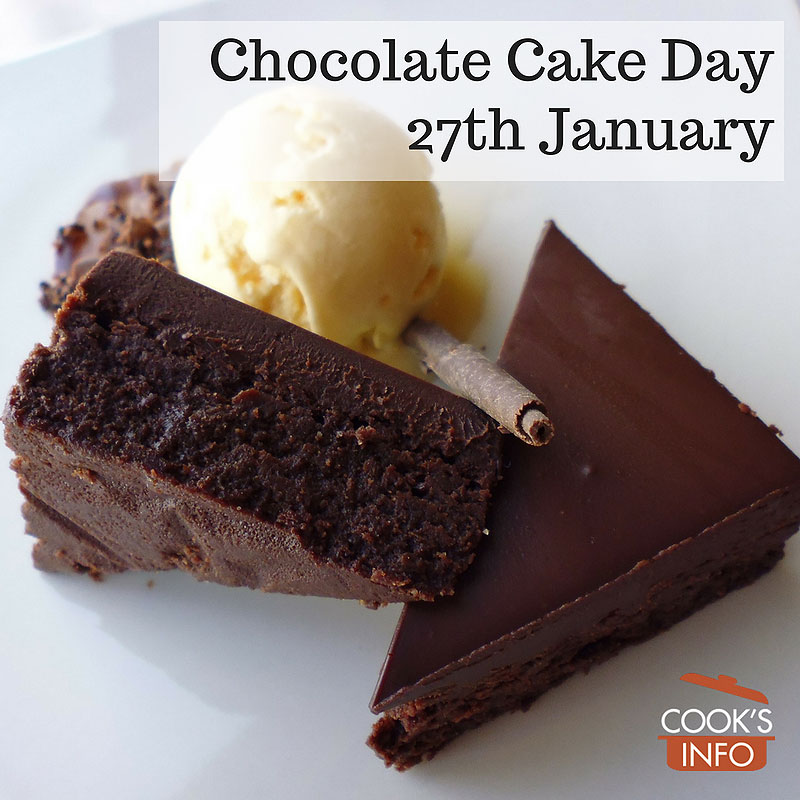 The 27th of January is Chocolate Cake Day.

With the end of January fast approaching, you’d think it’d be “National Use Up The Christmas Nuts Day” or “Eat Up All The Hard Candy Day” so that we weren’t staring at bowls of them in the living room until Easter. But instead, someone in his or her wisdom has decided that as it’s been only four weeks since we were bombarded with rich, decadent food during the Christmas and New Year celebrations, the time has clearly come for another good dose of it lest any calories actually be lost, and voilà, here we are at Chocolate Cake Day.

If, however, you can’t bring yourself to break your diet so soon after starting it by shovelling into you a piece of chocolate cake, there are other special things you can do to give a nod to this day:

Today is also the birthday of Wolfgang Amadeus Mozart. If you want to celebrate both occasions at once, perhaps you could find time turn on the radio and listen to some of his music probably being played somewhere today, and have a slice of German (okay, so he was Austrian: Germanic) chocolate cake while listening to it.

The earliest print mention CooksInfo has found for Chocolate Cake Day occurred in January 1997 in Florida:

This web site generates income from affiliated links and ads at no cost to you to fund continued research · Information on this site is Copyright © 2023· Feel free to cite correctly, but copying whole pages for your website is content theft and will be DCMA'd.
Tagged With: Cakes