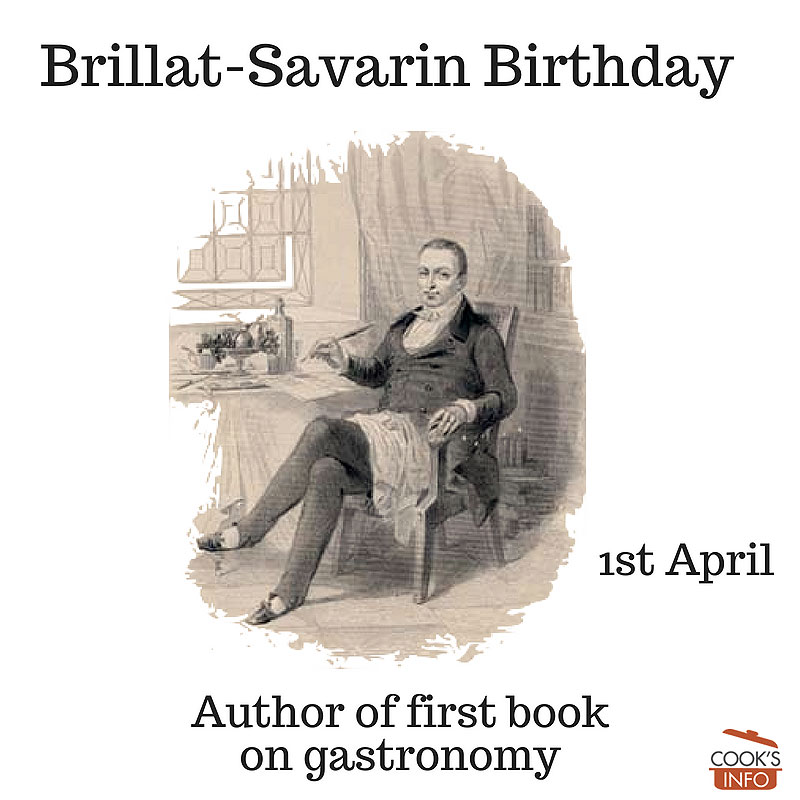 Contents hide
On the 1st of April in 1755, Jean-Anthelme Brillat-Savarin was born in France. He wrote the first book dedicated to the pleasures of food, published in 1825.

Many food celebrities over the past few hundred years have since looked down on Jean-Anthelme Brillat-Savarin, because he was not actually a chef. Instead, he was just a gourmet, or, a “gastronome”, as he liked to think of himself. He was a highly educated man, living in Paris, and a judge on the Supreme Court of Appeals for 26 years.

In some ways, he was pedantic, as only a judge and lawyer can be, but he was not humourless. Many of the chapter titles in the book wryly poke fun at themselves, and a good deal of the book is based on anecdotes.

Some people find the book tiresome because of this, but that was the style of writing at the time, when writers tried to convey philosophical ideas in a fireside manner.

Some who haven’t read the book think it must be about high-society food, but in fact, what Brillat-Savarin praises most is simple, home cooking.

Brillat-Savarin was at the height of his thinking and career when he died at the age of 70 in 1826. He met his end by being obliged by his boss to go to an event he really didn’t want to go to in the first place, which many no doubt will sympathize with. We have a full biography of him here:  Jean-Anthelme Brillat-Savarin

“Tell me what you eat and I will tell you what you are.” — Jean-Anthelme Brillat-Savarin.

“A dinner which ends without cheese is like a beautiful woman with only one eye.” — Jean-Anthelme Brillat-Savarin.