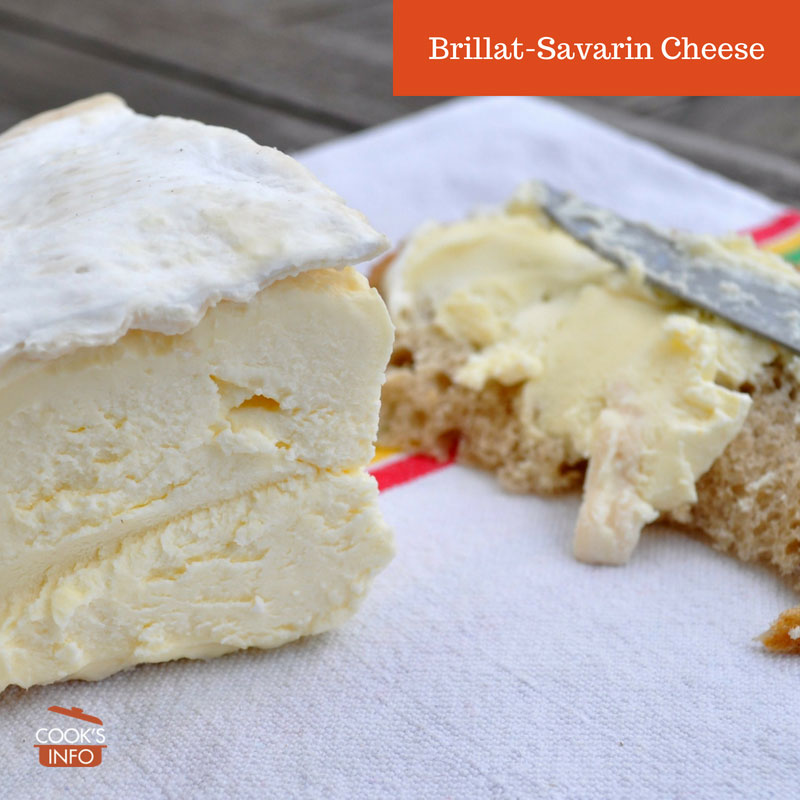 It has the same shape and white, soft, downy crust as a wheel of brie.

The butterfat content will be a minimum of 72 %. [1]Many sources say 75%, but the cheese’s promotional group itself says 72%. The salt content is less than 2 %.

The cheese is promoted by the “Groupement de Promotion du Brillat-Savarin” in Longvic, just south of Dijon in France. 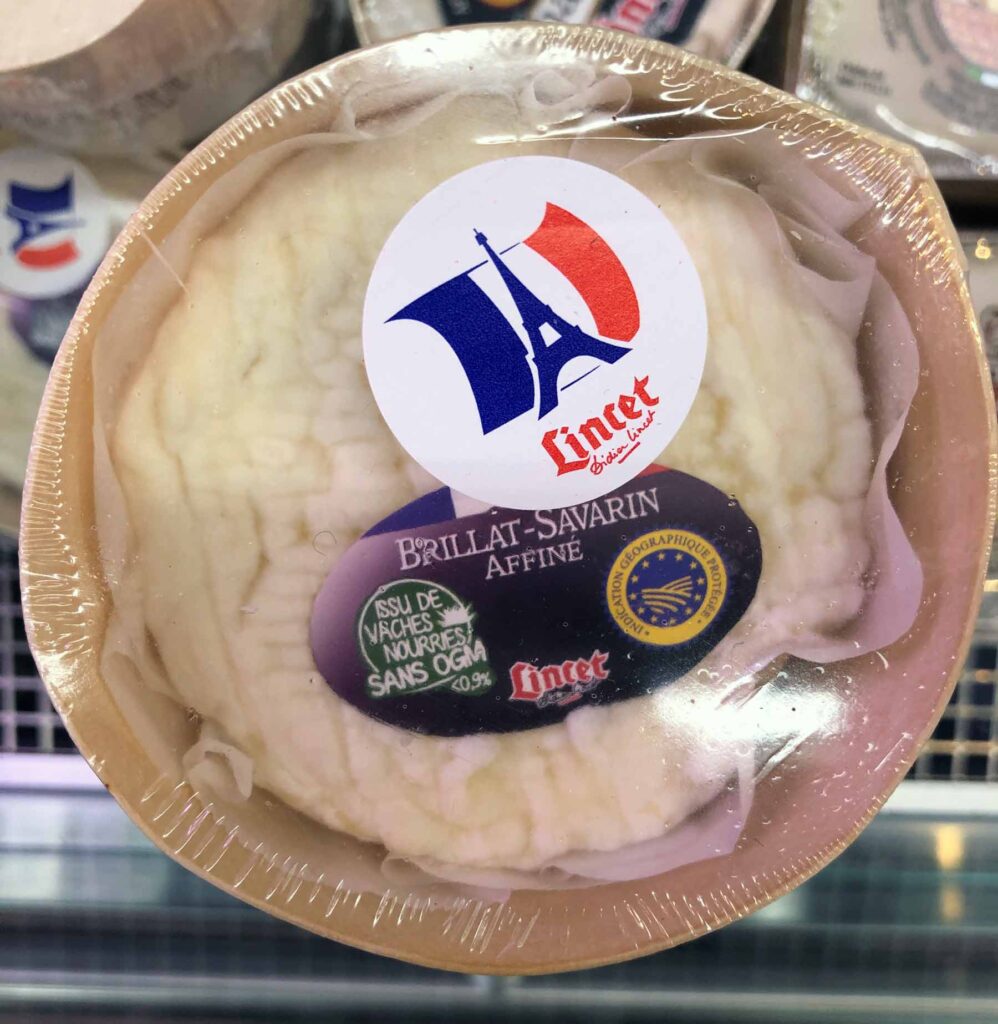 To make the cheese, cow’s milk is enriched with cow’s cream to meet the required fat content.

The mixed milk is put into tubs holding up to 220 litres (232 US quarts) at once. Calf rennet is added to curdle the milk mixture. The curdling is started no more than 96 hours after the milk has been obtained from the cows, and is done at a low temperature, taking at least 12 hours to finish. The curd is then packed into moulds, and let drain at least 20 hours. The moulded cheeses are then lightly salted.

The cheeses are removed from their moulds, and allowed to dry and age at a temperature between 5 and 14°C.

The cheese is aged a minimum of three days. When sold as “matured”, the small wheels will be aged five days, and the larger wheels, eight days.

During the aging, the cheeses will be turned and monitored, as the characteristic white mould develops on their surfaces.

It is made year-round from cow’s milk in just south-east of Paris, France. in five towns (Sens, Auxerre, Montbard, Dijon, and Chalon-sur-Saône) in the area between Seine-et-Marne to the north and Saône-et-Loire in the south. [3]L’IGP pour le Brillat-Savarin. 25 January 2017. Accessed July 2018 at https://www.inao.gouv.fr/Nos-actualites/L-IGP-pour-le-Brillat-Savarin

Rights to the name are licensed out. Ownership of the licence has changed hands several times; in 2006, it was owned by the French cheese conglomerate “Bongrain” (named Savencia as of 2018.)

As of 2016, its production was licensed to eight different creameries, with total annual production being about 1400 metric tonnes.  [4]Production du Brillat-Savarin. Ibid. 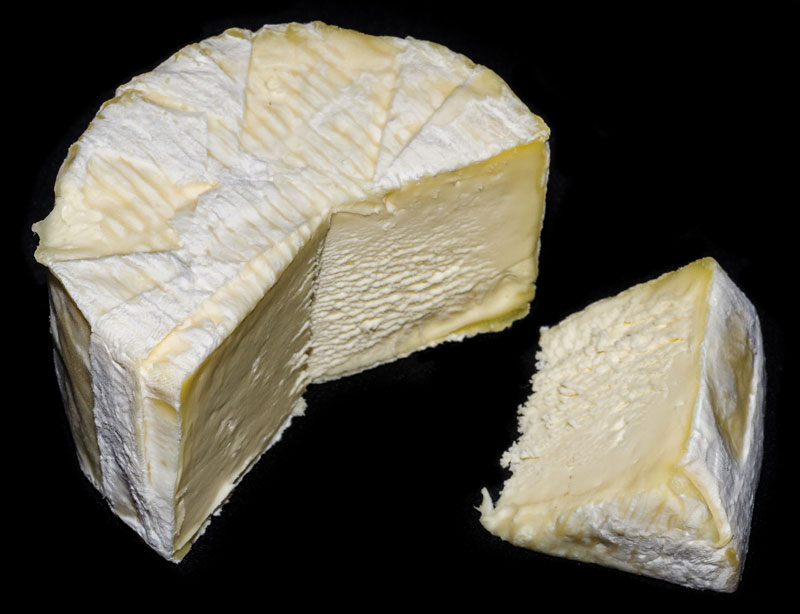 Some cheese writers suggest pairing the cheese with sparkling wines or light beers.

Brillat-Savarin Cheese was created by the father and son team of Pierre and Henry Androuët in the 1930s, and named after Jean Anthelme Brillat-Savarin.

The pair based it on “Excelsior” cheese, an 1890s ancestor of today’s triple-cream cheeses.

It was originally made in Forges-les-eaux, a former spa town 54 km (33 miles) from Dieppe.

The cheese received its PGI status on 19 January 2017. The application for the recognition was filed in December 2013. 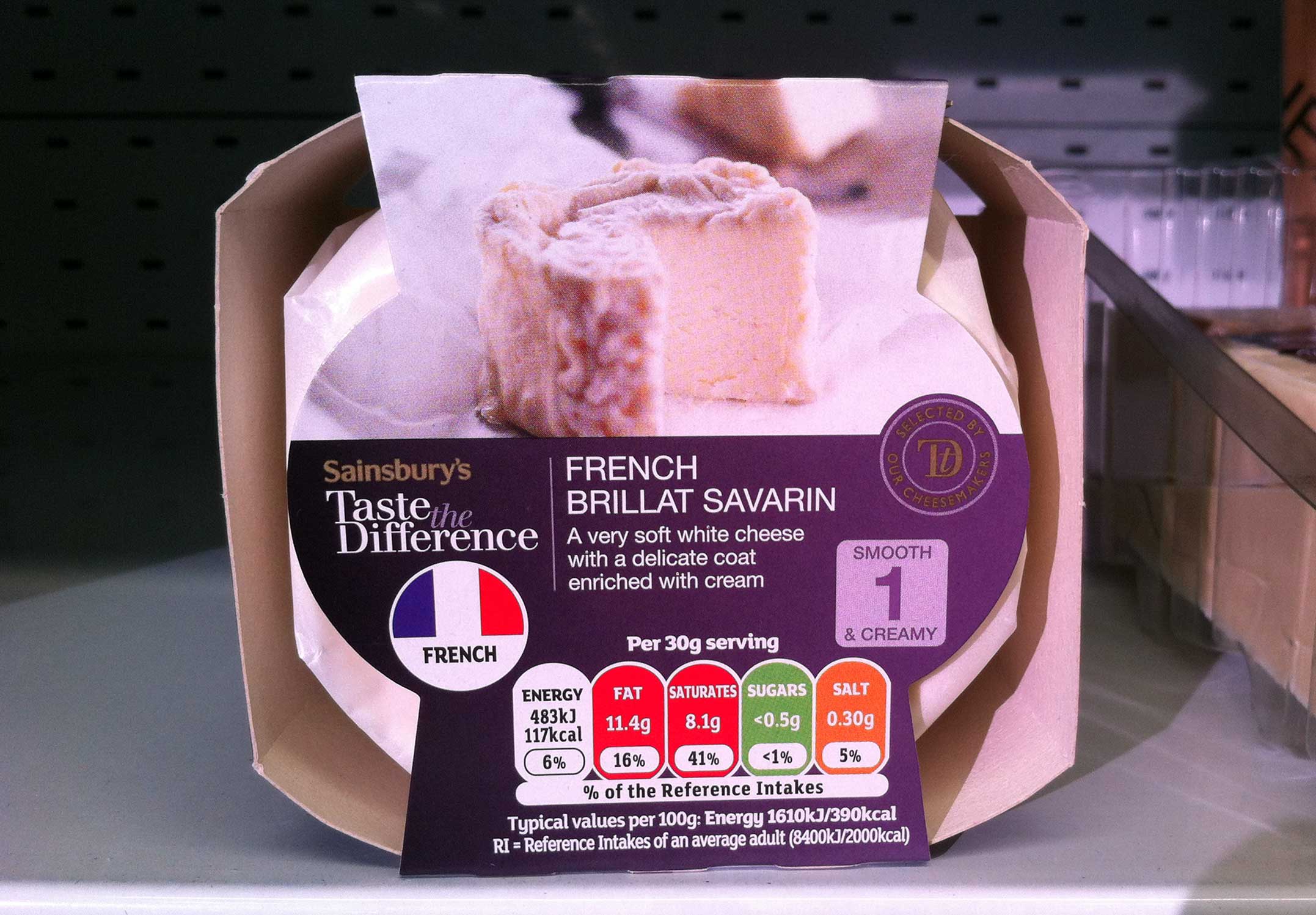 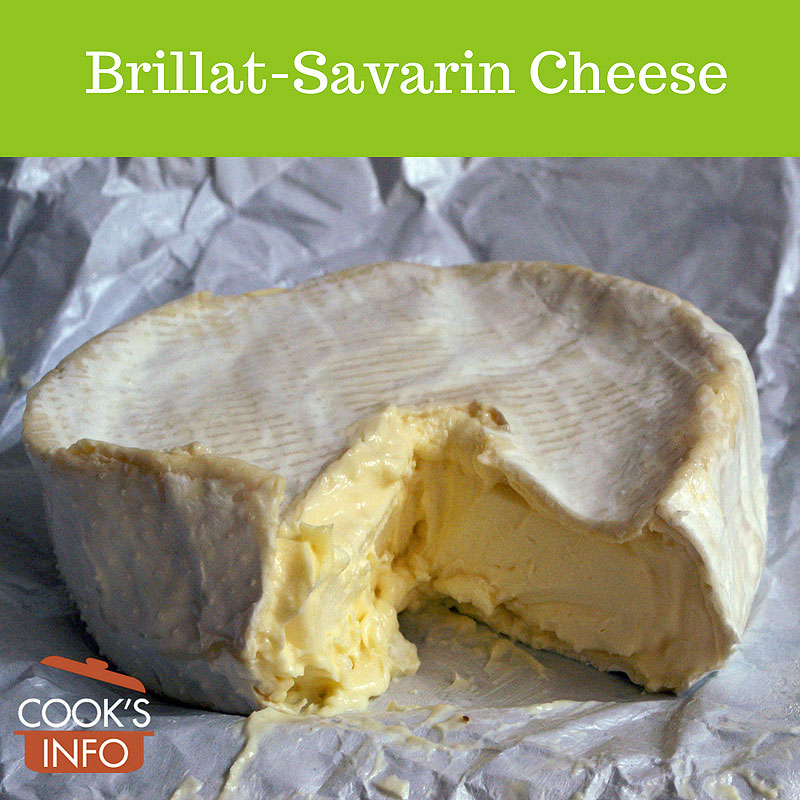 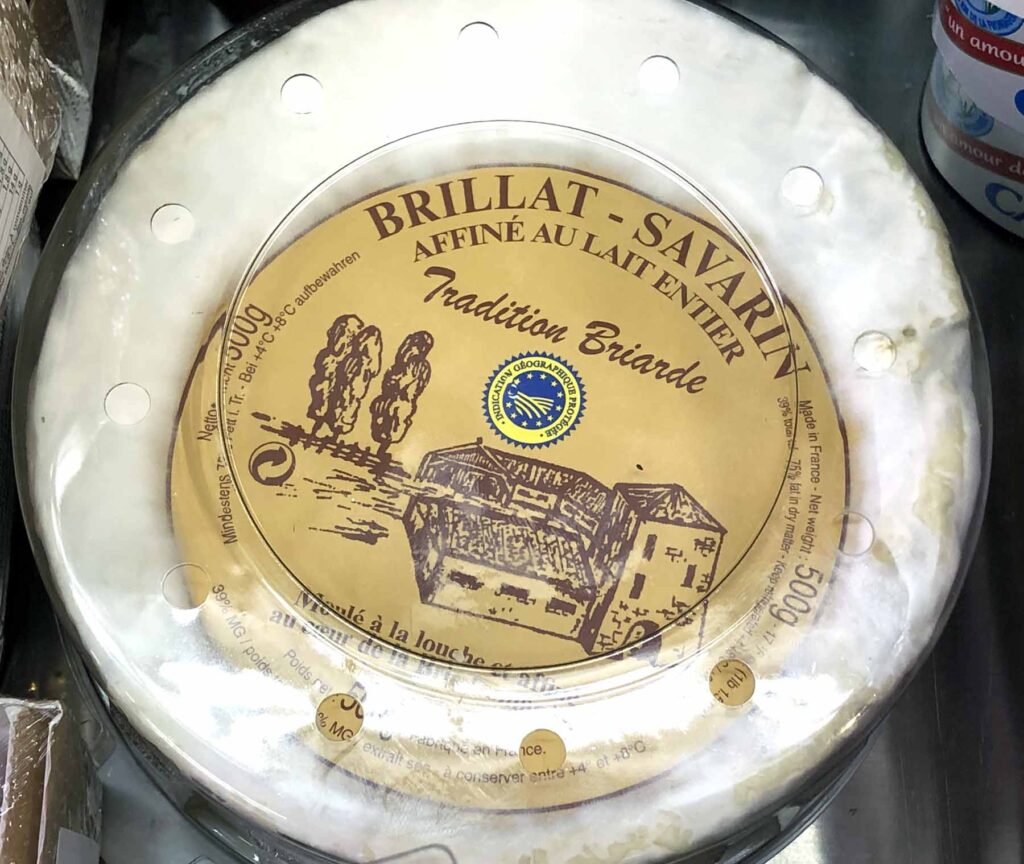 This web site generates income from affiliated links and ads at no cost to you to fund continued research · Information on this site is Copyright © 2023· Feel free to cite correctly, but copying whole pages for your website is content theft and will be DCMA'd.
Tagged With: Normandy Food, Protected Geographic Indication, Triple-Cream Cheese