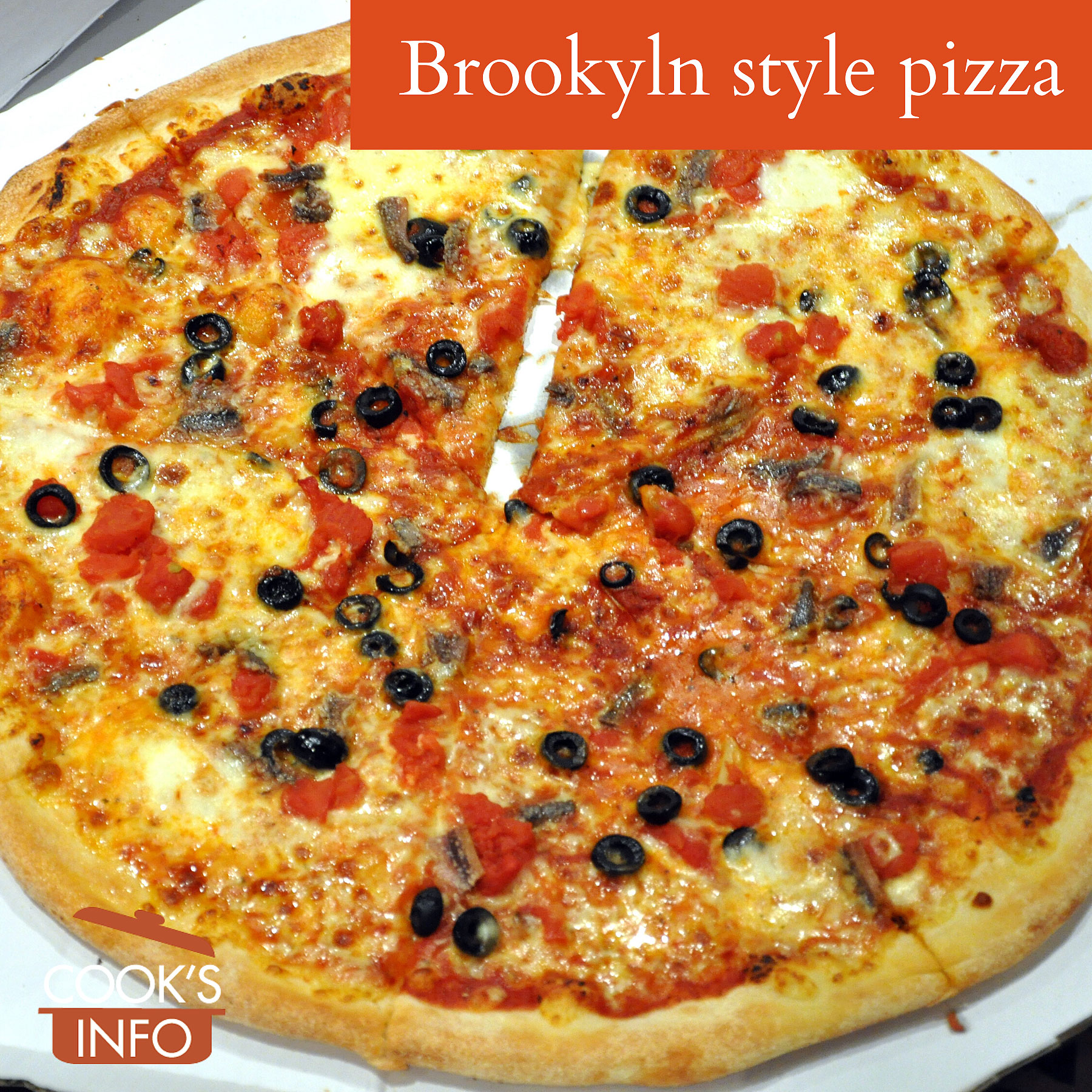 The term “Brooklyn style pizza” was coined by the Domino’s Pizza Company chain of America in 2006.

They introduced a pizza they termed “Brooklyn style” with a thinner crust than their other pizzas, and cornmeal cooked into the crust to make it crispier. The chain also touted “extra large Brooklyn-style sausage or pepperoni” as a topping on the pizza. The pizzas are cut into 6 slices.

In Brooklyn, New York, there actually is no set style of pizza, but there are some generalities that can sometimes be made. The pizza crust is usually airy and cracks when you bend it. The cheese used is usually a blend of skim and whole milk mozzarella. Some Brooklyn pizzerias such as Totonno’s even use slices of fresh mozzarella, sprinkled with Romano cheese. Grimaldi’s also uses fresh mozzarella. In general, the sauce used is less sweet than commercial tomato sauce and may even be tomato paste, straight up. Most pizzas in Brooklyn are sliced into 8 pieces.

Pizzas in Brooklyn generally don’t have cornmeal on the crust, and pizza-makers in Brooklyn are puzzled by Domino’s saying “extra large Brooklyn-style sausage or pepperoni”, as they don’t use extra large pieces of meat.

Totonno’s (opened 1924) in Coney Island claims to have been the first to have developed a genuine Brooklyn-style pizza. Other well-known pizzerias in Brooklyn making it in this style are Di Fara’s, Franny’s, and Grimaldi’s. 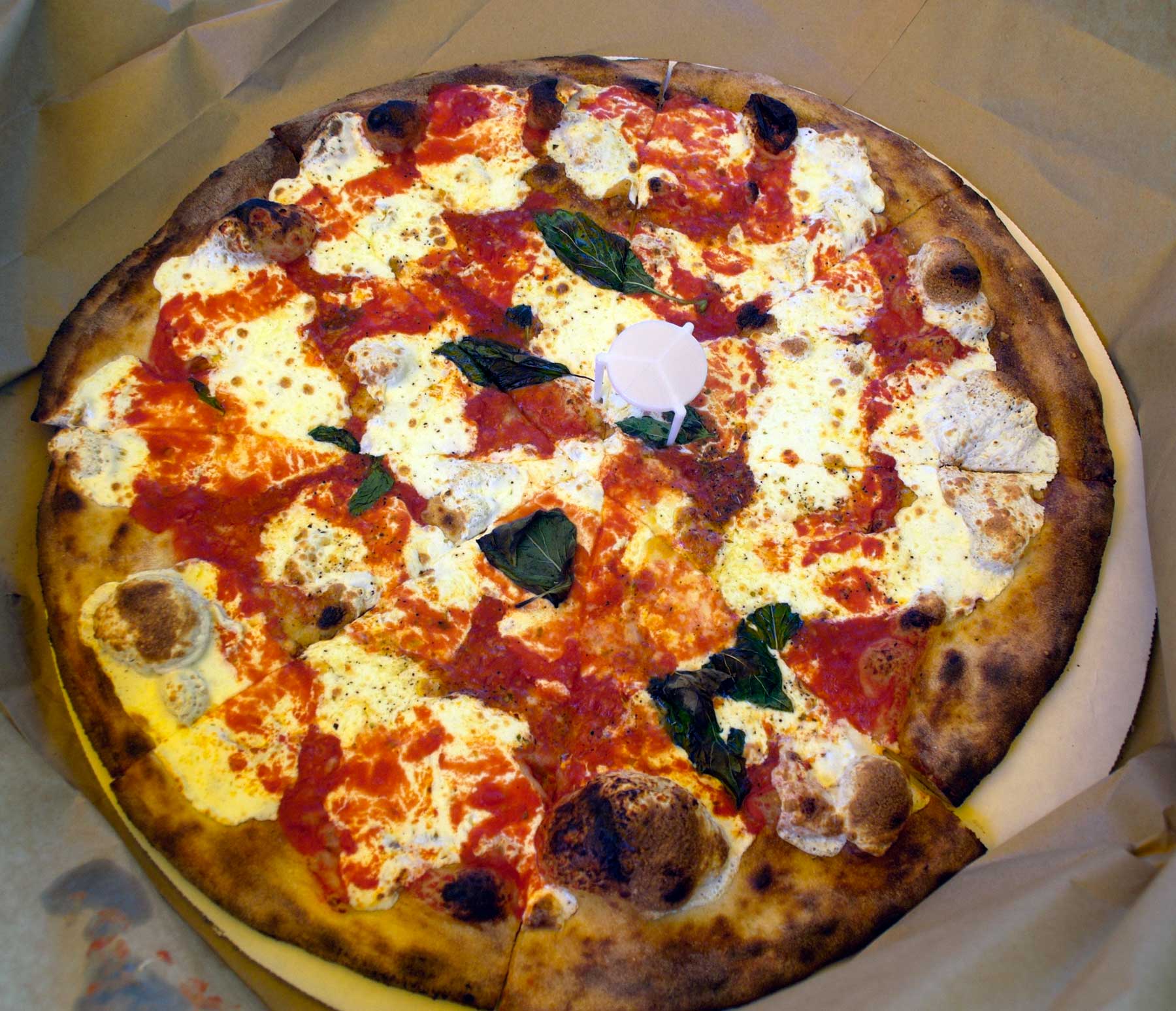 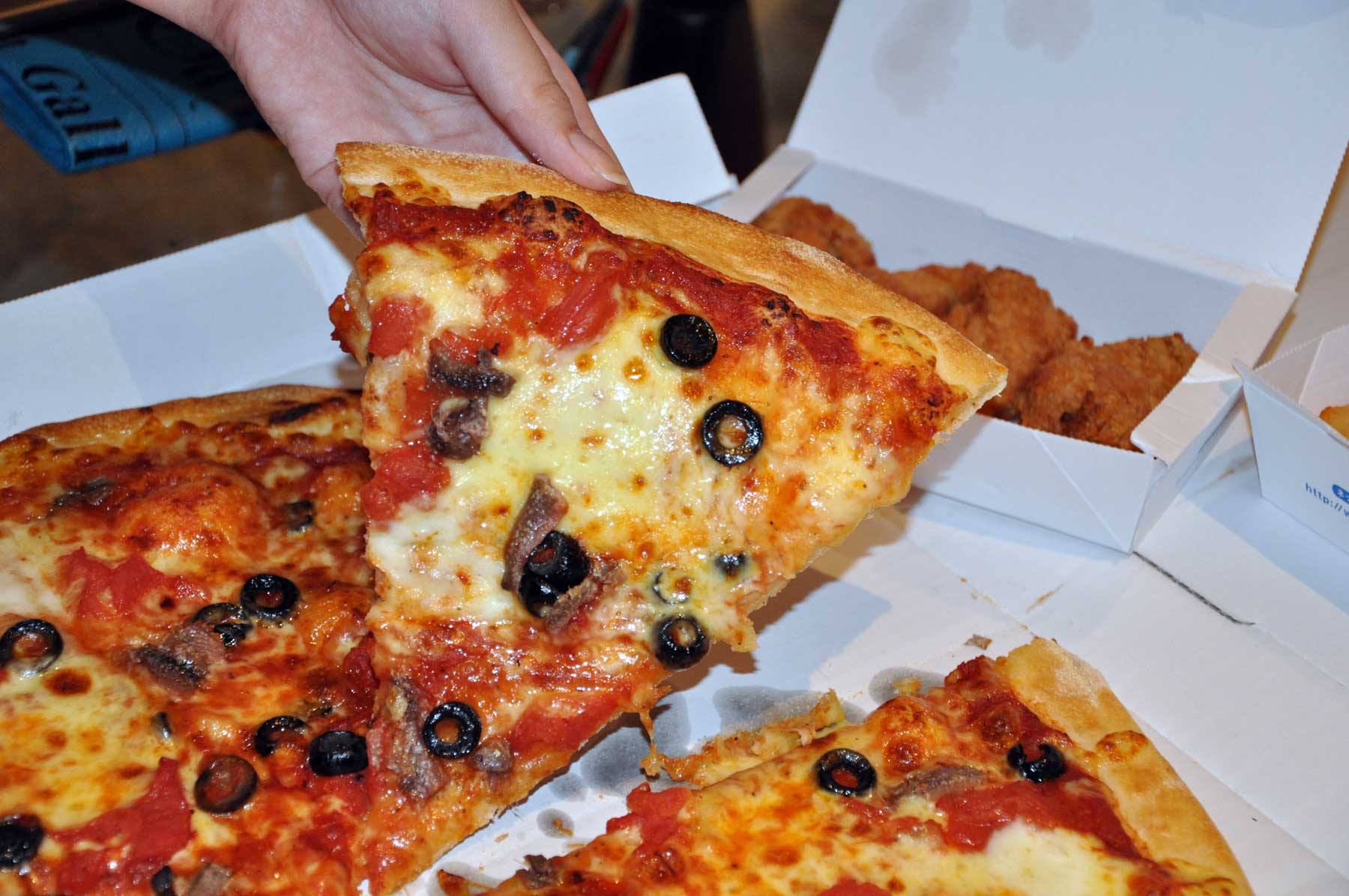