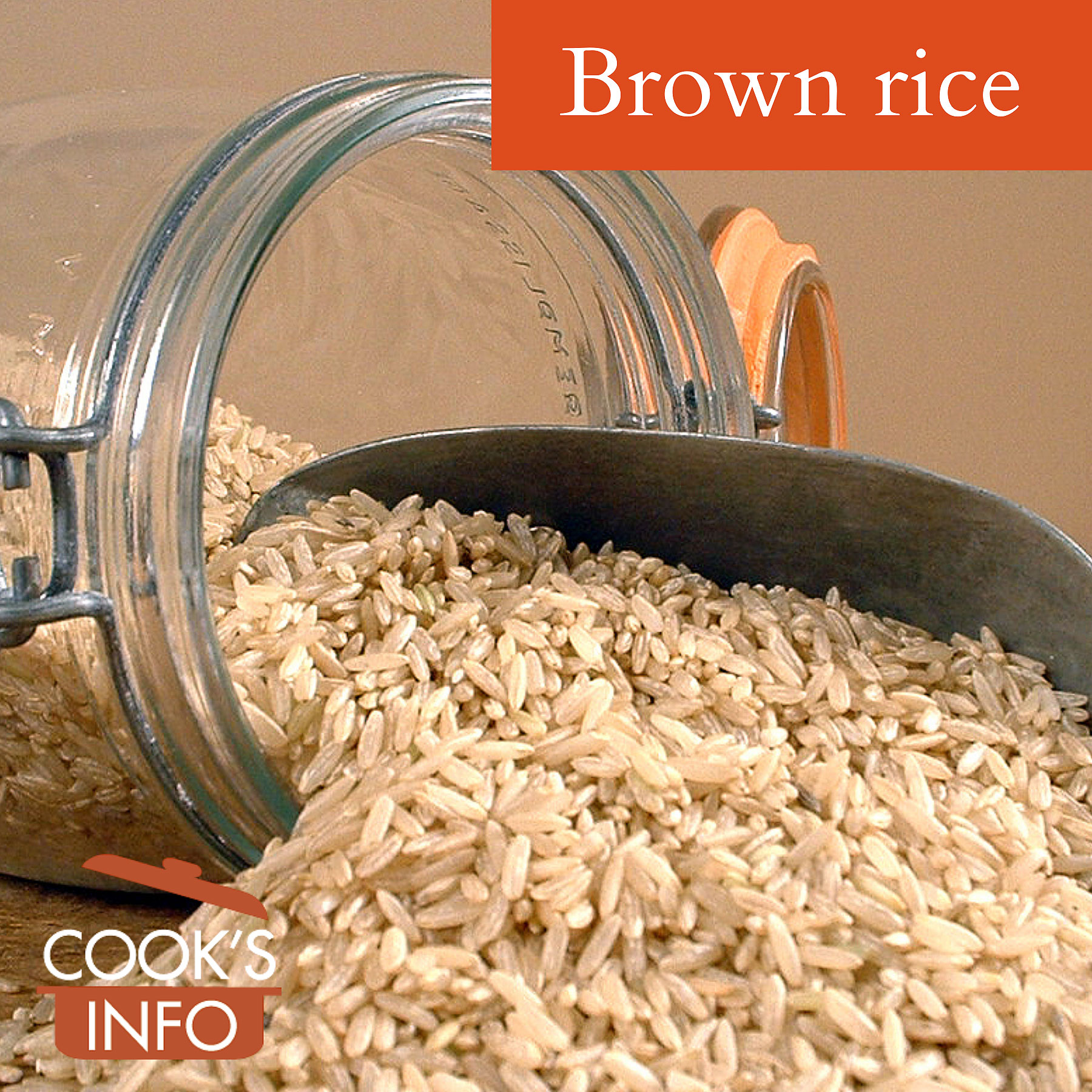 Brown rice has a lovely, slightly-nutty taste and a chewy texture that is really nice, though it won’t fluff up quite as much as white rice will, and won’t get quite as tender.

Brown rice is not a particular variety of rice. It can be any type of rice. It basically is just less processed rice. rice that has had the hull removed (which is inedible), but not been polished to make it white. That means that it still has its bran around it, and its germ, which is what makes it brown.

Brown rice can come in long, medium or short grains.

Brown rice will take about twice as long to cook as white rice — so, allow about 30 minutes on the stovetop as opposed to 15.

How much brown rice to cook

To end up with:

According to the Dietary Guidelines for Americans (2015 – 2020 edition, Appendix 3), a serving of brown rice is ½ cup (100 g) cooked. Some people dispute how realistic that is in the real world, and say at least a cup (200 g) is closer to reality.

Same as for rice in general.

Like whole wheat, brown rice can go rancid because of the protein in its bran. Use within six months, or refrigerate for up to a year. Store in a cool place if possible to prolong storage life.