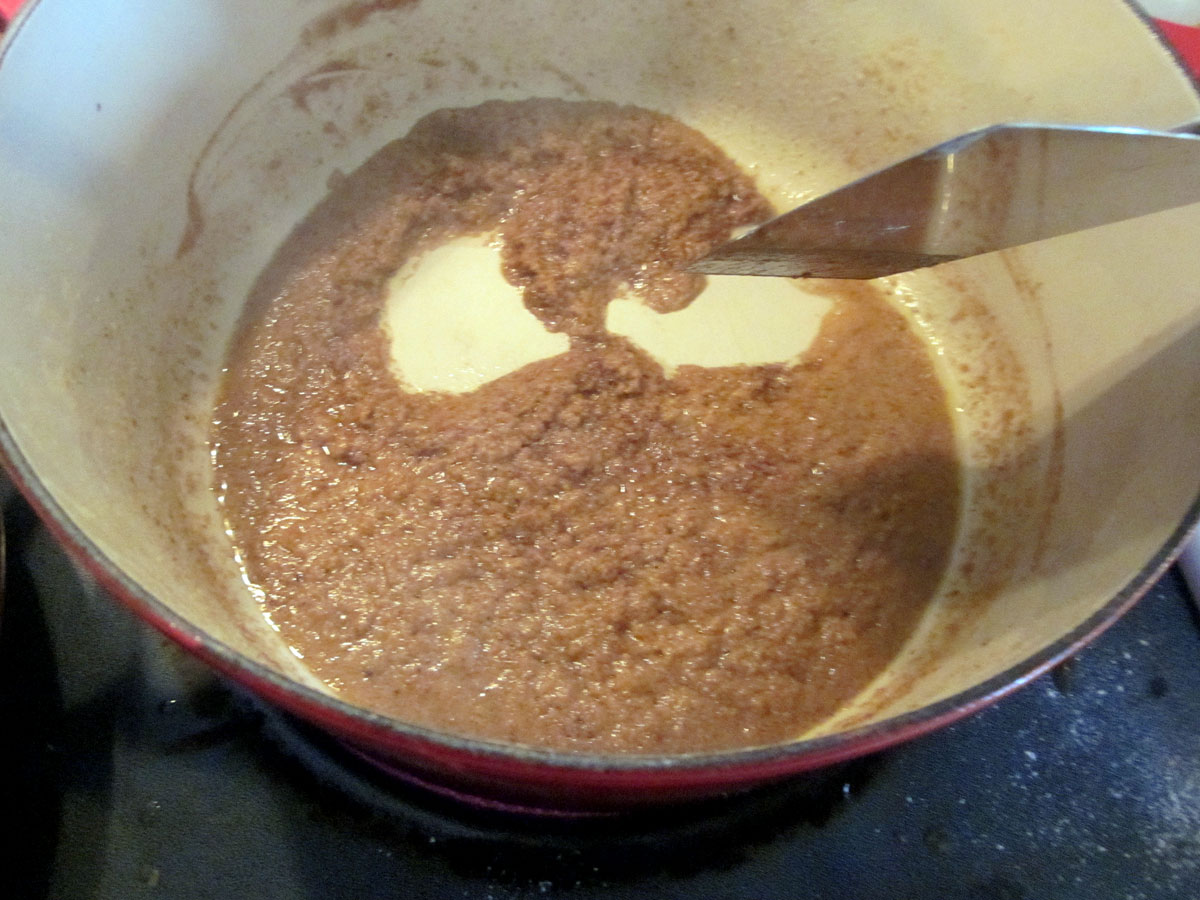 Brown roux is a roux that has passed both the “white roux” and “blond roux” stages, and that is allowed to cook until it is a dark brown.

It is used for some famous sauces in French cooking. In the 1970s, Larousse Gastronomique said:

“Brown roux is used to thicken rich brown sauces like Espagnole and Demi-glace. It is made by cooking flour in clarified butter in the oven, gently and for a long time, stirring frequently. The clarified fat from a marmite may also be used, but in each case the proportions are equal amounts by tablespoons of flour and butter or fat. This roux should be of a good light brown colour. It can be kept for quite a long time.” [1]New Larousse Gastronomique. Paris: Librarie Larousse. English edition 1977. Page 782.

An American edition of Larousse later called for a shorter cooking time:

It is also used in Creole and Cajun cooking, cooked to a very deep brown.

It is excellent for thickening gravies with.