×
You are here: Home / Thickeners 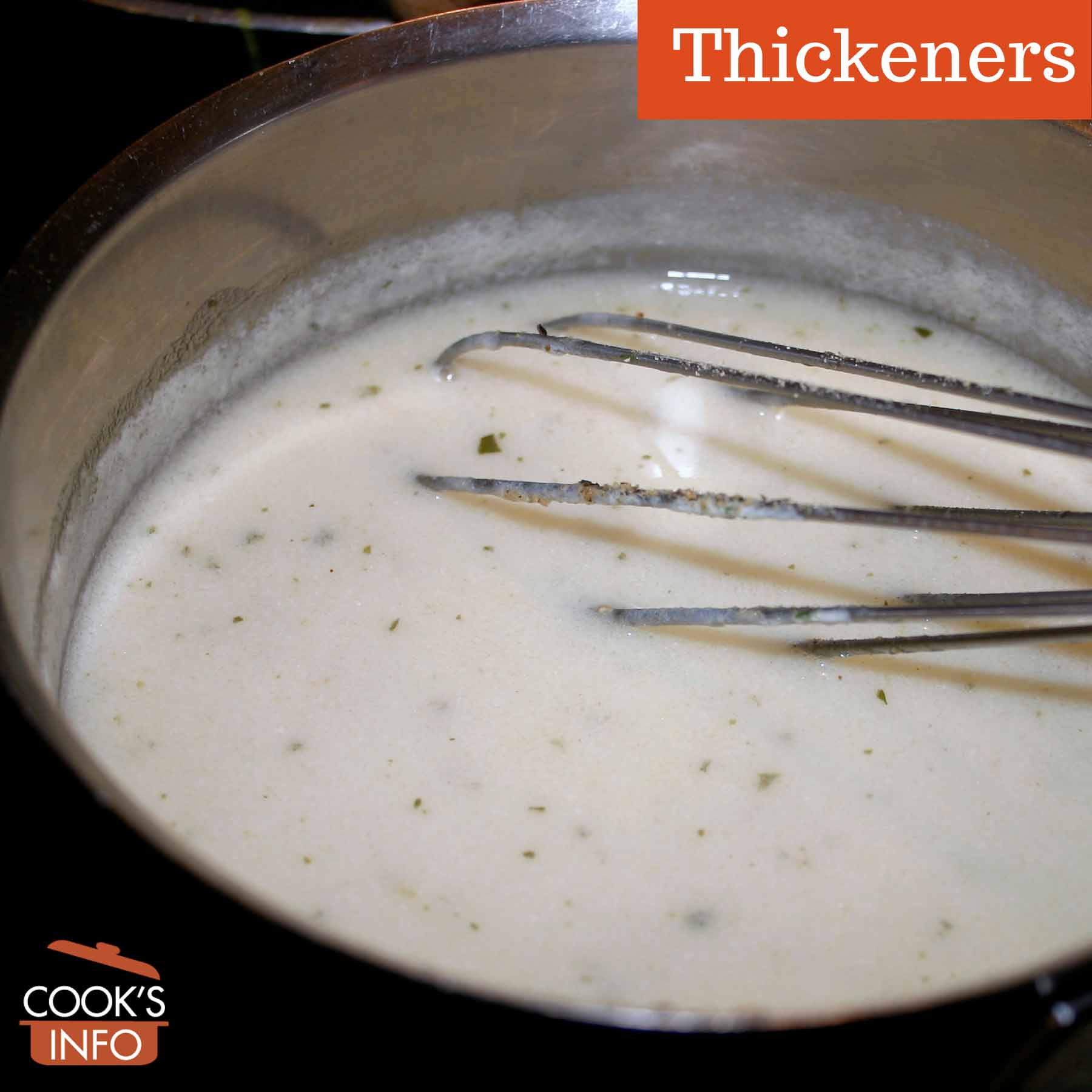 Thickeners are agents used to add body to dishes such as pie fillings, gravies, sauces, soups and puddings.

Typically they are in a powder form.

Starches are popular thickeners because they thicken without impacting the fat content or affecting the flavour (if properly used.) There are four main starch thickeners: wheat flour, cornstarch, tapioca and arrowroot. The last three are purer starches than flour, and so are more efficient thickeners, but this doesn’t mean they are always the better choice in every circumstance — they will give a sheen to food, which makes them great for things like fruit pie fillings, but perhaps not so much for gravies, soups or stews, where such a sheen might look out of place.

Properties of various thickeners in cooking

Why thickening seems to happen all at once

When you thicken a liquid with a starch, it can seem that the thickening is never is ever going to happen, and then it all happens at once the second you turn your back and you have lumps for days. Here’s what’s happening. Starch granules are held together and surrounded by molecular bonds. At around 60 C / 150 F, these molecular bonds break, and admit water into the granules. The granules swell up as the water surges into them, and “gelatinize” (become goopy.) When your liquid hits this magic temperature range, this all happens at once, but not before.

Skim any fat off a sauce or gravy before you thicken it. After you’ve added the thickener, the fat will be harder to remove because it will be blended in.

Never dump starches straight into what you want to thicken; make a paste first with some cold water in a cup, then whisk the paste into your liquid. You’ll need to cook for a short while afterwards to remove any starchy taste. (An exception is specially modified starches, such as Instant Flour.)

If something goes wrong and you get lumps in your sauces, don’t despair: haul the blender or the food processor out of the cupboard and blend it smooth (or pass it through a fine strainer).

For tips on thickening soups, see the entry on Soups.