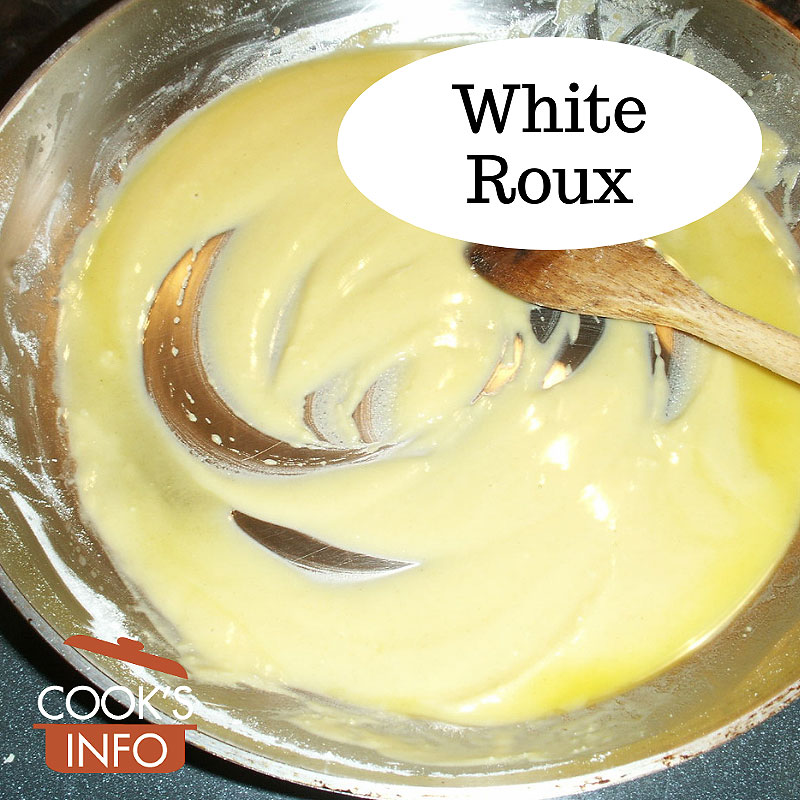 White roux is a roux that is cooked just until the flour loses its raw flavour, but that is not allowed to brown any at all.

You have to watch it closely towards the end as one minute it will be white, the next minute it will start to turn a golden colour as the flour and butter brown. If it starts to deepen in colour much beyond this, it has become a “blond roux.”

It is used in dishes where keeping a light-coloured appearance is desirable.

Here are directions for a white roux from the famous French chef, Marie-Antoine Carême (note, he is giving restaurant-size quantities):

“White roux for Sauce Velouté: Put in an average saucepan a pound of butter, place it on a moderate fire; as soon as it is melted add twelve ounces of best-quality flour. (Avoid it being new because then the roux will unbind when you are working a sauce.) After having blended well, you place the roux on hot ashes, cover it, and every quarter of an hour you stir it with a wooden spoon, to cook it evenly; you must allow it to simmer without interruption; an hour after you can use it, or put it in a small terrine slightly buttered.” [2]Carême, Marie Antonin. L’art de la cuisine française au dix-neuviême siêcle : traité élémentaire et pratique. Paris: Comptoir des Impimeurs-Unis. 1847. Vol 1. Page 55.