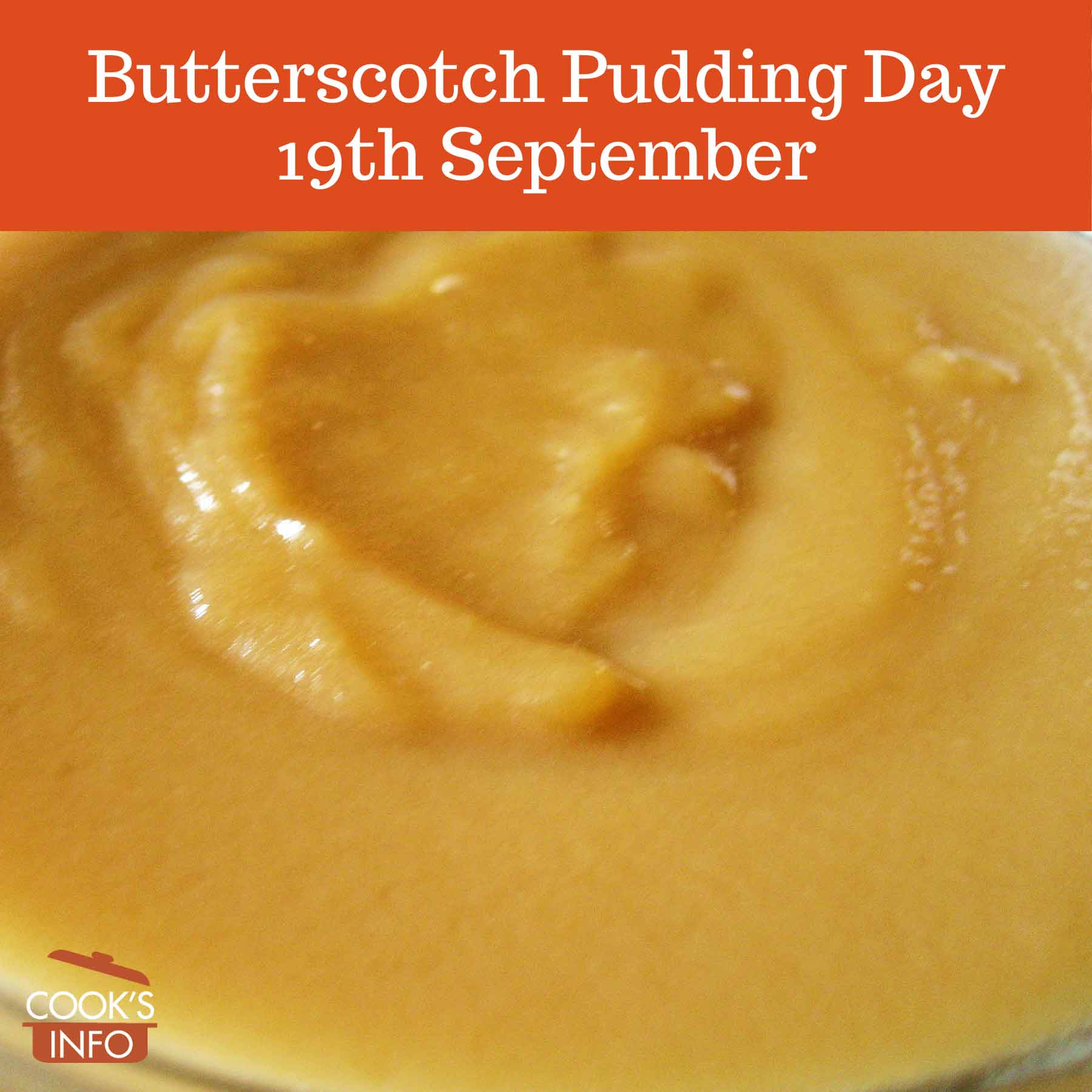 The 19th of September is Butterscotch Pudding Day.

It celebrates the light and creamy, custard-like dessert called “pudding” with a butterscotch flavour to it.

Butterscotch is such a warm, rich, comforting, morish flavour with many layers to it.

You can even buy vegan versions now.

The first print media mention that CooksInfo is aware of for Butterscotch Pudding Day being on the 19th of September dates from 2000, in Pennsylvania:

They attributed their source to “Bizarre September Holidays” and other Internet sites.

This web site generates income from affiliated links and ads at no cost to you to fund continued research · Information on this site is Copyright © 2022· Feel free to cite correctly, but copying whole pages for your website is content theft and will be DCMA'd.
Tagged With: Puddings