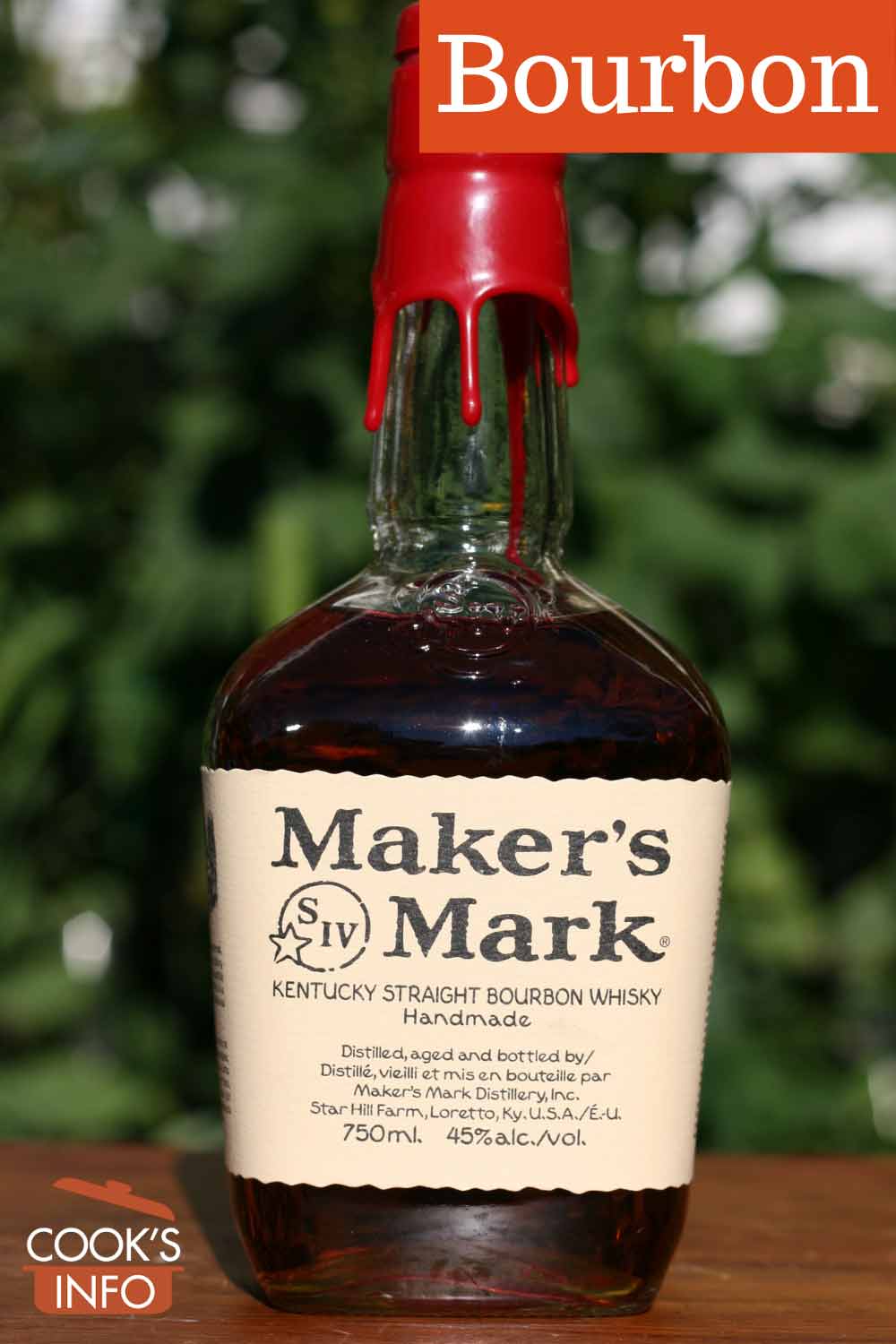 Bourbon is an American whiskey made from grain, water and yeast, and aged in charred wood barrels.

The name comes from Bourbon County, Kentucky, where bourbon was first made. Now, bourbon can be made anywhere in America, but to be labelled as a Kentucky Straight Bourbon, it must be made in Kentucky. Most Kentucky bourbon is now made in Clermont County, Kentucky.

If the bourbon is made for consumption within the United States, there are some standards that must be met for the product to be labelled bourbon:

Note that the standards don’t apply to bourbon that will be exported to countries which enforce the U.S. standards on bourbon such as Canada, through the NAFTA trade agreement, and the EU, through Commission Regulation (EC) No 936/2009 of 7 October 2009: “Following agreements between the European Union and the USA and Mexico, the use of descriptions for certain spirit drinks (including “Tennessee Whisky or Tennessee Whiskey”, “Bourbon Whisky or Bourbon Whiskey or Bourbon as a description of Bourbon Whiskey”, “Tequila” and “Mezcal”) must conform to the law in those countries.”

The “made in America” part was added owing to a 1964 congressional resolution made by Senator Thurston Morton and Representative John C. Watts:

The grain is fermented in water (iron-free water is considered the best to make bourbon with) for 3 to 4 days, then distilled (usually twice.) The whole process takes about 5 days.

Bourbon is then barrelled into new, white oak barrels that have been charred (barrels cannot be re-used.)

The bourbon can be called “Straight Bourbon” if it meets the above standards, plus:

Note that a straight bourbon doesn’t have to label itself as a “straight” bourbon.

Most bourbons sold today are “straight bourbons” aged at least four years, and are based on grain that is two-thirds corn or more.

At least one artisan-style bourbon, “Hudson Baby Bourbon Whiskey” by Tuthilltown Spirits of New York, is aged only 3 months. Normally, though, the minimum is two years, and the most common is 4 years. After 6 years of aging, about one-third of the whiskey will be lost to absorption into the wood and to evaporation through the wood; brewers call this “the angel’s third.” Not many bourbons are aged for much more than 12 years, because after that the oak taste can become overpowering.

Blended bourbon is 51% straight bourbon mixed with less-expensive, neutral tasting grain spirit. Other colouring and flavouring may be added. The age on the label must refer to the age of the youngest bourbon used in the mix (how young the neutral spirits are doesn’t count, as there is no point in aging them.)

Single-barrel bourbon is bourbon taken and bottled from one single barrel. It is aged for between 6 and 12 years.

A batch of 20 or fewer selected barrels are mixed to form a “mingle”, which is then bottled. (Normally, the “mingle” will be made from 200 or more barrels.) Aged for between 6 and 12 years.

To make sour mash bourbon, bourbon that was reserved from a previous batch (this is called the “backset”) is added to the grains and water before fermentation. The idea is similar to sourdough, with a portion of the previous batch being used as starter for the next batch. Today, all straight bourbons are made using the sour mash method. (Also spelled ‘sourmash’.)

Jack Daniel’s is a bourbon, but like many “Tennessee Whiskeys”, prefers to market itself as such instead.

The process of charring the barrels in the U.S. started in the 1700s [1]Charring was practised long before this in Europe, and was essentially the origin of bourbon. One origin story, which is considered apocryphal, is that a distiller named “Elijah Craig” was barrelling some clear corn whiskey that he’d made in Bourbon County, Kentucky. The barrels were charred — either Craig charred them on purpose as an experiment, or the barrels were in an accidental fire, and Craig decided to use them anyway. The whiskey was transported by river all the way down to New Orleans. By the time it reached there, it had absorbed some of the caramelized sugars from the burnt wood, and taken on an amber colour. People really liked it.

American prohibition (17 January 1920 – 5 December 1933) forced the closure of all distilleries across the country. Kentucky actually started prohibition on its own ahead of the game, in November 2019. No bourbon distillery reopened in Bourbon County until 2014:

“According to a press release from Gurkha Cigars, Hartfield & Company is the first distillery to open in Bourbon County, KY, since 1919. It was founded in 2014 by Andrew and Larissa Buchanan, and is the first distillery to reestablish itself in the birthplace of Bourbon.” [2]Buchanan, Andrew. “Gurkha Partners with Hartfield & Co. for Bourbon Collection”. Press release. Hartfield & Co.. 25 July 2016. Accessed May 2021 at https://www.hartfieldandcompany.com/press/2016/7/25/gurkha-partners-with-hartfield-co-for-bourbon-collection

The yeast used by The Maker’s Mark bourbon company dates back to 1842. To keep that particular yeast alive during Prohibition, they stored it at a bakery.

This web site generates income from affiliated links and ads at no cost to you to fund continued research · Information on this site is Copyright © 2022· Feel free to cite correctly, but copying whole pages for your website is content theft and will be DCMA'd.
Tagged With: American Food, Whiskey