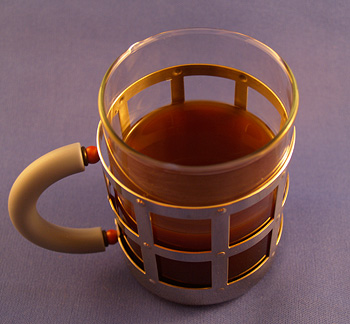 Caffè Crema is a very “long” espresso, with more water in it than Caffè Lungo.

That is to say, about 180 ml to 240 ml of water is allowed to pass through the filter basket, instead of the normal 25ml for an espresso. So that’s almost up to about ten times more water.

The coffee grind used is slightly coarser than that used for espresso; about the coarseness of what you would use for filter coffee.

This style of coffee is popular in southern Switzerland and northern Italy.

Contrary to what the word “crema” might conjure up, there is no foam on top, or cream in the coffee.

Caffè Crema was also a marketing term used by Gaggia starting in 1948 to describe regular espresso, referring to the cream on top of an espresso, but that usage has been mostly dropped

This web site generates income from affiliated links and ads at no cost to you to fund continued research · Information on this site is Copyright © 2022· Feel free to cite correctly, but copying whole pages for your website is content theft and will be DCMA'd.
Tagged With: Espresso