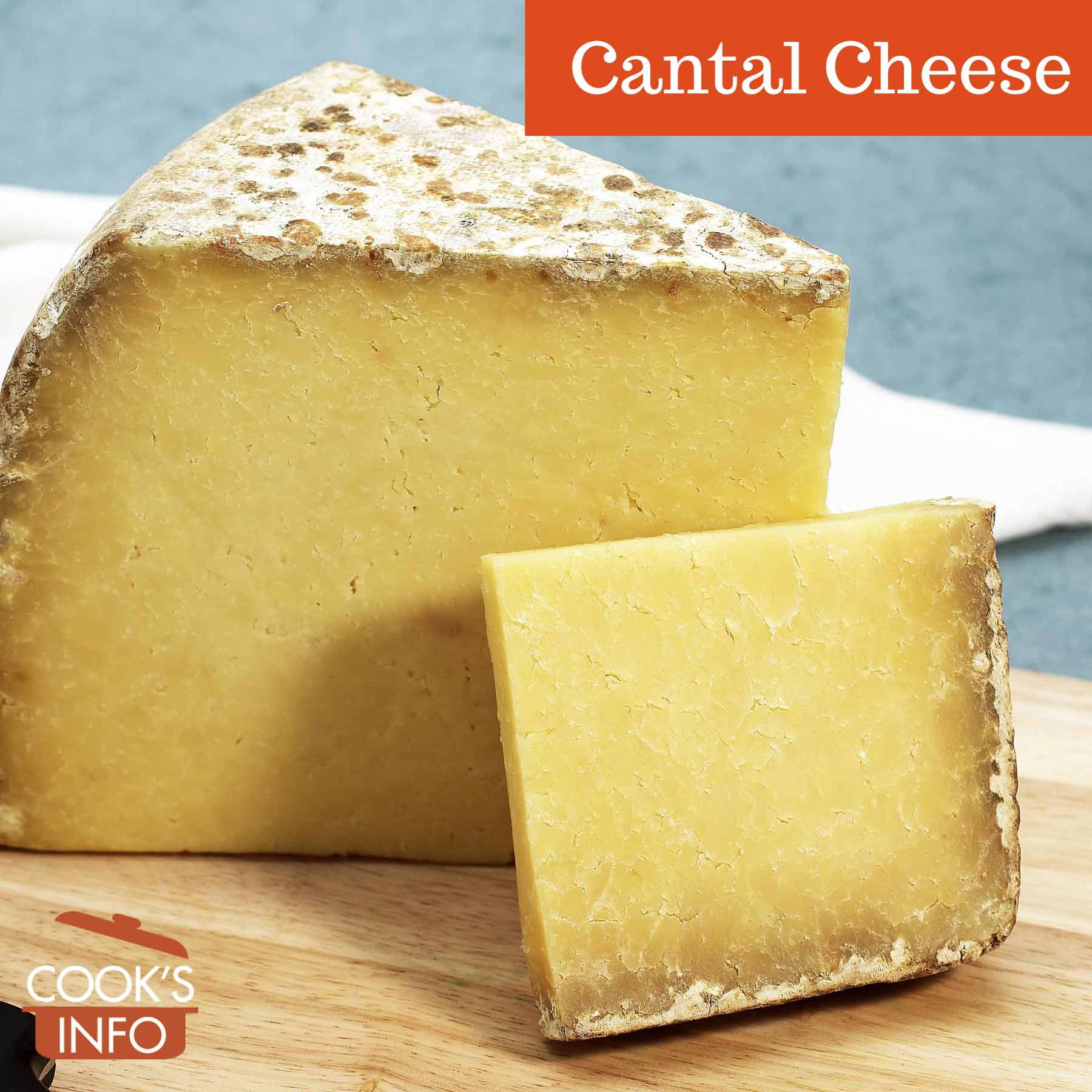 Cantal Cheese is a cheese made in the Cantal region in the south of Auvergne, France.

It is a semi-firm cheese, but hard by French norms.

The milk is heated to 32 C (90 F), and has rennet added. The curd is cut, put in a bag, pressed to make a slab, then the slab is cut, pressed again, allowed to rest, then crumbled, salted, put in moulds lined with cloth, and pressed a final time, and sent for aging.

By AOC regulations, Cantal Cheese undergoes a minimum 30 days aging, but it can be aged up to six months. As it ages, the greyish-brown-coloured rind will develop orangey-red mould, and inside the colour changes from ivory to buttery-yellow.

Young Cantal is called “jeune”; six months or more is called “vieux”, and in between is called “entre deux.” When young, it is moist, rubbery, mild and sweet, somewhat like Lancashire cheese. When old, it will be drier and sharper. Old Cantal can be grated.

Trim and discard the rind of Cantal cheese.

A salmonella outbreak in the summer of 2001 in France was linked to young Cantal cheese that had been made from raw milk.

Cantal was being made in the 1600s. Some people like to date it, with a flourish, back to the Romans.

Cantal Cheese is named after the Cantal range of mountains.

It is sometimes referred to as “French cheddar”, but it is nothing like cheddar, though some people find the taste somewhat reminiscent.

This web site generates income from affiliated links and ads at no cost to you to fund continued research · Information on this site is Copyright © 2022· Feel free to cite correctly, but copying whole pages for your website is content theft and will be DCMA'd.
Tagged With: Appellation of Controlled Origin, Auvergne Cheeses, Auvergne Food, French Cheeses