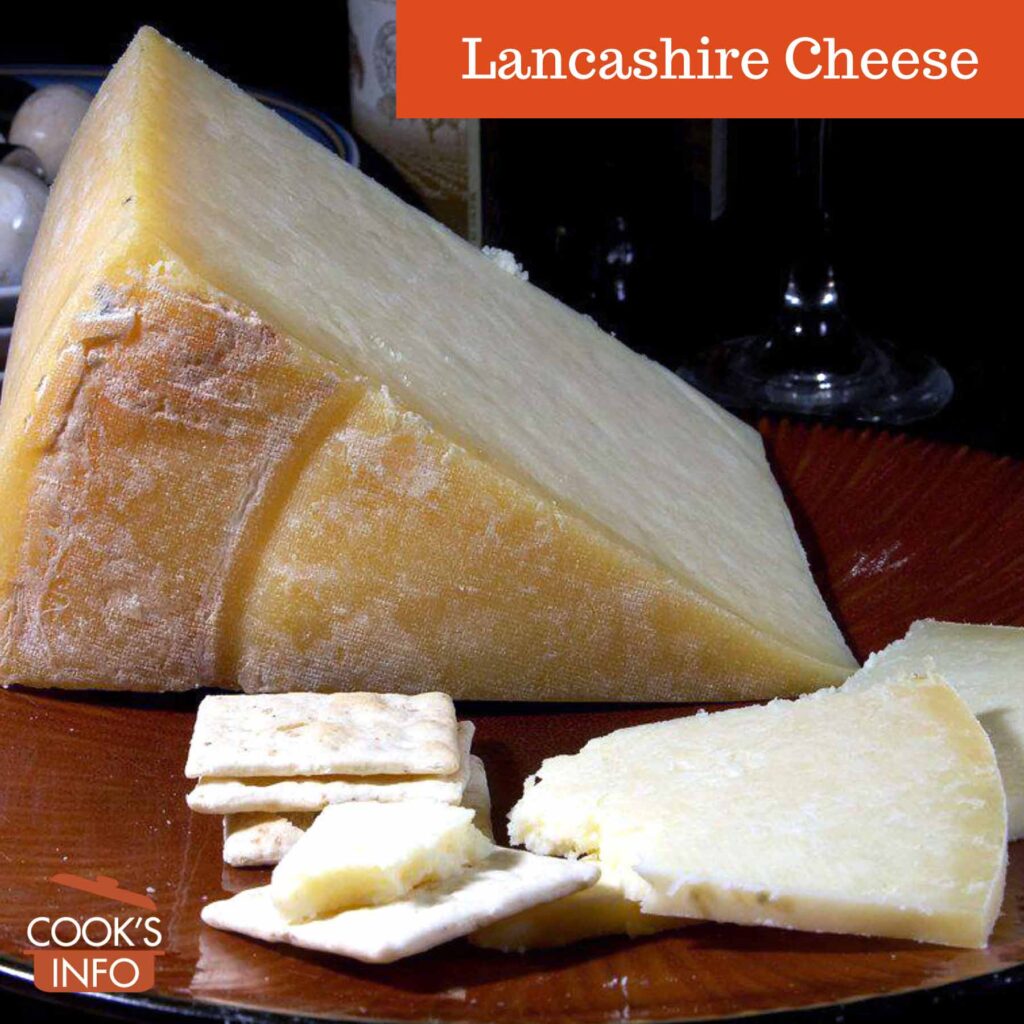 Lancashire Cheese is a white, firm but crumbly cheese with a tang to it. It may be sold young, or aged.

To make Lancashire Cheese, starter and rennet are added to milk. When the milk has curdled, the curds are cut, then the whey is drained off, and the curd is pressed until dry. The curd is let sit overnight, then chopped up, and fresh curd from that new, second day is added, mixed in and it is all salted. Some producers only mix first day curd and second day curd on the third day. The cheese is then pressed for two days, bandaged, waxed or buttered, and let mature.

Young Lancashire Cheese is somewhat crumbly and has a mild tang to its taste.

It is aged for a few months.

It is known also as “Creamy Lancashire”, because it is moist and creamy. 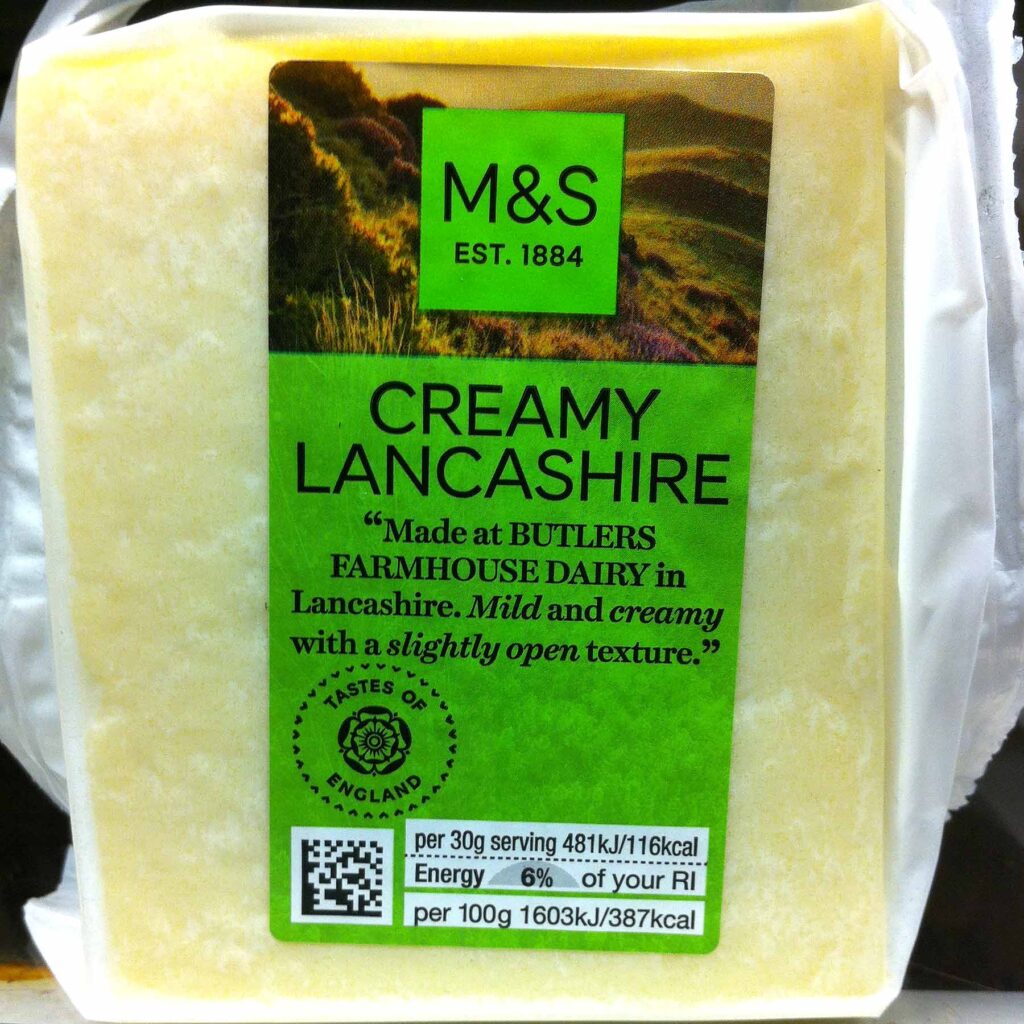 Aged Lancashire is usually aged at least six months. This makes it firmer, and gives it a stronger flavour.

For this reason, it is also known as “Tasty Lancashire.

Farmhouse Lancashire is made from raw milk from cows. The milk may come from the maker’s own herd, or from milk purchased from neighbouring farms.

As with regular Lancashire, curd is added to curd made the previous day. It is then drained, salted, pressed, and bound in cloth that is buttered to seal it for better aging. It is aged 6 to 12 months.

The cheese is cream-coloured with a soft flavour and crumbly texture.

The cheese was first made in 1913. By 1939, there were 202 makers of it. It almost died out during World War II, though, when — owing to rationing —  production of anything but so-called “Government Cheddar” was strongly discouraged.

See “Farmhouse Cheese” for a fuller explanation of the term.

Lancashire is a good melting cheese. It’s great for the dish known as “cauliflower cheese”, and it’s also many people’s preferred classic cheese for “cheese on toast”: in Lancashire, it’s often referred to as “toaster” cheese.

When heated, the cheese stays soft and won’t go rubbery.

Today most Lancashire Cheese is mass produced to meet the demand.

This web site generates income from affiliated links and ads at no cost to you to fund continued research · Information on this site is Copyright © 2022· Feel free to cite correctly, but copying whole pages for your website is content theft and will be DCMA'd.
Tagged With: British Cheeses, Lancashire Food