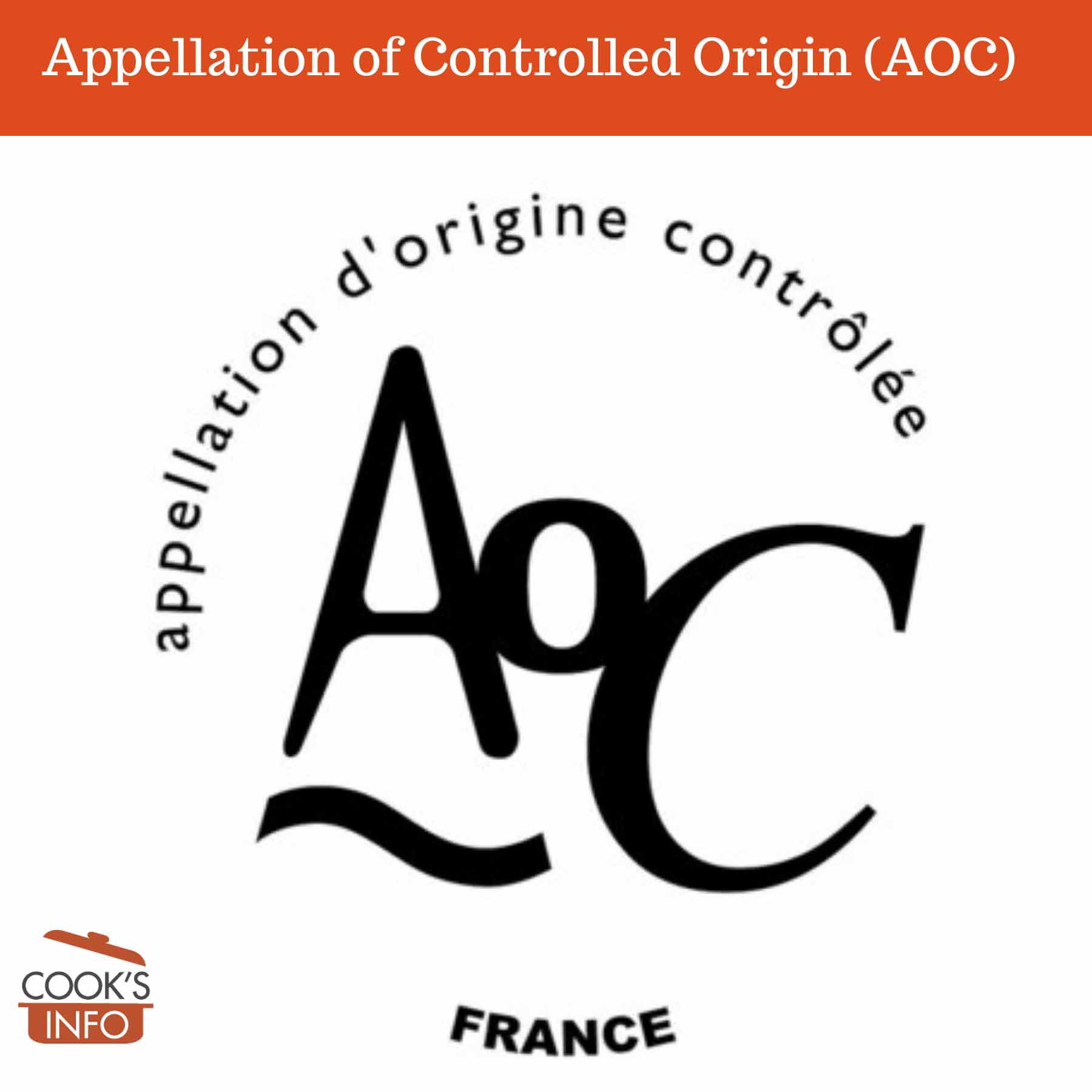 Appellation of Controlled Origin (Appellation d’Origine Contrôlée / ACO) is a French certification system started in 1935. It sets standards for certain products that producers have to meet in order to make products called by certain names, and carrying the letters AOC.

For example, the names of products such as Roquefort Cheese are AOC controlled terms. It’s illegal to sell anything called Roquefort unless you are meeting all the rules for that product.

The AOC is explained as a guarantee of quality to consumers. It does undeniably as well have the added benefit of guaranteeing restricted competition and high prices for producers.

The AOC system tries to define a product based on a geographic area of which the product must be typical and to which it must be culturally linked. It sets rules as to how the product is grown, raised or made. The system has been administered since 1990 in France by the INAO (Institut National des Appellations d’Origine.) Separate commissions for each product name monitor the production, and help decide who will be allowed to make it.

AOCs have mostly been applied to cheese and wine, though they are also applied to other agricultural products such as lentils, chickens, oysters, dairy products, and olives.

There are four categories of French AOC cheese.

Some English translations for “Appellation d’Origine Contrôlée” suggest  “Controlled designation of origin”. The problem is, “control” in English does not have the same sense that it does in Romance languages. Other English translations borrow the word “appellation”, but that feels like an awkward term not yet at home in English.

We would suggest a more courant translation to English might be “Guaranteed designation of origin.”

Appellation in other countries

The European PDO system, which applies to products anywhere in the EU, was based on the French AOC system. A European PDO is equivalent to a French AOC. Nevertheless, the French system continues to run in parallel, and for a French product to apply for a PDO, it must apply for an AOC at the same time.

Other countries offer their own equivalents of the French AOC system, which like the AOC system also continue to run in parallel with the European PDO certification:

This web site generates income from affiliated links and ads at no cost to you to fund continued research · Information on this site is Copyright © 2023· Feel free to cite correctly, but copying whole pages for your website is content theft and will be DCMA'd.
Tagged With: Appellation of Controlled Origin, French Food