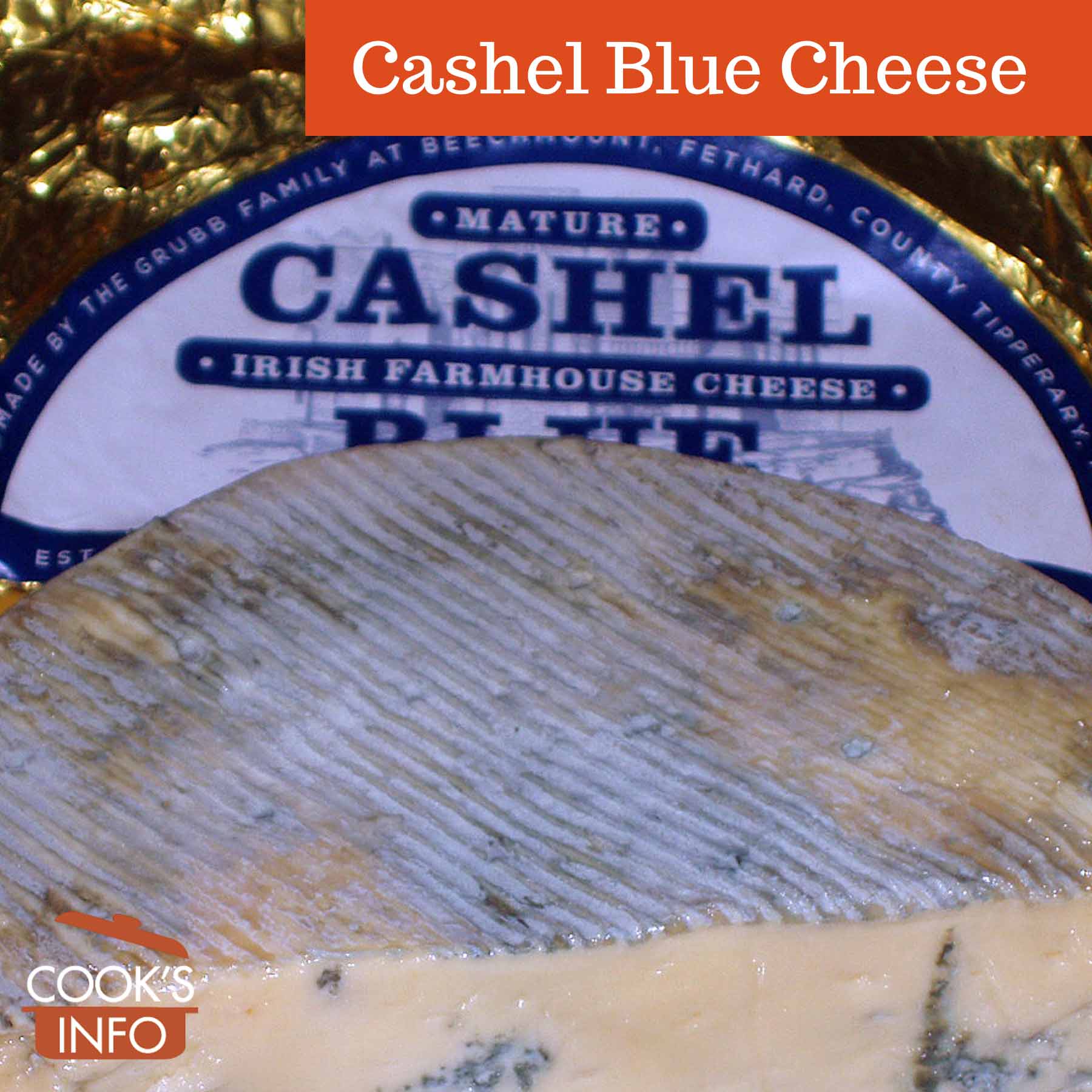 Cashel Blue Cheese is an Irish farmhouse cheese made near Cashel in County Tipperary, Ireland. It’s made on the farm of Jane and Louis Grubb, with milk from their herd of Holstein-Friesian cows.

The cheese is moister and less salty than Roquefort. It is thick and creamy, the colour of butter.

The milk is pasteurized and cooled down to 32 C (90 F), at which point “Penicillin roqueforti” bacteria is added. It is then curdled with a vegetarian rennet and let sit for an hour. The curd is then cut, let sit for another hour, then drained, and put into moulds where it drains for another 2 to 3 days.

When dry, the cheeses are salted and pierced with long stainless steel needles that make holes. The holes let air in so that mould can develop from the bacteria all the way through the cheese. It is then aged for between 10 – 16 weeks.

Before packaging, the cheese is washed to remove blue mould that will have developed on the outside of the wheels. The wheels are sold either whole or cut into quarters. Either form is wrapped in gold foil for shipping and sale.

The makers of the cheese recommend particularly the ones that are made between July and October. [1]RTÉ One: The Afternoon Show. Interview with Kevin Sheridan: Christmas Cheese Boards. 12 December 2007. Retrieved February 2009 from http://www.rte.ie/tv/theafternoonshow/2007/1212/cheese509.html

Though originally intended only for the Irish market, much is now exported to the UK and America. 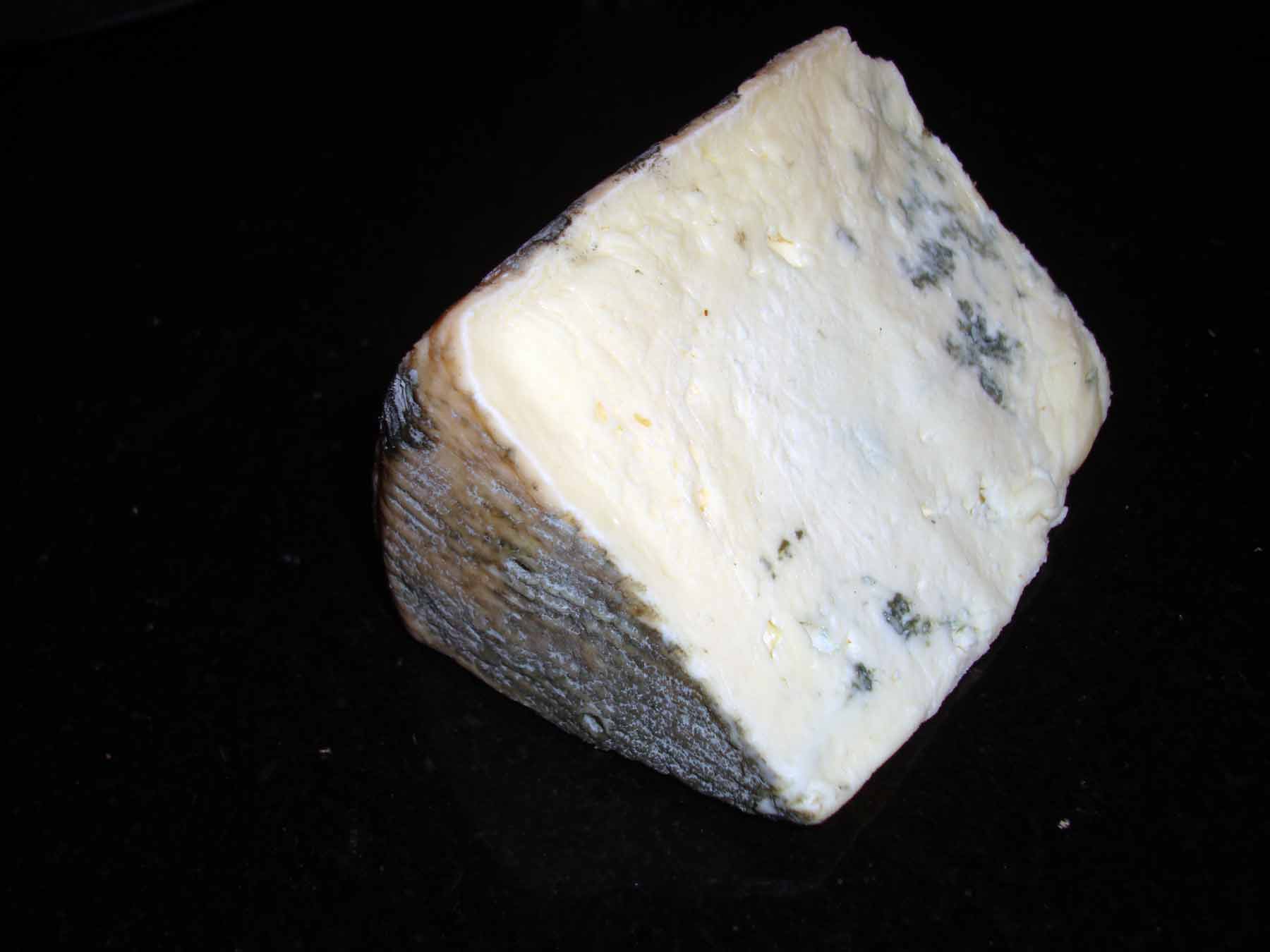 Jane and Louis Grubb started their company J&L Grubb in 1984 and began making Cashel Blue Cheese in that year.

“Louis Grubb, who makes Cashel Blue, thinks his cheese is ‘not worth tasting until it’s six to seven weeks old. In my view the optimum is three to four months. Neal’s Yard sell it at eight months. The older it is, the fewer people will eat it, but those who do go into raptures.'” — Bedell, Geraldine. An Irish Round. Manchester: The Observer. 9 March 2003.

This web site generates income from affiliated links and ads at no cost to you to fund continued research · Information on this site is Copyright © 2022· Feel free to cite correctly, but copying whole pages for your website is content theft and will be DCMA'd.
Tagged With: Farmhouse Cheese, Irish Cheeses, Irish Food