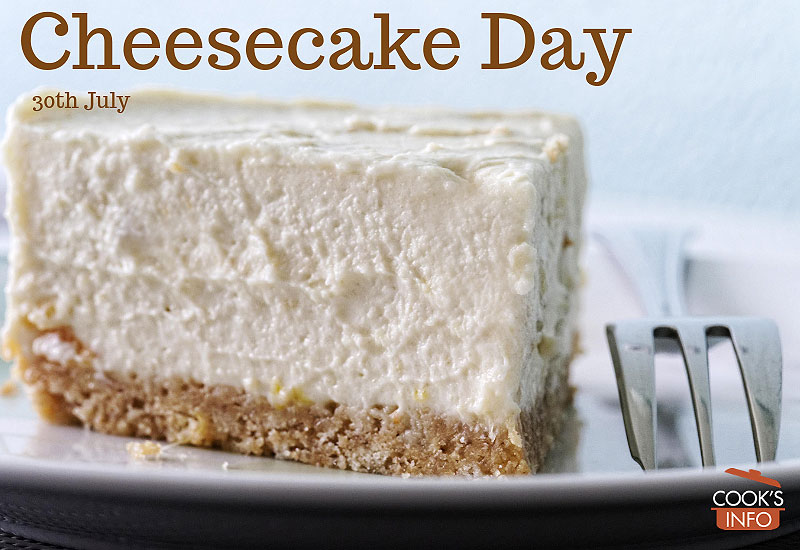 The 30th of July is Cheesecake Day.

Most people have no idea how cheesecake originated — whether it’s a product of 1950’s kitchen kitsch, perhaps, or whether it’s older… much older. Truth to be told, though, most people don’t let such mysteries slow their fork down when there’s a piece of cheesecake in front of them. Almost everyone loves it, and with cheese in it, it’s easier to tell yourself that it’s good for you as well. Even those who resist it see their defences often crumbling when it’s chocolate cheesecake to boot.

And unlike other holidays, with their connotations of gathering near ones and dear ones close to you, Cheesecake Day enthusiasts will say most categorically this is one holiday that’s not about sharing.

There’s no universal agreement, though, on when exactly Cheesecake Day is: 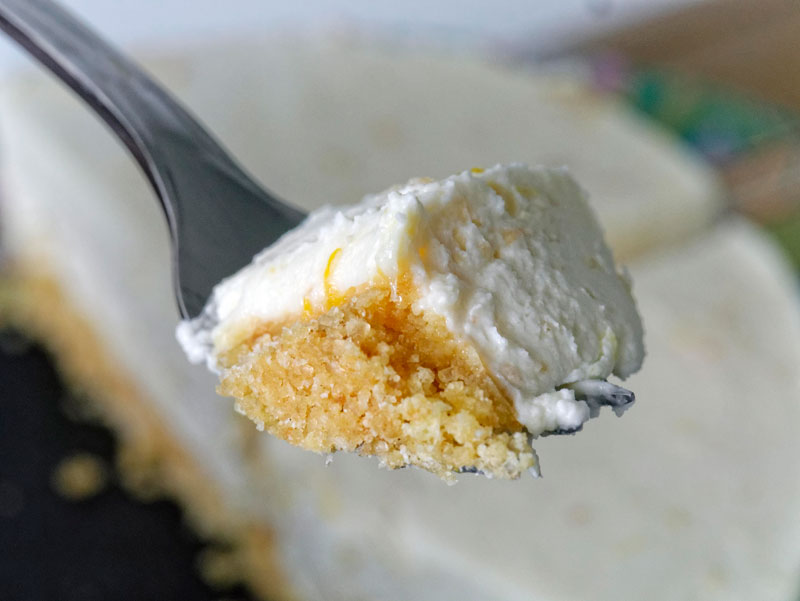 A forkful of cheesecake with crumb crust. © Max Straeten / morguefile.com

If you can’t get to Chicago for a free slice, but have the day off, you can always make one. Or if it’s a regular work day for you, make sure your path crosses a place that sells cheesecake, so that for lunch or break you can recognize the holiday with the appropriate rituals.

The first print mention that CooksInfo is aware of for Cheesecake Day on the 30th of July occurred in 2000 in Edmonton, Alberta:

A subsequent mention shows up in June 2004 in the Seguin Gazette Enterprise of Seguin, Texas. 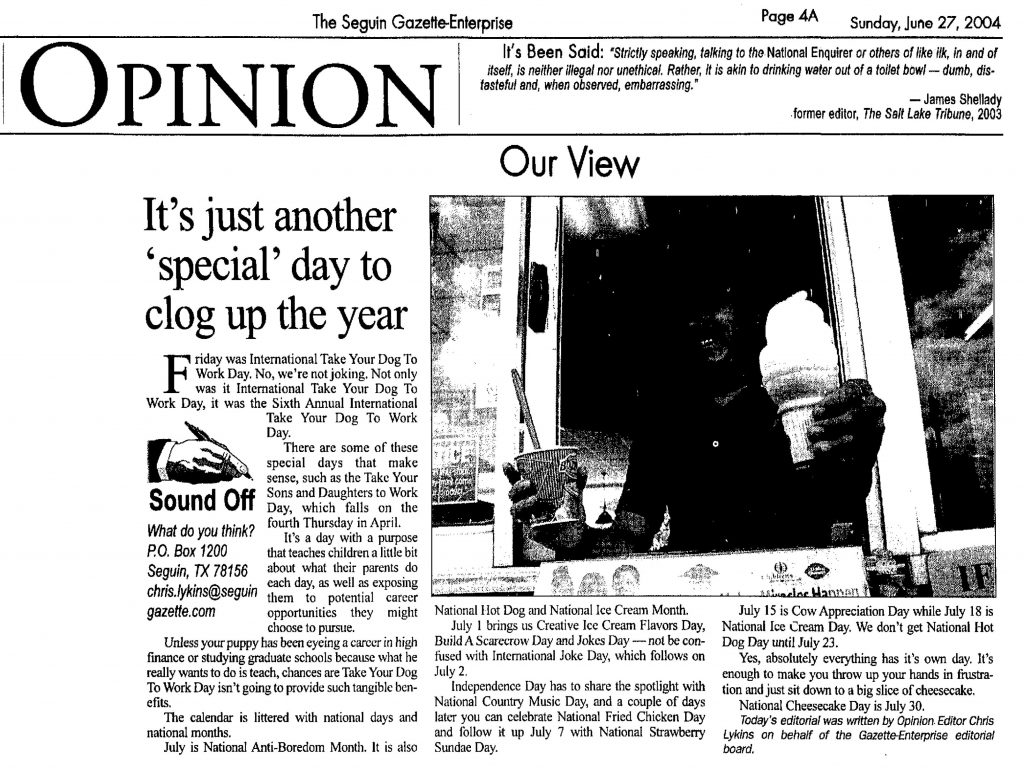