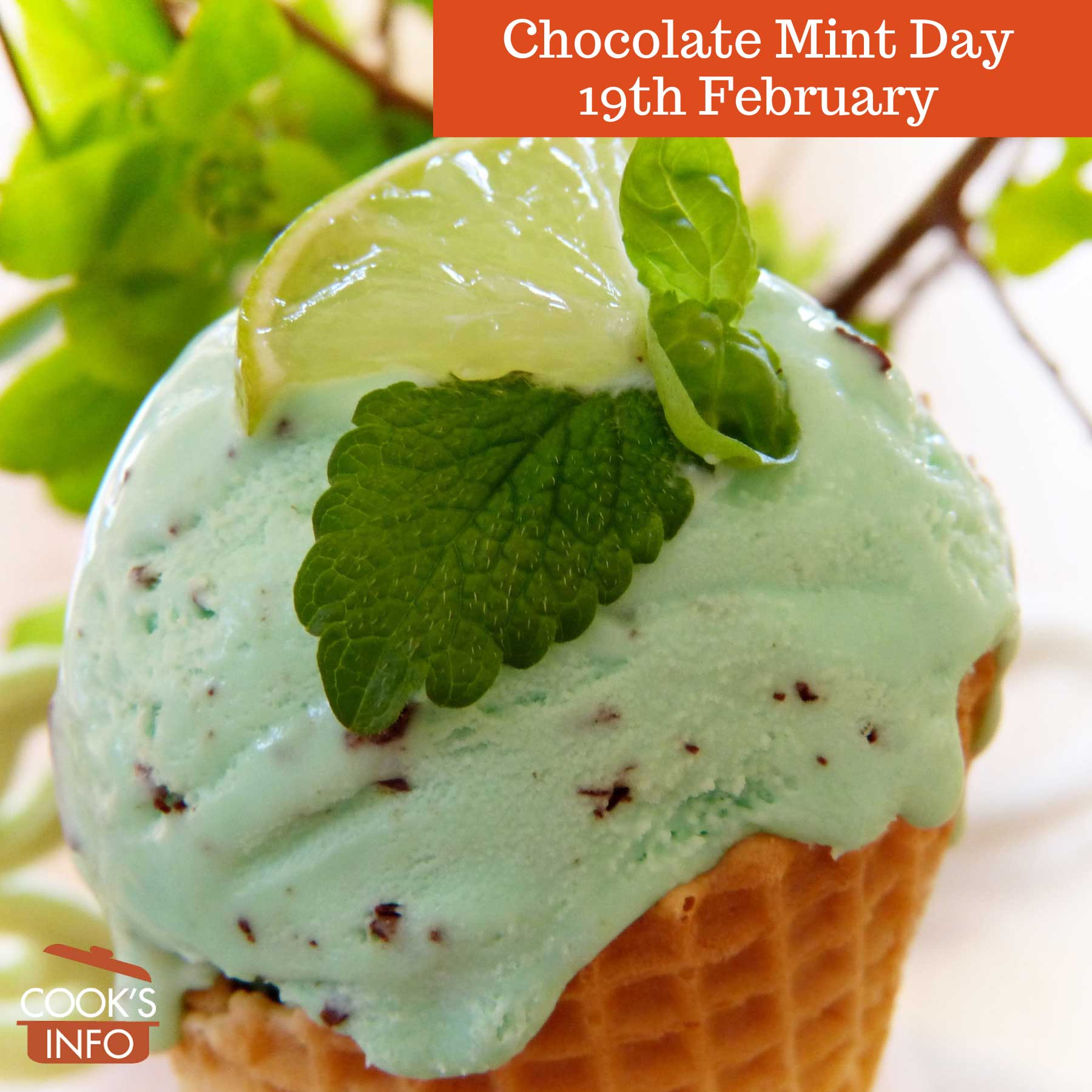 The 19th of February is Chocolate Mint Day.

It celebrates the combination of two flavours, chocolate, and mint.

The combination is also known as mint chocolate.

Some people say the term “mint chocolate” can only apply to chocolate that has been flavoured with mint flavouring, though they do allow that the chocolate can be milk chocolate, dark chocolate, or white chocolate. Others say not to let such spoil sports ruin the day for you, because, they believe, the term can equally apply to the two flavours in separate elements used together, such as chocolate cake and mint frosting.

To celebrate today, you could:

Around this time of year, McDonald’s starts serving a Shamrock Shake for St Patrick’s Day. Reputedly, customers can ask for a chocolate version, Chocolate Shamrock Shake, off the “secret menu”, if it is not officially offered in their area. [1]”Even though it was not officially on the menu, the Chocolate Shamrock Shake could be found on the secret menu. Only some customers knew about the tasty addition and had to specially request the version.” — Cooper, Amy. Celebrate National Chocolate Mint Day with a Shamrock Shake. Country 1025 Radio Boston. 19 February 2017. Accessed February 2021 at https://country1025.com/2017/02/celebrate-national-chocolate-mint-day-shamrock-shake-2/

There is also a variety of mint (as in the actual herb) called “chocolate mint” (which of course tastes entirely like mint and nothing like chocolate at all.)

Vizcaino-Lico, Kendra. Above And Beyond The After-Dinner Mint On This National Chocolate Mint Day. Epicurious Blog. 19 February 2014. Accessed February 2021 at https://www.epicurious.com/archive/blogs/editor/2014/02/chocolate-mint-day.html

This web site generates income from affiliated links and ads at no cost to you to fund continued research · Information on this site is Copyright © 2022· Feel free to cite correctly, but copying whole pages for your website is content theft and will be DCMA'd.
Tagged With: Chocolate, Mint