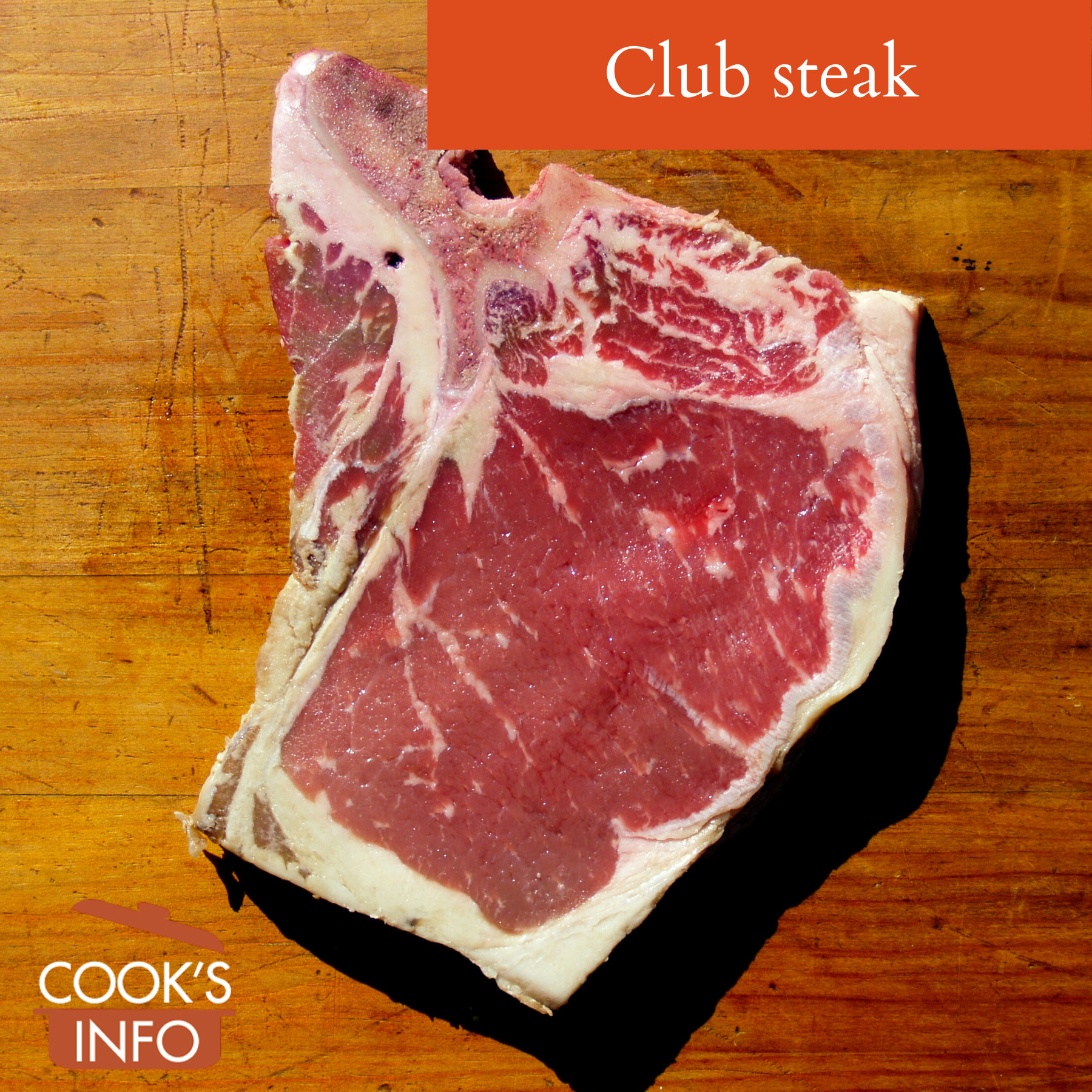 A club steak (aka wing steak) is smaller than a T-bone or porterhouse steak, and rectangular shaped (in some regions, it is a triangular cut.) It is basically a strip steak, but, it will have a rib bone in it.

Despite that, some people treat club steak as just a synonym for strip steak, though a club steak has a bone, and strip steaks are always boneless.

Club steak has the same flavourful eye section as does the T-bone, but unlike T-bone or porterhouse steaks, has no part of the tenderloin in it.

Choose ones with fine grain and good marbling.

This web site generates income from affiliated links and ads at no cost to you to fund continued research · Information on this site is Copyright © 2022· Feel free to cite correctly, but copying whole pages for your website is content theft and will be DCMA'd.
Tagged With: Beef Steaks, Club Steak, Steak