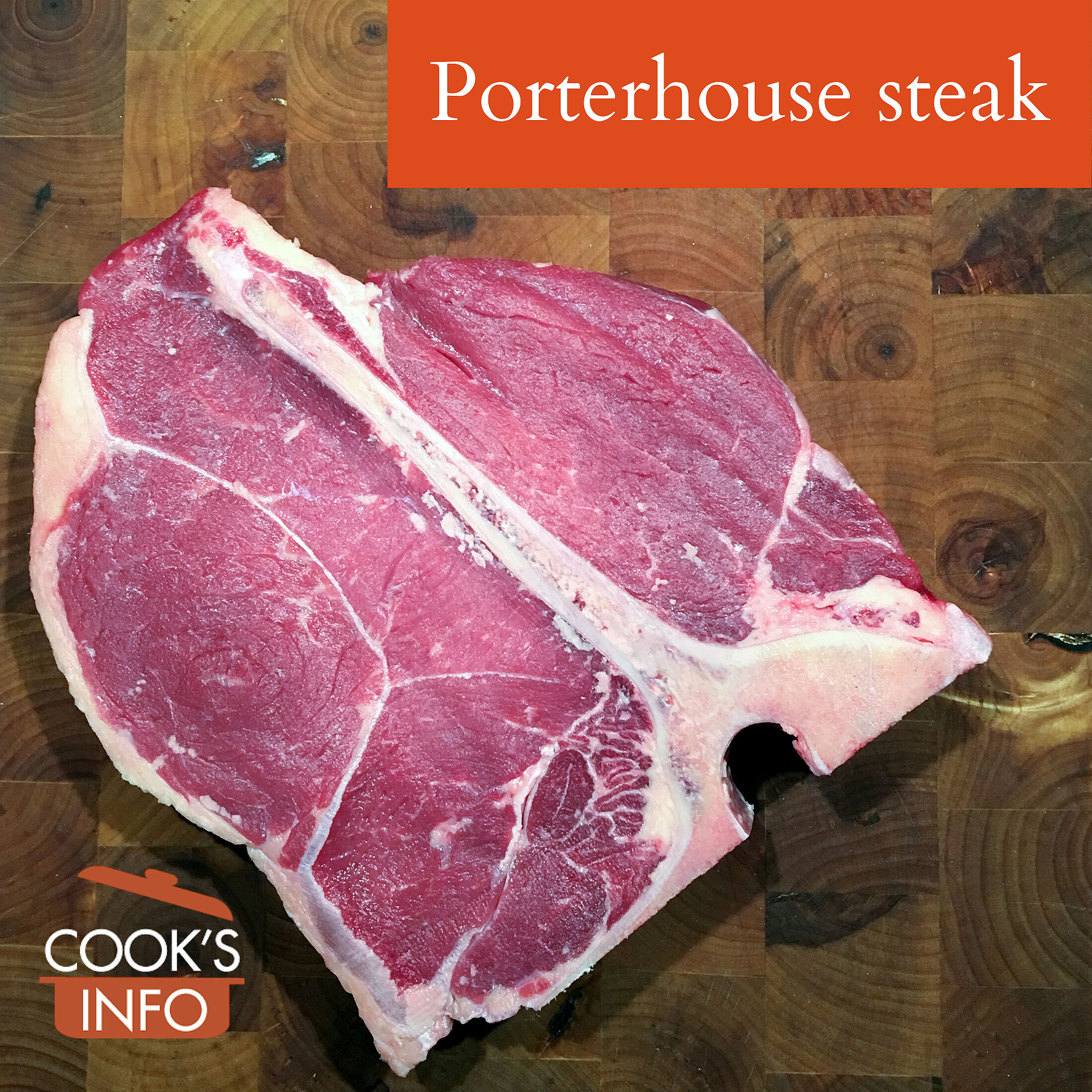 In North America, porterhouse is a very large, flavourful, juicy steak cut from the short loin and sold with a T-shaped bone in it. To be called a porterhouse steak, it has to have a portion of the tenderloin in it no smaller than 3 cm (1 ¼ inches) in diameter. This tenderloin portion in it is actually a filet mignon.

The porterhouse is the steak that many beef aficionados prefer over filet mignons.

“This was named after the porterhouses or coach stops during the eighteenth and early nineteenth centuries, when this cut was often served to travelers. It is the part of the short loin comprised of the sirloin and the tenderloin with a T-shaped bone between (usually a piece of the backbone and the finger bone). It is apt to have a bit of kidney fat as well, and often, though less so than formerly, a tailpiece of the flank is attached. In France, the sirloin and the tenderloin sections are called the filet and the contre-filet.” [1]Beard, James. American Cookery. Boston, MA: Little, Brown and Company. 1972. Page 256. 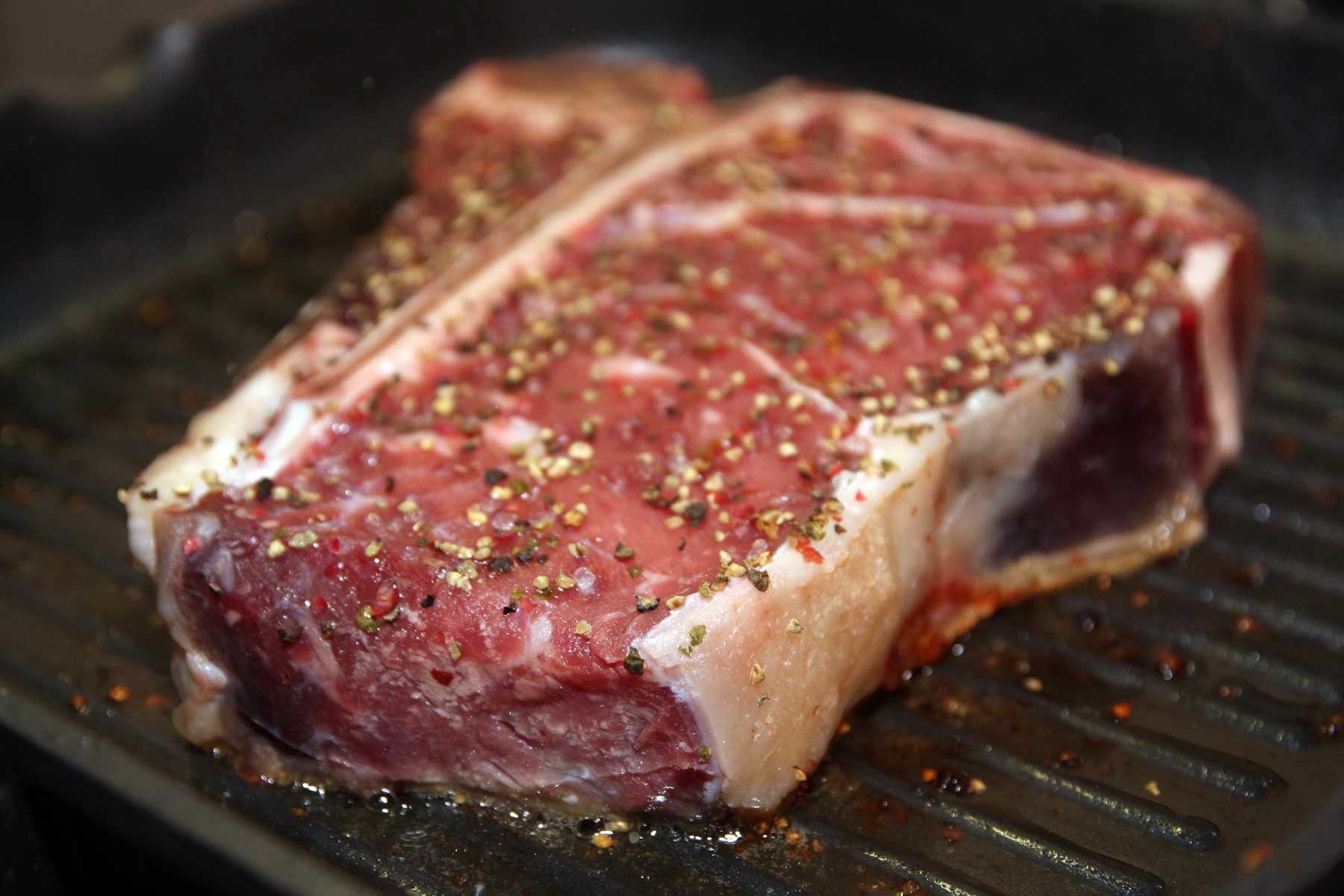 The Institutional Meat Purchase Specifications (IMPS) for the US and Canada lays out specifications for porterhouse:

“Item No. 1173 – Beef Loin, Porterhouse Steak – The steaks shall be prepared from any IMPS short loin item. The maximum width of the tenderloin shall be at least 1.25 inches (3.2 cm) when measured parallel to the length of the back bone.” [2]Institutional Meat Purchase Specifications (IMPS). Fresh Beef, Series 100. USDA. November 2014.

“Porterhouse: means that portion of the short loin which is separated from the T-bone by a straight cut passing immediately in front of (anterior to) the tip of the gluteus medius muscle and approximately through the centre of the body of the fourth lumbar vertebra. Note: Porterhouse may also be referred to as T-bone, yet T-bone, as described, may not be referred to as porterhouse.” [3]Canadian Food Inspection Agency. Beef – Meat cuts manual. Accessed July 2020 at https://www.inspection.gc.ca/food-label-requirements/labelling/industry/meat-and-poultry-products/meat-cuts/beef/eng/1348582373896/1348589471777

The definition of a porterhouse steak, as shared by Australia and New Zealand, is completely different. It is boneless, and is what North Americans would call a “strip steak.” 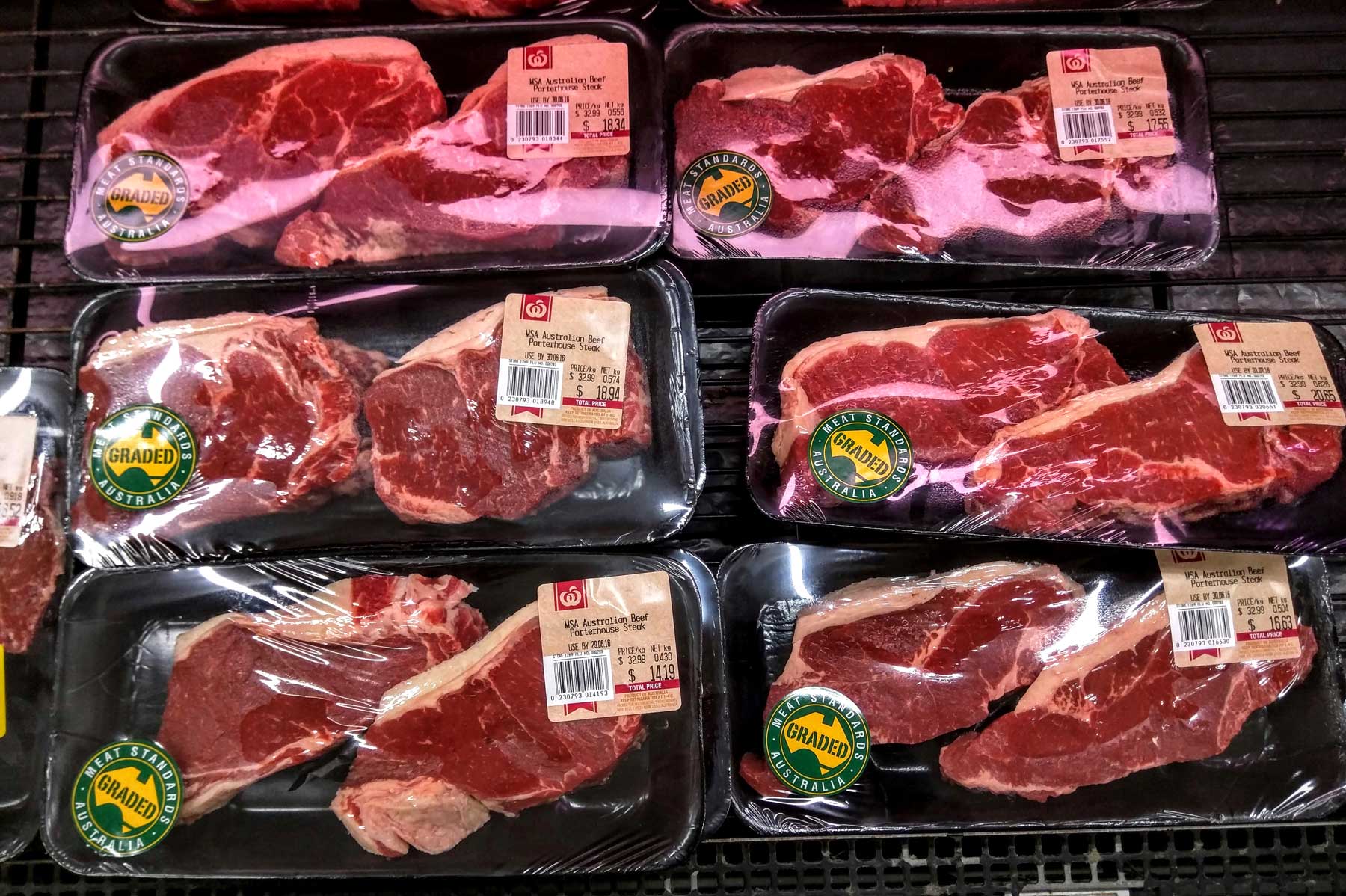 “A porterhouse steak for broiling should be cut not less than 2 inches (5 cm) thick and is better when cut 2 ½ to 3 inches (6 to 7.5 cm) thick. For pan broiling or sautéing, 1 ½ inches (4 cm) is ideal…. To serve a porterhouse steak: Using a sharp knife, cut out the bone. Then cut in medium-thin slices across the filet and the contre-filet, so that each slice contains some of both sections.” [4]Beard, James. American Cookery. Page 256.

The much-repeated story is that its name comes from 19th century English coach houses, where these cuts of steak were as popular as the porter they served to go with them. This sounds a little too pat, but it is known that it was being served under this name in 1814 in New York City by an innkeeper named Martin Morrison.

Mark Twain was clearly a fan of these steaks:

“A mighty porterhouse steak an inch and a half thick, hot and sputtering from the griddle; dusted with fragrant pepper; enriched with little melting bits of butter of the most unimpeachable freshness and genuineness; the precious juices of the meat trickling out and joining the gravy, archipelagoed with mushrooms; a township or two of tender, yellowish fat gracing an out-lying district of this ample county of beefsteak; the long white bone which divides the sirloin from the tenderloin still in its place.” — Mark Twain, while touring Europe in 1878. 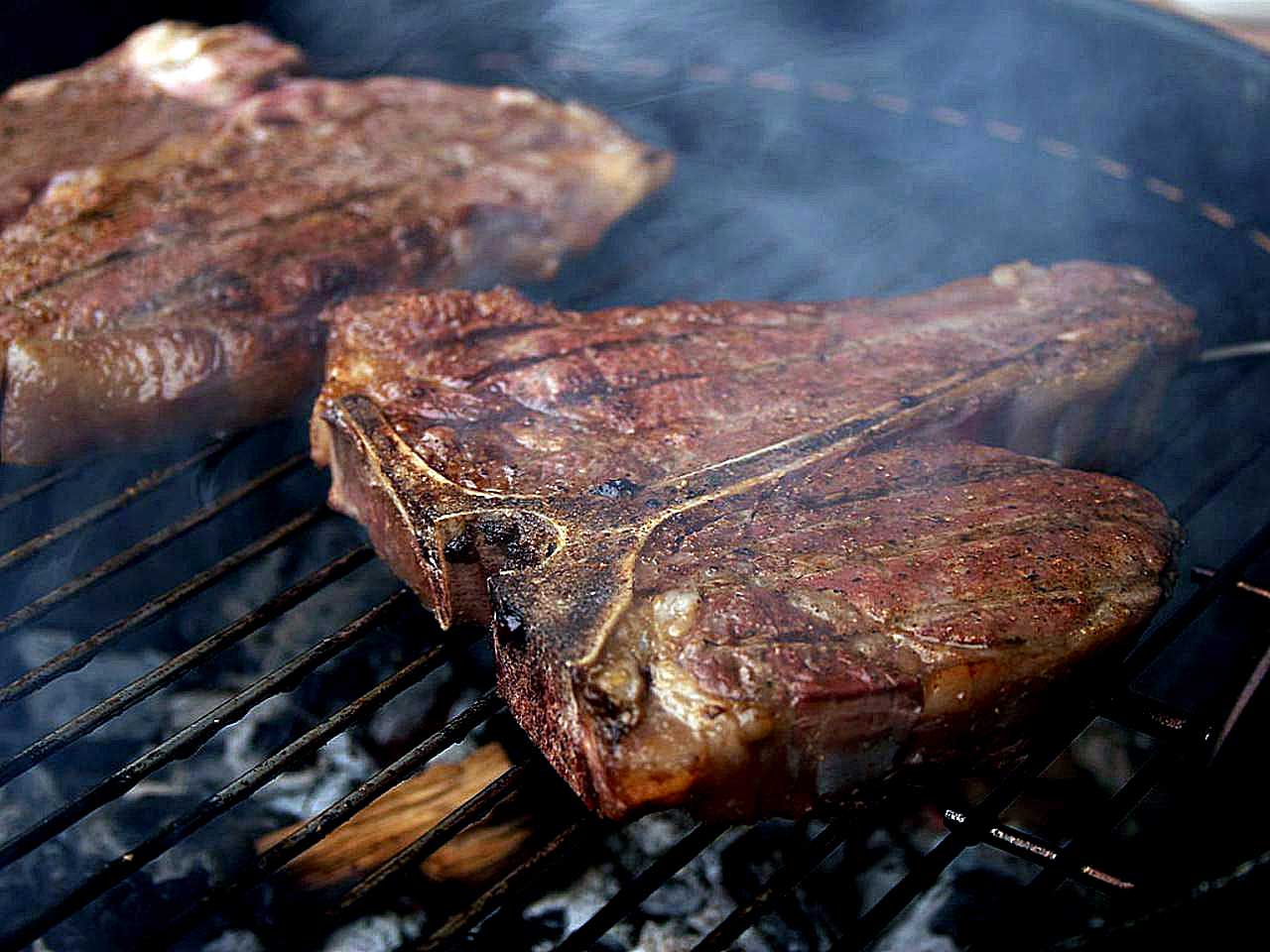