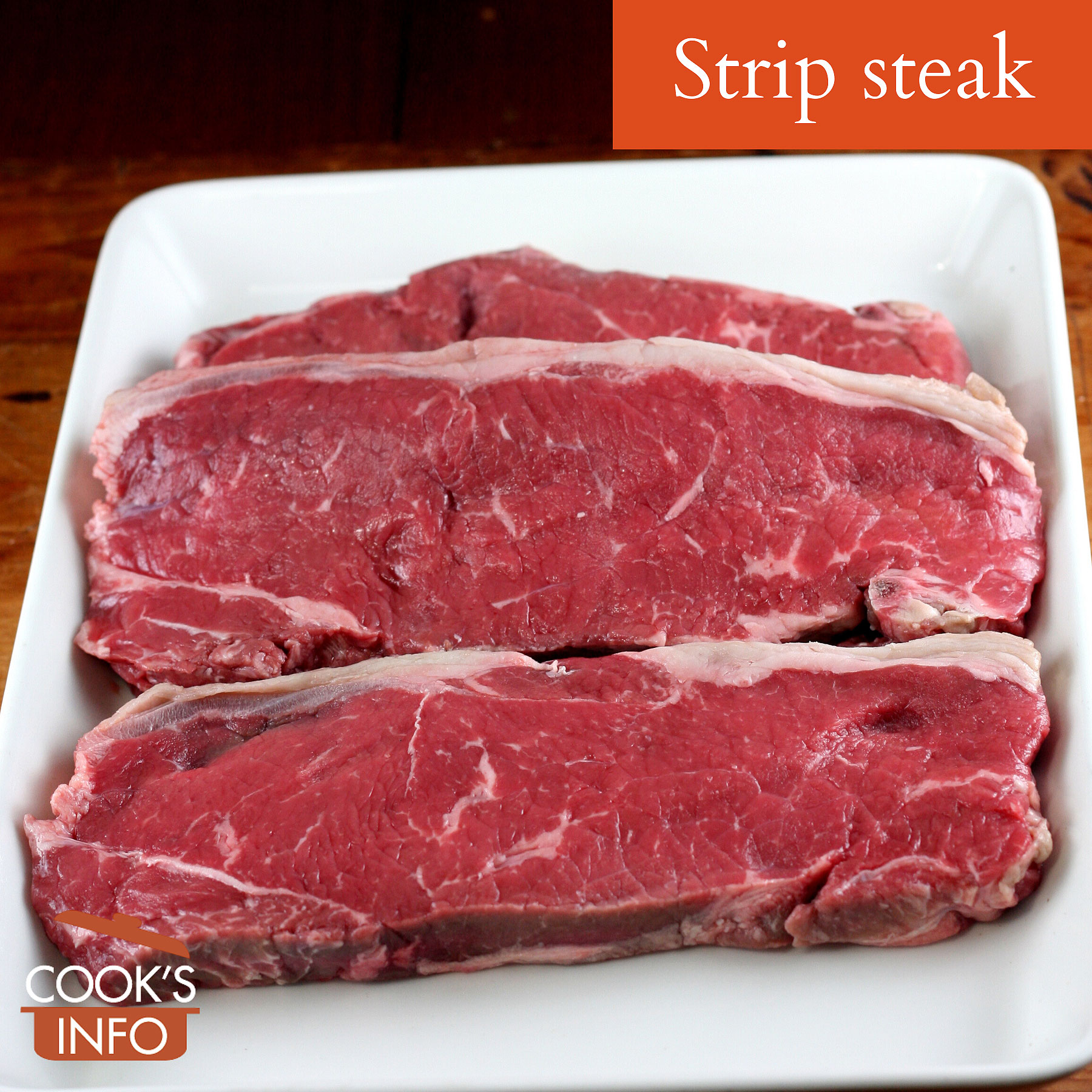 A strip steak is a good quality boneless beef steak.

Such cuts of beef are close to porterhouse or T-bone steaks, except the tenderloin piece has been “stripped” off. They range from 2 to 6 cm  in thickness (1 to 2 1/2 inches), though they can be thicker. They have good flavour and marbling.

The word “entrecote” is sometimes used to refer to a strip steak. This is not correct. A strip steak in French would be called the “faux-filet” or “contre-filet.”

A shell roast is a roast not yet cut into strip steaks.

“Boneless loin: Also called shell steak, strip steak, boneless sirloin, New York steak, and sometimes club steak. Don’t let the variety of names for this cut confuse you. Look for its location on a meat chart, fix it in your mind once and for all, and if you find yourself in another part of the country, check a meat chart with the butcher for the local nomenclature. This cut may be the porterhouse or T-bone steak without fillet. It is usually cut without bone and its eye is fairly small, but contains the very choicest meat. It is expensive. A single steak should be cut 1 1/2 to 2 inches (3.5 – 5 cm) thick, a double steak up to 3 inches (7.5 cm), and a steak for three or four persons is sometimes cut as much as 4 1/2 inches thick (11 cm) and broiled on all four sides. Treat this cut as you would a porterhouse. The same accompaniments are appropriate.” [1]Beard, James. American Cookery. Boston, MA: Little, Brown and Company. 1972. Page 259.

This web site generates income from affiliated links and ads at no cost to you to fund continued research · Information on this site is Copyright © 2022· Feel free to cite correctly, but copying whole pages for your website is content theft and will be DCMA'd.
Tagged With: Beef Steaks, Steak, Strip Loin Steak